Ray Epps told the FBI he expected a bomb attack near the Capitol on Jan 6: report

Documents have revealed that when Epps first called the FBI regarding his Jan. 6 participation, he told an agent that he expected a bomb would detonate on a side street near the Capitol. 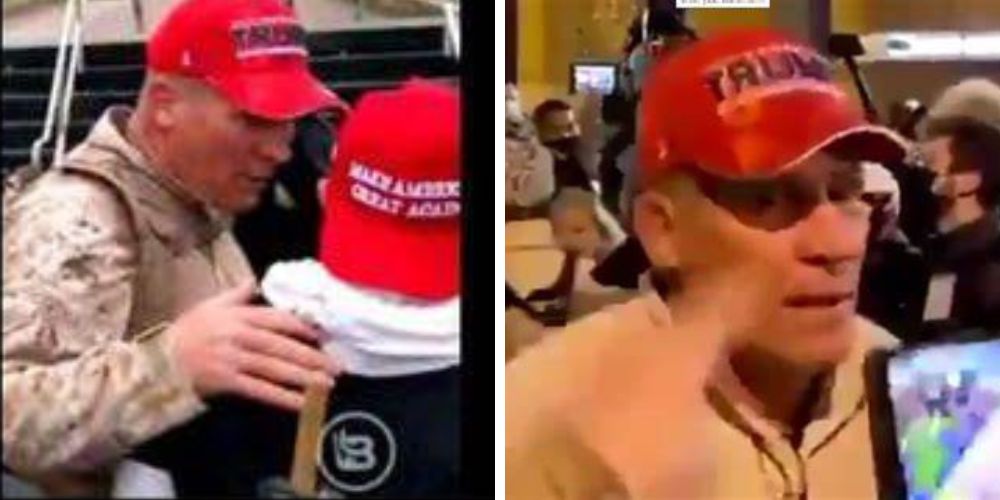 Despite James Ray Epps Sr. admitting he was guilty of trespassing on restricted Capitol grounds and confessing to urging protesters to go into the Capitol on Jan. 6, he has still not been charged.

Documents have revealed that when Epps first called the FBI regarding his Jan. 6, participation he didn’t mention how he begged protesters at several locations to go inside the Capitol, but he did tell an agent that he expected a bomb would detonate on a side street near the Capitol, according to an exclusive report from the Epoch Times.

The outlet obtained material including FBI interview summaries, FBI audio recordings, transcripts, videos, and photographs regarding Epps who at one time was No. 16 on the FBI’s Jan. 6 most-wanted page before his entry was later scrubbed from the list without explanation.

In an interview with Epps by FBI agents on March 3, 2021, Epps said he brought a first-aid kit in his backpack to Washington because he expected a terror attack.

Epps told an FBI agent and an FBI Joint Terrorism Task Force officer in a meeting at the Phoenix office of Epps’s attorney, John Blischak, "Yeah, I thought there might be a problem. That’s why I was there."

According to a recording of the interview obtained by the outlet, "I was afraid they were going to set off an explosion on one of the side streets. So, we tried to stay in the middle, tried to get there early, tried to stay away from the sides. And if something like that happened, I had a first-aid kit. I could help out."

Epps continued, "As time went on, I started getting a bad feeling like something’s gonna happen. There’s a lot of wackies out there. I thought something would happen in DC I thought there might be, what do they call them, EOD, something like that?"

The outlet speculated that Epps might have been referring to an improvised explosive device (IED), not an EOD which refers to an explosive ordnance disposal specialist.

An agent asked Epps, "Oh, you mean like a terrorist act?"

Two pipe bombs were found outside the Republican and Democrat party headquarters, near the Capitol. The devices did not detonate. To date, the FBI has not made any arrests in the cases.

Epps told the FBI he regretted the things he said in downtown Washington the night of Jan. 5, 2021. He spoke to internet personality Baked Alaska and video podcaster Villain Report, both of whom recorded their exchanges.

On Jan. 6, Epps was filmed in several locations near the Capitol instructing the crowd, "We are going to the Capitol, where our problems are. It’s that direction. Please spread the word."

At a gathering near the Washington monument, Epps said, "When we go in, leave this here [while pointing to something]. You don’t need to get shot," according to a video of the exchange.

According to the Epoch Times, in describing his activities, Epps never mentioned that he encouraged the crowds  to go into the Capitol the following day and instead claimed he tried to calm things down.

Epps also failed to mention that on Jan. 6 he used a bullhorn to encourage people to go to the Capitol as soon as President Donald Trump was finished speaking.

Epps told the FBI agents that he went to Washington to express his concerns about the 2020 presidential election and to support Trump. However, he claimed in the interviews that he followed crowds that left Trump’s speech early and walked toward the Capitol.

"People started leaving early after President Trump started speaking. So they were running and it was the same people that was, 'F Antifa,' and this and that and the other. I believe, just my belief, they were Antifa, the ones that were saying that stuff. And they were like running that way and I’m like, ‘Maybe I can calm this down.’ So I went with them."

According to the recordings and FBI summary documents. There were multiple contradictions and inconsistencies in Epps’ statements such as Epps telling the FBI on Jan. 8 that his brother-in-law called him to notify him his picture was on the FBI’s website. During a March 3 interview with FBI agents, Epps said, "Someone contacted me and said, 'Hey, your picture’s up.'"

Later in the interview when asked about his brother-in-law later, Epps stated, "He didn’t call me, he called my sister," before his wife interrupted and said, "That was me. And I can tell you exactly because he sent me a text, actually."

According to one of the agents during the Jan. 8 phone call between Epps and the FBI. Epps claimed he went sightseeing on Jan. 7. "No, we did that the day before," but then just a few minutes later he claimed, "Oh, you know what? The next day we did, no, we got up that morning and we went to the Vietnam Memorial."

Epps also repeatedly asked in the call if his photo could be removed from the FBI’s Jan. 6 website.

The agents asked Epps if his views had changed since Jan. 6.

Epps has met twice with the House of Representatives’ Jan. 6 Select Committee, but no transcript of the session has been released. A spokesman for the committee said in January, "Mr. Epps informed us that he was not employed by, working with, or acting at the direction of any law enforcement agency on January 5th or 6th or at any other time and that he has never been an informant for the FBI or any other law enforcement agency."

Sen. Ted Cruz (R-TX) questioned FBI officials about Epps in a January hearing, but to many questions, the officials refused to answer questions about Epps.