Rebel Media commentator Keean Bexte announced that he is cooperating with the RCMP in an ongoing investigation into an incident with Jessica Yaniv. 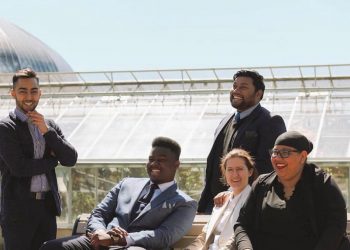 “Jonathan Yaniv assaulted me outside of a courthouse on Monday. And I’m very, very pleased to announce now that the RCMP are officially investigating him on criminal assault,” Bexte said in a video released on Twitter.

Yaniv could spend as much as five years in prison if found guilty.

Back on Monday, Yaniv appeared in court for prohibited weapons charges. While leaving the courthouse, Yaniv rushed at Bexte–who was asking if Yaniv would plead guilty while filming video–and attacked him. The video released went viral with millions of views.

The Rebel is also crowdfunding as it plans to file a civil suit against Yaniv as well for the attack. The media outlet prides itself in not just covering the news, but being a part of it.

“Depending on how it goes, this lawsuit could cost us as much as $40,000. But it’s about finally standing up to a bully who is so brazen that he actually felt confident attacking me, right outside a courthouse where he was already on trial for weapons offences. Someone’s got to finally stop him, and it looks like it has to be David and me,” says the Rebel article that also asks for donations to help pay for the lawsuit.

Last year Yaniv got in a physical altercation outside of her home with another Rebel Media personality, David Menzies.