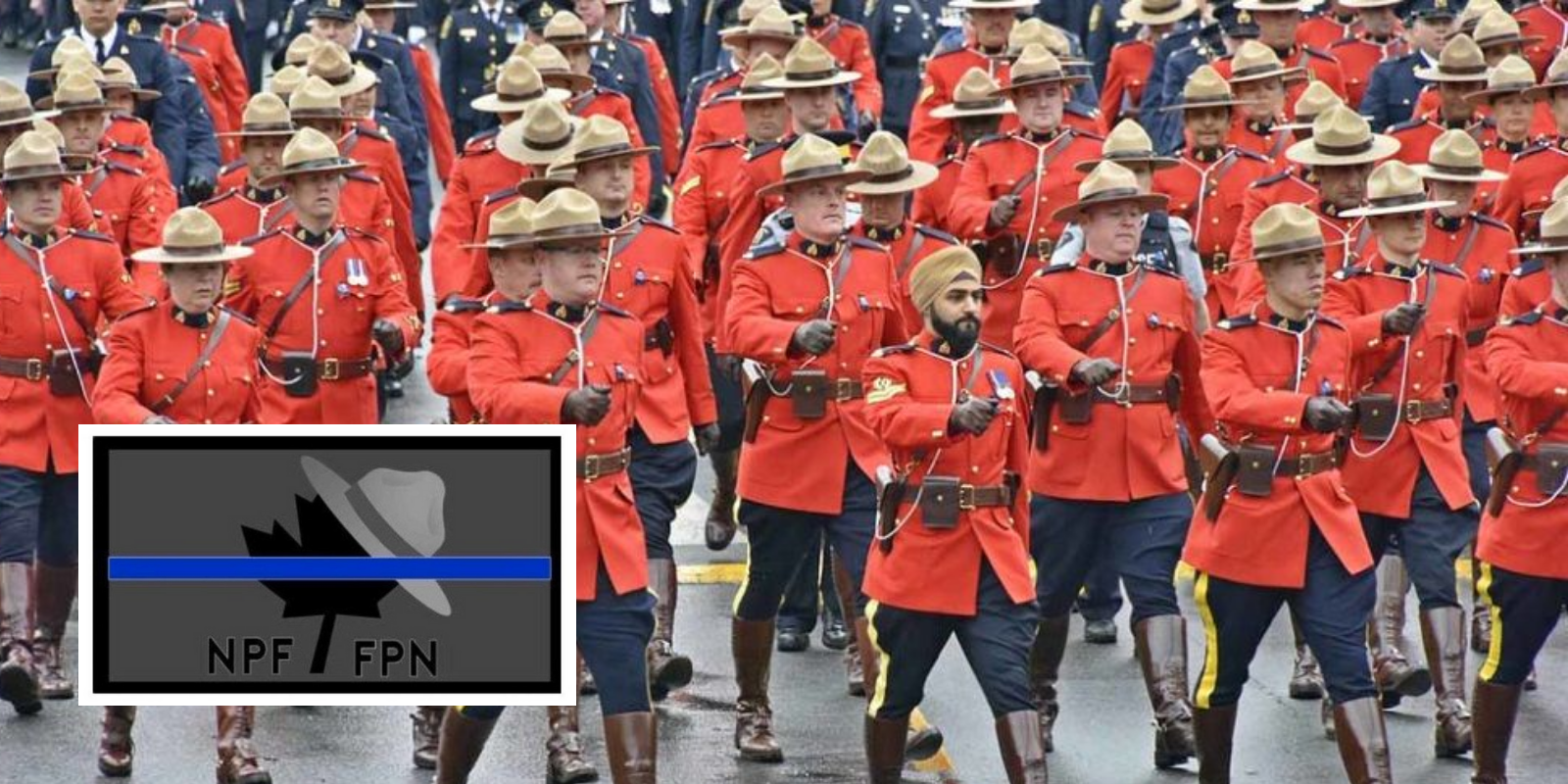 The National Police Federation, the union representing RCMP officers, is pushing back against a ban on police displaying "thin blue line" symbols, including uniform patches, while on duty. The ban was announced on Sunday.

The RCMP did not provide a specific reason for banning the symbol other than stating "it is not an approved symbol and is not to be worn on our uniform or displayed on other equipment." The RCMP did acknowledge, however, that the "thin blue line" is an increasingly recognizable symbol of "solidarity and support for police."

NPF President Brian Sauvé criticized the move in a letter, stating “officers in this day and age especially in the RCMP are an extremely diverse group that reflect all communities, that reflect all walks of life, so we should, as a group, embrace what makes us united." He described the symbol as "important and selfless," and further criticized the RCMP for not consulting with the union prior to banning the symbol.

Critics of the "thin blue line" symbolism have suggested that it is divisive and out-of-touch with how many communities feel about police, and that it creates an "us-vs-them" mentality where the lives of police officers are constantly at risk from the general population. Such expressions come amid a global movement to defund police departments, especially in North America, where they have faced widespread accusations of brutality and racism.

The NPF stated that they had already purchased "thin blue line" patches for all frontline police officers, which should be arriving in the coming weeks. The letter also encouraged officers to continue wearing the patches if they so please, going as far as to say the union will defend them against any disciplinary action.

The NPF called on its members to send them emails in support of the symbolism. They said they would share these responses on social media.