The key witness, an FBI informant, reportedly made up claims to get Assange in trouble. 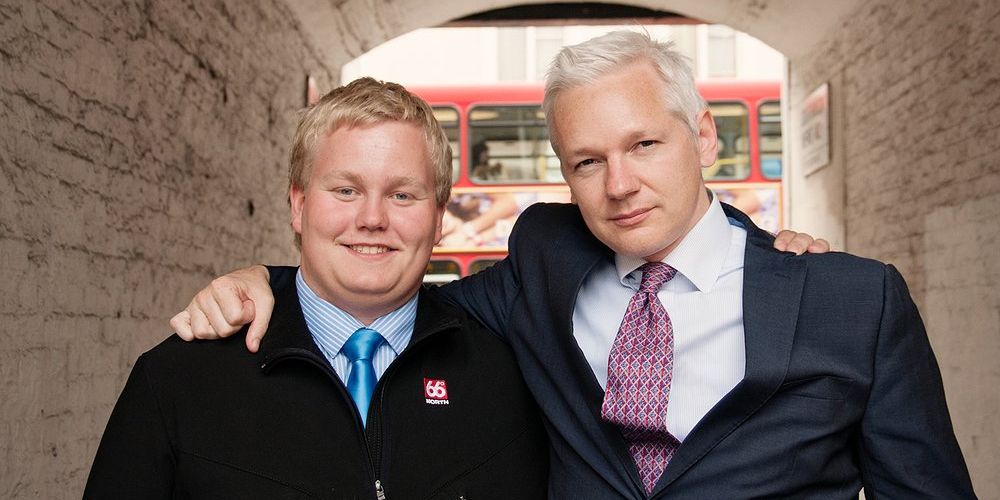 A key witness, an FBI informant propped up by US authorities in the case against Julian Assange, is being discredited by an Icelandic news outlet that claims to have interviewed him.

The current situation with Wikileaks founder Julian Assange involves the US trying to extradite him from the UK in order to face trial. To do that, the Department of Justice leaned heavily on charges of criminal activity in Iceland they claim happened in 2010 and 2011.

What US officials alleged Julian Assange committed in terms of crimes is cast into doubt by one Sigurdur Ingi Thordarson. He admitted to Stundin of fabricating evidence to get Assange indicted. Even though Thordarson himself talked with "international hacking groups," there’s no evidence from chat logs that suggests that Wikileaks staff knew about it. Thordarson’s connections to Wikileaks were in reality a limited fundraising basis, but he over-embellished his own role within the organization.

The chat logs in question do establish that Thordarson asked hackers to DDoS Icelandic websites and attempt to “access material” from certain entities in the country. But again there’s nothing to point to this being done at the behest of Wikileaks.

One of the accusations against Assange and Wikileaks was that in 2010/2011 that they hacked into members of Icelandic parliament and recorded the conversations of MPs.

"Thordarson now admits to Stundin that Assange never asked him to hack or access phone recordings of MPs. His new claim is that he had in fact received some files from a third party who claimed to have recorded MPs and had offered to share them with Assange without having any idea what they actually contained. He claims he never checked the contents of the files or even if they contained audio recordings as his third party source suggested. He further admits the claim, that Assange had instructed or asked him to access computers in order to find any such recordings, is false."

But this claim is what the newest round of court documents presented by the US to the UK purport.

In addition, there’s assertions that Assange and Sigurdur Ingi Thordarson collaborated to attempt to decrypt a “stolen” Icelandic bank file. The institution in question had gone under back in the fall of 2008, and by summer 2010 it was publicly being shared around. There’s nothing to suggest that Assange or associates stole it, rather that it was public by bank insiders.

Elsewhere it’s claimed that Assange "used the unauthorized access given to him by a source, to access a government website of NATO country-1 used to track police vehicles."

However, according to Sigurdur Ingi Thordarson, not only did Assange never ask for such inside access, but it was also Thordarson’s own login information that was offered to Julian. Thordarson worked as a first responder volunteer on a search and rescue team, which is why he had it in the first place.

The second half of the Stundin piece goes on to describe that Thordarson’s collaboration with the hacker Sabu of LulzSec fame was done after Sabu became an FBI informant, in June 2011.

Former minister of interior Ögmundur Jónasson is quoted saying: "They were trying to use things here [in Iceland] and use people in our country to spin a web, a cobweb that would catch Julian Assange."

In late June and early July 2011, US authorities set up a working partnership on the matter. The following month, Wikileaks staff were getting on Thordarson’s case about money made from merchandise. He transferred that money to a private bank account. Rather than try and answer for that, Stundin says Thordarson became an FBI informant instead.

Thordarson arrived in Reykjavik, Iceland, and within days the FBI tried setting up meetings with Thordarson.

But Ögmundur Jónasson told Stundin that something was off.  "I asked on what rogatory letter this visit was based and if this was exactly the same case. I then found out that this was of a totally different nature than previously discussed."

So US authorities were ousted from Iceland for overstepping their bounds.

They relocated to Denmark where the FBI tried to cooperate with Thordarson but it never really went anywhere meaningful. Thordarson even went to jail for crimes in 2013 and 2014, in a sign of fading US interests in using Thordarson as a source.

However in 2019 Trump’s Department of Justice took a second look at Thordarson and decided to give him full witness status, and immunity from prosecution alongside that.

Stundin describes the Obama administration’s previous hesitancy to prosecute Assange based on First Amendment concerns about freedom of press. However Attorney General William Barr’s apparent thinking was that Thordarson could give testimony that painted Julian Assange as a criminal rather than a journalist.