Last week, Senator Joe Manchin (D-W.VA), announced he would oppose Tanden which would break the 50-50 tie in the Senate in favor of the Republicans. 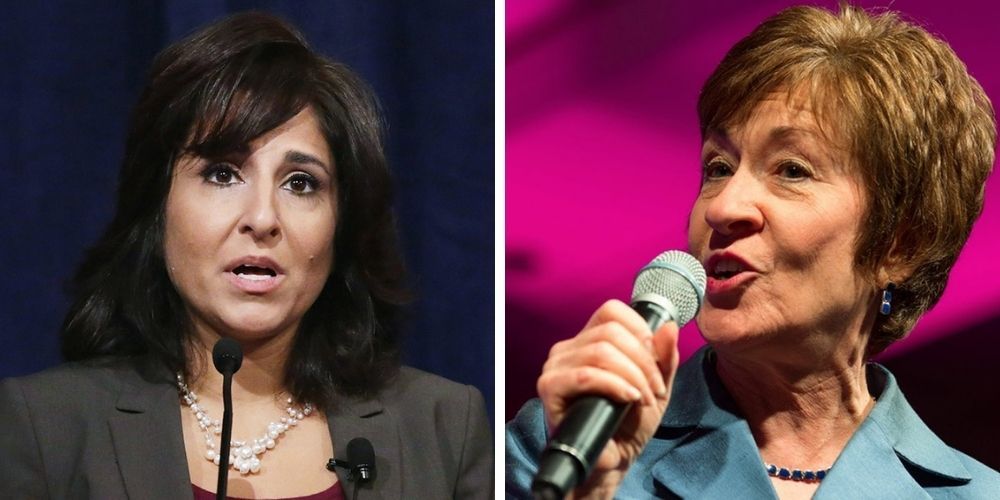 Reports indicate that Senator Susan Collins (R-ME), will vote against Neera Tanden, President Joe Biden’s controversial nominee to be the director of the Office of Management and Budget according to Axios.

Last week, Senator Joe Manchin (D-W.VA), announced he would oppose Tanden which would break the 50-50 tie in the Senate in favor of the Republicans. In the event of a tie, Vice President Kamala Harris would be the deciding vote.

According to Axios, "Tanden's uphill climb is emblematic of the challenges facing some of President Biden's remaining high-profile nominees."  Democrats are reportedly concerned that Manchin will likely also oppose other Biden nominess including Michael Regan, nominee for director of the Environmental Protection Agency, and Elizabeth Klein, nominee for deputy Interior secretary.

A 'no' vote from Collins does not guarantee Tanden's will be rejected, however, Collins has not yet publicly indicated how she will vote. Tanden, once called Collins "the worst" on Twitter.

On Friday, Sen. Bernie Sanders (I-VT) told CNN, "I will be talking to Ms. Tanden early next week," but would not confirm if he would support her. Sander’s Budget Committee is expected to vote on Tanden this week.

If Republicans like Senators Mitt Romney (R-UT) or Lisa Murkowski (R- AK) vote in favor of Tanden, Sanders could still oppose her.