Twitter users pointed out that if this had been any of former President Donald Trump's children, there would be widespread outcry, and got the hashtag #RacistHunter trending. 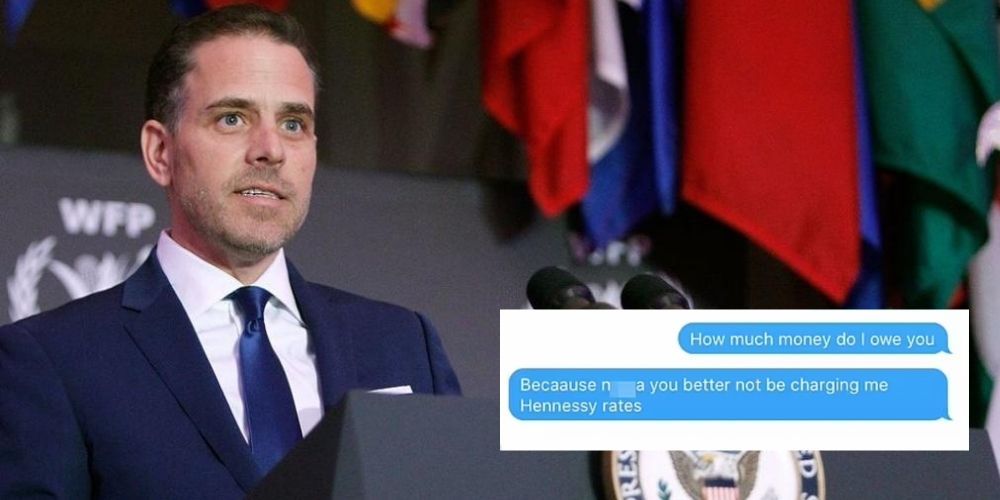 In a series of texts between Hunter Biden and his lawyer, Biden used the n-word to address the white lawyer multiple times.

One series of texts in December 2018 obtained by the Daily Mail shows Biden and corporate attorney George Mesires discussing pay.

"How much money do I owe you. Becaause n***a you better not be charging me Hennessy rates," said Biden.

"That made me snarf my coffee," replied Mesires.

The conversation continues on with Biden texting "That's what im saying ni…" with a photo accompanying it.

According to the Daily Mail, the photo in question was not downloaded onto Hunter Biden's laptop, from which the outlet recovered the messages.

"Why are you so tan?" Mesires responded to the photo.

"I'm sorry for sexting you accidentally that was meant for another friend named Georgia," Hunter replied.

In another exchange between the two recovered from January 2019, they discuss unconditional love and joked about Biden's penis.

"There are ideals of unconditional love that serve as proxies. I don't have many. You. God," wrote Mesires.

"OMG n***a did you just a fictional character from the imagination of the collective frightened and my dead brothers unconditional love is what I should rely on and my kids aren't children George," replied Biden.

"My penis as of late has been un conditional," Biden responded.

Later in the conversation, Biden said "'Its big penis George. They always find it. And I only love you because you're black."

"It's so annoying when you interject with frivolity," said Mesires, to which Biden responds "true dat n***a. But I'm done my rant."

A bill for Mesires time was sent to Biden's business partner Mervyn Yan, who was involved with Biden's deal with the Chinese oil company CEFC, showing an hourly rate of $845.

Twitter users pointed out that if this had been any of former President Donald Trump's children, there would be widespread outcry, and got the hashtag #RacistHunter trending.