REVEALED: Nancy Pelosi flouted lockdown rules to get her hair done at a salon that's still not allowed to open

The California congresswoman could be seen skirting business closure regulations on Monday as she had her hair washed and dried. 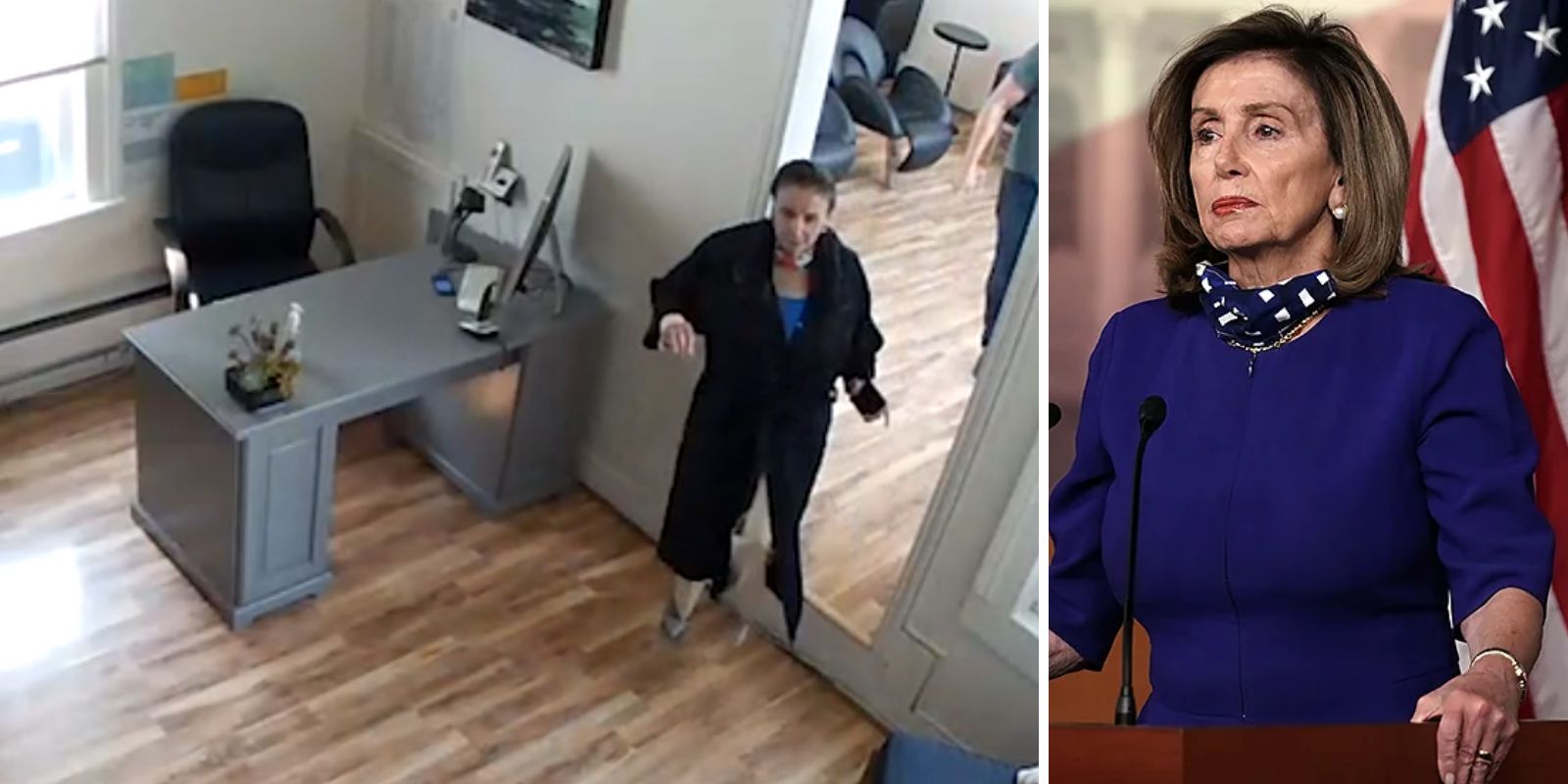 Nancy Pelosi got her hair done inside an actual salon in San Francisco. The California congresswoman could be seen skirting business closure regulations on Monday as she had her hair washed and dried. Blow-drying is forbidden because of how easily it can spread droplets.

According to the San Francisco Chronicle, the city has not yet allowed salons to open since they were shuttered in March. Salons are not allowed to open, per city regulations, until Sept. 1, and even then all services must be performed al fresco.

Fox News caught published the security footage, which shows a timestamp of just after 3 p.m. on Monday.

Pelosi reportedly had wet hair, and was not wearing a face mask, despite her advanced age and vulnerability to COVID-19. Her stylist was masked.

Erico Kious, who owns the salon, said that it was one of her independent stylists, who rents a chair in her salon, who serviced Pelosi indoors. That stylist contact Kious by text the day before the appointment, writing "I'll be ther at 2:45 tomorrow. Pelosi assistant just messaged me to do her hair."

Kious told Fox News that she was surprised, saying "I was like, are you kidding me right now? Do I let this happen? Who do I do?" She said that she doesn't control the stylists who rent her chairs.

She believed Pelosi's actions to be indicative of a double standard in place, one set of rules for those who make the rules, and another set for those who have to follow them.

Kious' shop has been closed since March, and as a single mom, who built this business, she said "The fact that they did this, and she came in, it's like a slap in the face."

"We're supposed to look up to this woman, right? It's just disturbing," she said.

"There were rules and regulations," Kious said, "to go by to safely reopen, which I did, but I was still not allowed to open my business." She had already erected plexiglass partitions, separated all salon stations by six feet, and created proper air flow using open windows. But it wasn't enough, apparently, and the city did not allow the July reopening.

She said "They never let us open." Even after salons are allowed to work outdoor, she will be unable to because the chemicals used in her salon's speciality, hair colour, are not permitted for outdoor use.

Pelosi's spokesman said that the speaker always follows the rules, but for Kious, who had anticipated being able to open her shop back up in July, and is still unable to operate indoors, it's just too much.