Canada's spy agency warned the federal government that invoking the Emergencies Act could radicalize protesters in the Freedom Convoy and potentially push some towards violence. 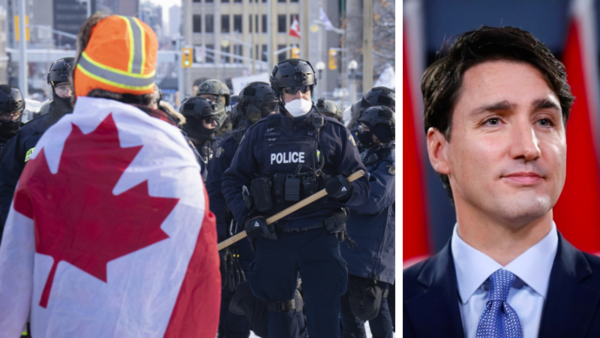 Alex Timothy
Nov 7, 2022 minute read
ADVERTISEMENT
ADVERTISEMENT
On Monday, it was revealed that the Canadian Security Intelligence Service warned the federal government that invoking the Emergencies Act could radicalize protesters in the Freedom Convoy and potentially push some toward violence.

The report from the Canadian Security Intelligence Service (CSIS) states that the agency advised the government about the possible galvanization of anti-government narratives within the convoy, according to the National Post.

This information was presented at the Emergencies Act inquiry on Monday and came to light during Windsor Mayor Drew Dilkens's testimony about the Canada-US border blockade.

Trudeau was advised of the CSIS report the day before invoking the Emergencies Act (EA) on February 14, 2022. The government was given advance warning of the significant and far-reaching consequences the act could bring.

"CSIS advised that the implementation of the EA would likely galvanize the anti-government narratives within the convoy and further the radicalization of some towards violence," the report said. It also gave mention of Ontario's declaration of a provincial state of emergency, adding that similar phenomena were already being seen in response.

The report also said that there is a high likelihood that invoking the EA could undermine people's confidence in the government and lead to some people with "extreme anti-government views" to believe that violence is the only way to express their discontent.

"CSIS advised that the invocation of the EA by the federal government would likely leads to the dispersing of the convoy within Ottawa but would likely increase the number of Canadians who hold extreme anti-government views and push some towards the belief that violence is the only solution to what they perceive as a broken system and government," the report says.

CSIS also reiterated its concerns during an undated meeting shortly after the act was invoked.

The federal government's use of the Emergencies Act was widely criticized at the time, with the premiers of Alberta, Saskatchewan, Ontario, and Quebec all condemning the use of the act. The Canadian Civil Liberties Association also determined that the government had "not met the threshold necessary to invoke the Emergencies Act."

The Emergencies Act was lifted less than two weeks later. The inquiry into the government's use of the act continues.