Protests broke out in Rochester this week over the death of Daniel Prude. Protestors disrupted traffic, injured officers, and harassed diners at an outdoor restaurant. 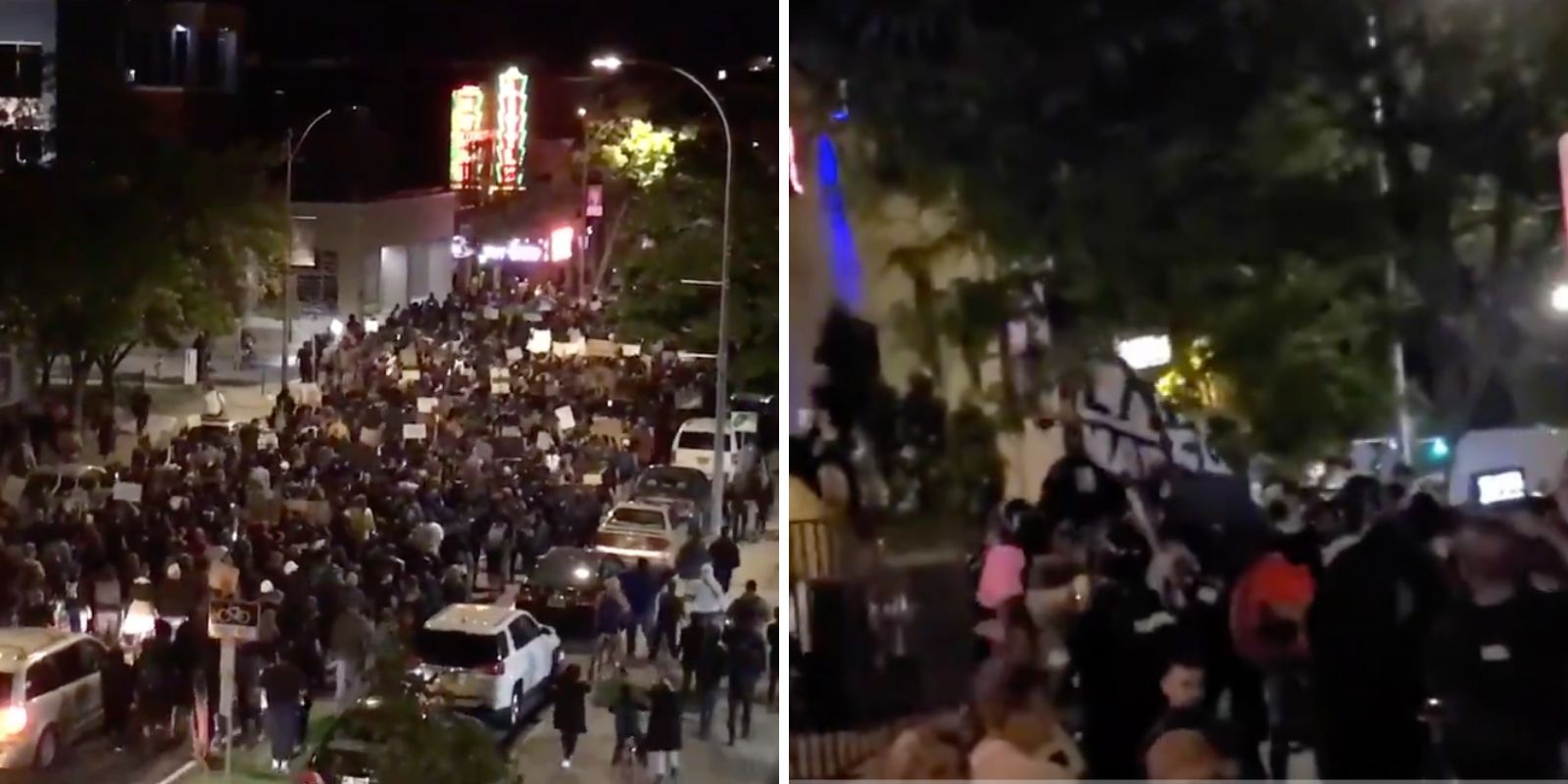 Protests broke out in Rochester, NY this week over the death of Daniel Prude. Protestors disrupted traffic, injured officers, and harassed diners at an outdoor restaurant. Daniel Prude, who died in March a week after he was arrested by police.

BLM protestors swarmed an outdoor restaurant while shouting "black lives matter" and forcing patrons from their meals. They threw chairs at tables, smashing glasses and plates.

One woman can be heard to yell: "Nobody's hurting them, we're shutting their party down, calm down," over the sound of breaking glass.

Another man shouted "If you don't give us our sh*t we'll shut things down." BLM protestors broke into the screened in outdoor dining area as well, pushing people out.

Of the 11 people who were arrested overnight in the city, three were charged with felonies. Jeremy A. Yager, 22, Barry M. Andrews, 25 were accused of first-degree rioting while Jaeylon Johnson, 21, was additionally charged with inciting a riot.

Three officers were hospitalized after rioters through projectiles and incendiary devises at them.

All officers have been released from care. Injured protestors were treated on the scene by self-appointed medics. Rachel McKibbens shared video of a protestor being struck by a car.

Georgie Silvarole of USA Today was on the scene and captured footage of the protest, which began in Rochester's Martin Luther King Jr. Memorial Park. It was something of a party, it appears, as music played and people ate pizza.

The protest marched through the city before becoming unlawful and turning into a riot.

The city had turned its investigation into Prude's death over to state Attorney General Letitia James' office, per state law that requires the death of unarmed persons in at the hands of police to be referred to the state as opposed to remaining under the auspices of local officials.

Rochester Mayor Lovely Warren told press: "I want everyone to understand that at no point in time did we feel that this was something that we wanted not to disclose. We are precluded from getting involved in it until that agency has completed their investigation."

This week, Prude's family obtained and released the body cam footage of Prude's arrest. After seeing the treatment of Prude, who was arrested while naked and intoxicated, protestors for BLM took to the streets in Rochester.

Prude, 41, died on March 30, as New York was gripped with the COVID-19 contagion. On the day of his arrest, March 22, he had been admitted to a nearby hospital as a result of suicidal thoughts. It was his brother who later called police on Prude, who had left his home, where Prude had been staying.

Forbes reported that Police found him naked in the street, and arrested him. Prude was reported to be compliant with officers' request for him to sit down in the street and put his hands behind his back. It was after Prude demanded an officer give over his gun that the "spit hood" was put over his head, to protect officers from COVID-19 droplets. Prude is reported to have asked that the hood be removed.

Body cam footage shows officers slamming his head against the ground and holding it there for two minutes. Shortly thereafter, they became aware that he had thrown up, performed CPR, and Prude was taken by ambulance to a nearby hospital. It was there that he died, a week later, after the removal of life support.

The AP reported that the medical examiner determined Prude's death to be a homicide that was caused by "complications of asphyxia in the setting of physical restraint." He was also reported to be on PCP at the time of his death.