ROASTED POTATO: CNN's Brian Stelter gets humiliated by guest on his own show

CNN's beleaguered host Brian Stelter was surprised on Sunday on his own show, when author Michael Wolff attacked him for being "one of the reasons people can't stand the media." 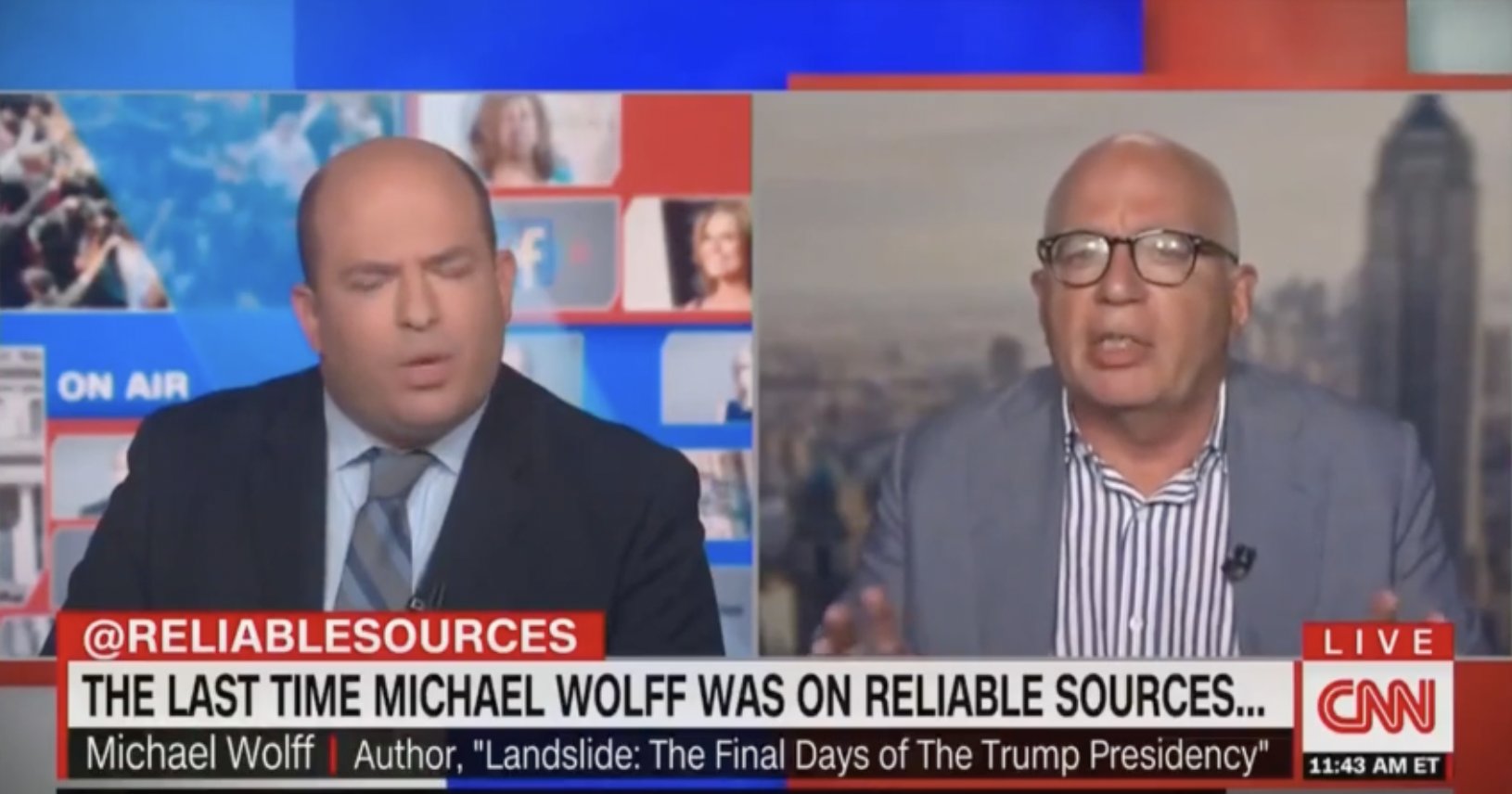 CNN's beleaguered host Brian Stelter was surprised on Sunday on his own show, when author Michael Wolff attacked him for being "one of the reasons people can't stand the media."

"I think the media has done a terrible job on this. I think you yourself, you know, you're a 'nice guy', you're full of sanctimony. You become one of the parts of the problem of the media."

"You come on here, and you have a monopoly on truth. You know exactly how things are supposed to be done."

"You are one of the reasons why people can't stand the media. I'm sorry"

"You're cracking me up," says Stelter, amid nervous laughter.

"It's your fault," insisted Wolff.

"So, what should I do differently, Michael?" asks a clearly shaken Stelter.

"Don't talk so much. Listen more. You know, people have genuine problems with the media. The media doesn't get the story right. The media exists in its own bubble."

Wolff continued, "You know, that last segment that I had to listen to, of all the people saying the same old stuff. You're incredibly repetitive, week after week. You're the flipside of Donald Trump. 'Fake news', and you say 'virtuous news'."

"No, we just figure out what is real," interjected Stelter.

"Well, Figuring out what is real is not so easy, and most people don't wanna turn to Brian Stelter to tell us what's real, I'm sorry."

"Well then, why did you bother coming on CNN a few times this past week?" replied Stelter, followed by nervous laughter.