The Facebook Oversight Board announced their ruling today that they would uphold Facebook's January ban on former President Trump. 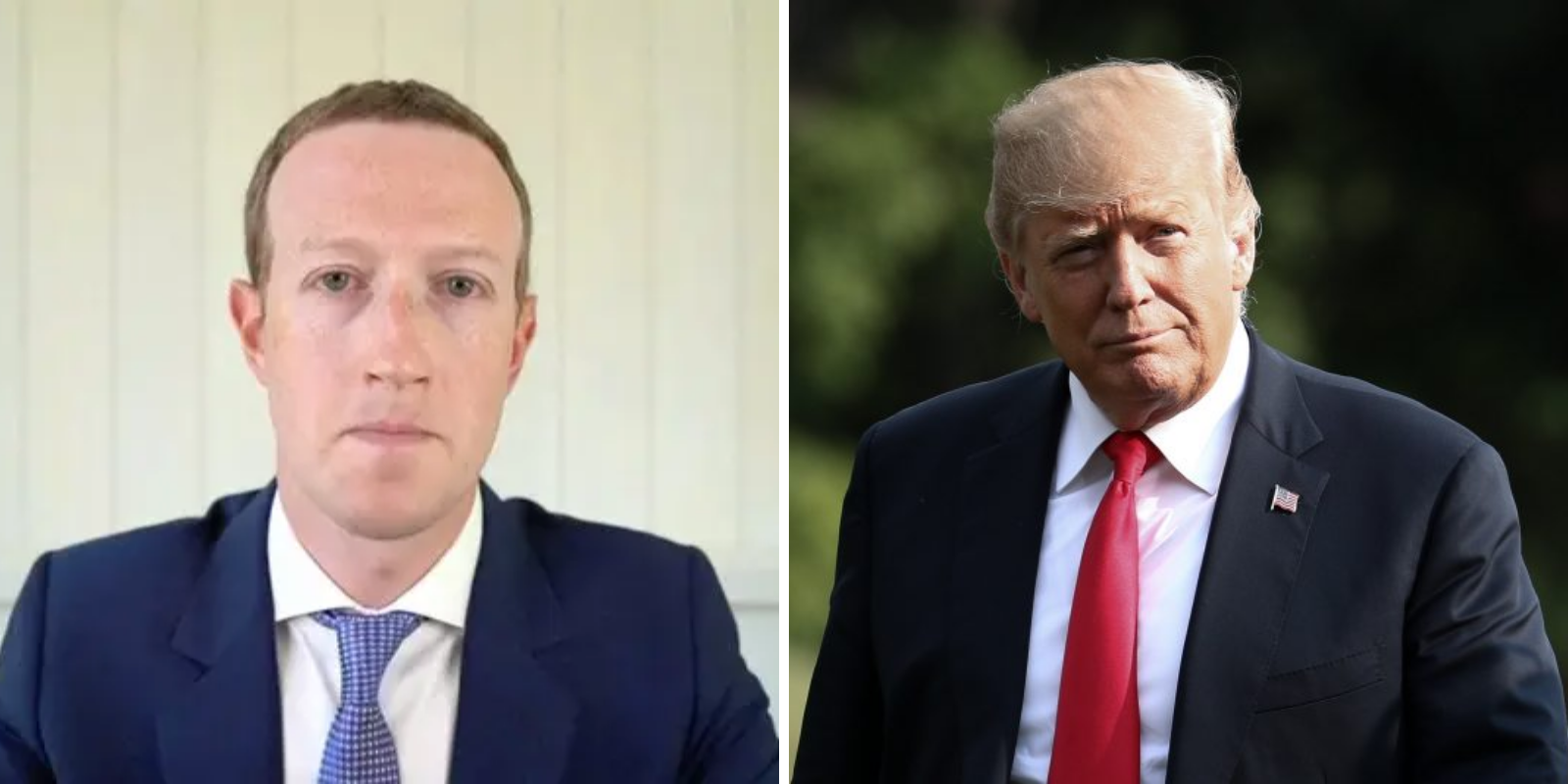 The Facebook Oversight Board announced their ruling today that they would uphold Facebook's January ban on former President Trump. In so doing, they said that the way the ban was implemented was inappropriate, and that Facebook had to review the decision in six months.

While Facebook CEO Mark Zuckerberg had implemented the Oversight Board in order to not have to take on the responsibility of the decisions either himself or on the company, this returns the decision directly to his desk.

They said that "Trump's posts during the Capitol riot severely violated Facebook's rules and encouraged and legitimized violence."

In announcing their decision, the Oversight Board said that Trump was not the only rules violator, but that "Facebook violated its own rules by imposing a suspension that was 'indefinite.'

That penalty, they wrote, "is not described in Facebook's content policies. It has no clear criteria and gives Facebook total discretion on when to impose or lift it."

As a result, the Board found that Facebook should "review this matter and decide a new penalty that reflects its rules, the severity of the violation, and prospect of future harm. Facebook can either impose a time-limited suspension or account deletion."

"Facebook," the Board wrote, "cannot make up the rules as it goes." However, the industry itself is unregulated, and Facebook has been at the forefront of social media. They have been making up the rules as they go along, because that has been the only option.

The Oversight Board said that instead of an indefinite ban, Facebook should either impose a ban with a set limit or delete the account altogether, not leave the account in limbo.

A time limited suspension, the Board wrote, wouldn't mean that a more permanent deletion couldn't still be implemented once that short-term ban was lifted.

However, the Board said that "The 'newsworthiness' of a public figure's remarks should never take priority over urgent action to prevent harm. Facebook must be far more transparent about how its newsworthiness policy works."

The Board also cautioned against censorship.

Trump was banned from the platform in the wake of the January 6 Capitol riot, when it was purported by mainstream media that Trump had caused the riot. The Oversight Board is funded by Facebook but is expected to operate independently of the platform.

The panel includes 20 people internationally, from academics to political leaders, who are tasked with deciding whether Facebook bans on content or individuals should be upheld or overruled. That board is based in London.

The board was created by Zuckerberg, and was meant to be an independent body that would act something like the Supreme Court. It was announced in January that the Oversight Board would take up the case of the ban against the former president. Individual users can flag content to bring to the Oversight Board's attention, as well, and the board has elucidated its process for handling claims and reports.

After the Capitol riot, the US House of Representatives brought impeachment charges against the departing President Trump. Those charges passed the Democrat-controlled House, but the Senate declined to take up the charges in their chamber.

Twitter CEO Jack Dorsey was adamant that Trump should not be banned while he was president, though his posts were flagged repeatedly, with warning labels placed over them. Once Trump was out of office, he was removed from the platform he had used throughout his presidency to communicate with the public.

Dorsey defended the ban, but ultimately said that the need to institute a ban was a failure of Twitter for not having been able to promote amicable and reasoned dialogue on the platform.

Since his removal from these social media platforms, Trump has taken up micro-blogging on his own platform, in addition to releasing messages via his Save America PAC through email.

The Oversight Board reported that they had received more than 9,000 public responses about Trump's indefinite suspension from Facebook's social media entities, which includes Instagram.

The board previously overturned five of Facebook's rulings.

When the ban was enacted, Zuckerberg said that "We believe the risks of allowing the President to continue to use our service during this period are simply too great." The rulings of the Oversight Board are final, and Facebook has said they would respect that. In this case, that means that Zuckerberg and Facebook have to take another look at their policy, and this rashly implemented ban.