"I assume that you chose me because you are a primarily white audience and my message is primarily to white people (and you value my work :)," DiAngelo told the university's event coordinator. 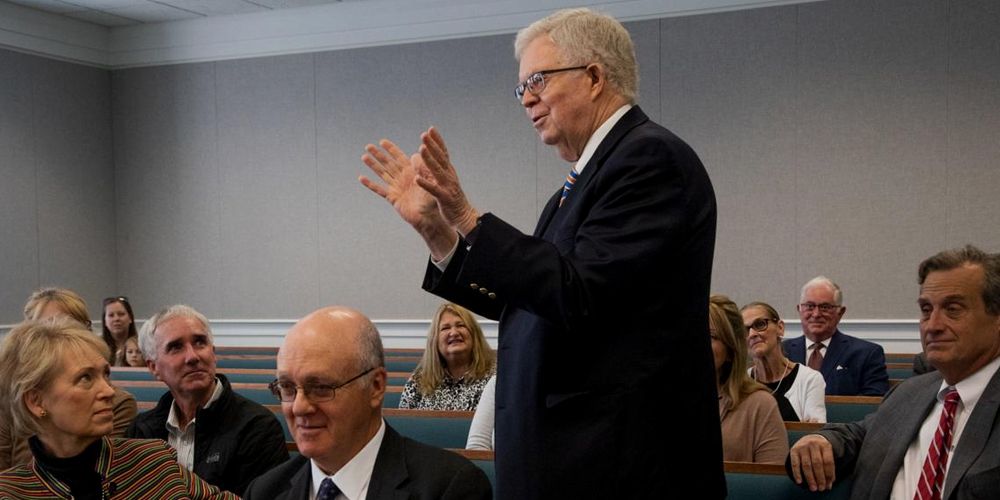 Robin DiAngelo, who penned last summer's smash anti-racist hit White Fragility, was scheduled to speak at a Diversity Forum at the University of Wisconsin in October. But when the school let her know that the event would be virtual, and asked if she would reduce her fee, she said absolutely not.

Students spoke up against the talk by DiAngelo, saying that the spot should be given to a black speaker. In an email sent to DiAngelo, a student said that "In the wake of George Floyd's murder and the worldwide protests, it seems one thing is overwhelmingly agreed upon by people seeking equity—that now is the time to elevate people of color's voices," the Washington Free Beacon reported.

"On that note," the email read, "I was wondering if you could share why such a prestigious speaking spot should be saved for you rather than a person of color."

DiAngelo, upon hearing these concerns, said that she would understand fully if the school decided to go with a speaker who was not white, telling the school that the student made a "good point," and she would "completely support" a decision to pull her from the keynote spot. But she said that if the university was hoping to reach white people, they should probably have a white person talk to them.

"I assume that you chose me because you are a primarily white audience and my message is primarily to white people (and you value my work :)," she told the university's event coordinator, "and you made this choice before the events surrounding the killing of George Floyd."

The University decided to keep her in the top speaking spot, but did ask her to lower her speaking fee since the speech would be pre-recorded, and virtual. She declined to do so, stating that $12,750 was already a steal for her anti-racist message of unity that is intended primarily for white people.

DiAngelo intends to continue to capitalize on her white-centric message to Americans who she believes have no chance of overcoming their unconscious racism and inherent bias. She's got a new book coming out, a follow-up, called Nice Racism: How Progressive White People Perpetuate Racial Harm.

In the book, to be published by Penguin Random House, DiAngelo writes "directly to white people as a white person..." and "identifies many common white racial patterns and breaks down how well-intentioned white people unknowingly perpetuate racial harm," according to the publisher.

Those patterns DiAngelo identifies include: "rushing to prove that we are 'not racist'; downplaying white advantage; romanticizing Black, Indigenous and other peoples of color (BIPOC); pretending white segregation 'just happens'; expecting BIPOC people to teach us about racism; carefulness; and shame."

DiAngelo slams white people, specifically "white progressives," who seek "community by co-opting Indigenous and other groups’ rituals create separation, not connection." She takes aim at "individualism," which has of late been categorized as a tenet of white supremacy by the Smithsonian, and by A Pathway to Equitable Math Instruction, among others.

Penguin Random House said that DiAngelo "challenges the ideology of individualism and explains why it is OK to generalize about white people, and she demonstrates how white people who experience other oppressions still benefit from systemic racism."

When it comes to non-white people reading the book, the publisher cautions that "Nice Racism is an essential work for any white person who recognizes the existence of systemic racism and white supremacy and wants to take steps to align their values with their actual practice. BIPOC readers may also find the 'insiders' perspective useful for navigating whiteness." The book comes with a study guide.