These "Digidogs" are extremely costly at roughly $75,000 each—while the starting salary for a NYPD rookie cop is $42,500. 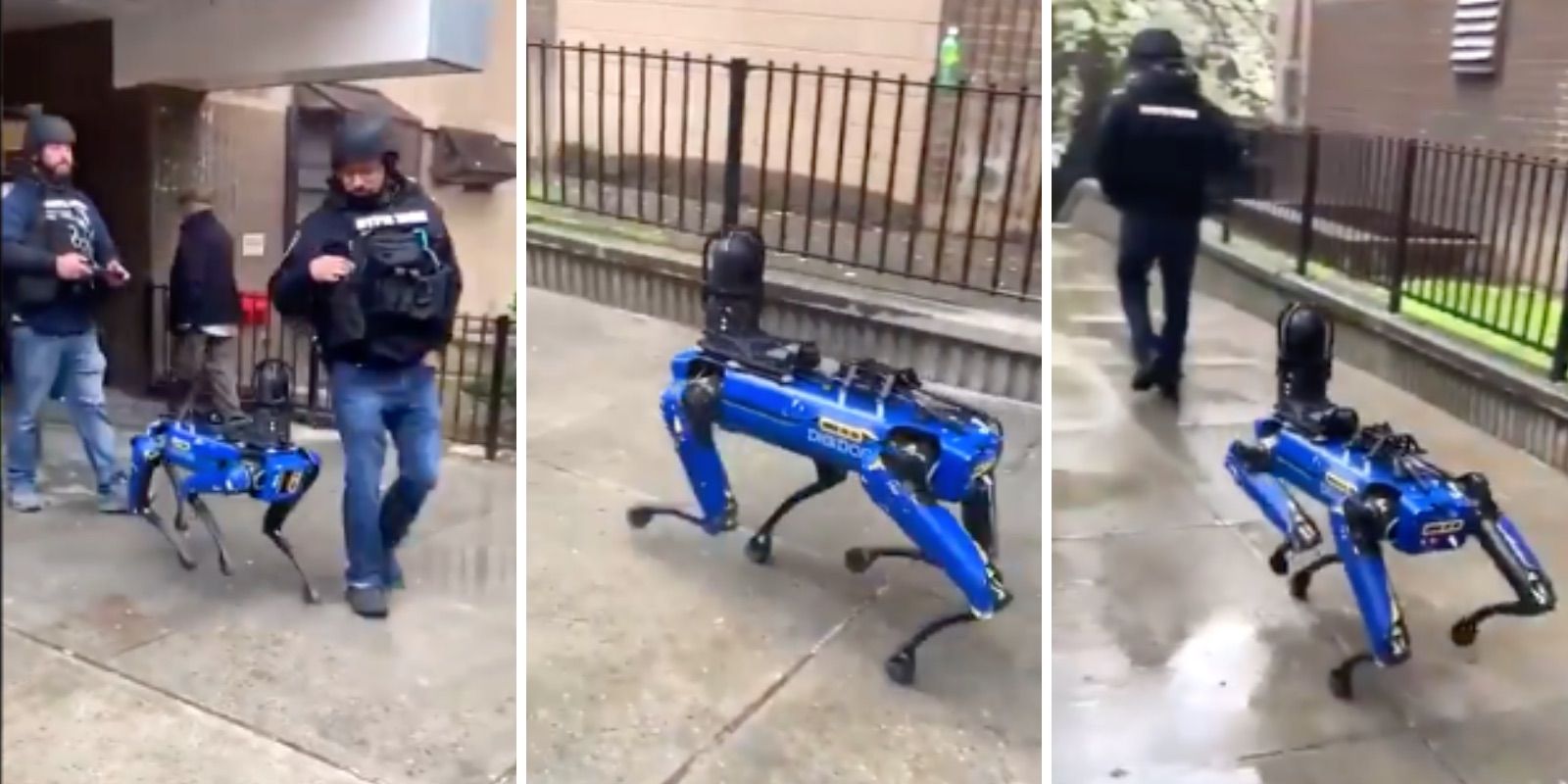 A viral video of a "robot police dog" patrolling New York City has many worried that the show Black Mirror is becoming a reality.

"We need to begin forming legislature BANNING the use of MILITARIZED AI. This is seriously terrifying, and I don't want to live in an episode of Black Mirror" wrote one user.

"Did we all forget about that black mirror episode or…" chimed in another. The episode they're referencing involves the protagonist trying to escape from robot dogs after the collapse of human society.

This addition to the force has been dubbed the "Digidog," and was developed by Boston Dynamics. Boston Dynamics also developed a similar robotic dog called the "BigDog"in 2005, which is ironically where Black Mirror drew inspiration for the aforementioned episode from.

Setting aside the concerns of a technological singularity, there are obvious fiscal concerns. These "Digidogs" are extremely costly at roughly $75,000 each—while the starting salary for a NYPD rookie cop is $42,500.

This comes amid Mayor de Blasio's caving to the "defund the police" movement and Governor Andrew Cuomo's demands for municipalities to "reform policing" under threat of depleted funding.

New York City "shifted" $1 billion from the NYPD's budget last year following the May 25 death of George Floyd in Minneapolis. Along with the cuts came cancelling the July recruit class, major reductions in overtime, and reduced contracts and non-personnel expenses. Why New York police were to suffer for the actions of a different police department 1,016 miles away remains a mystery.

New York City saw an explosion in crime alongside that defunding in 2020, with homicides up 41 percent and shootings up 95 percent compared to the year before. The "Digidog" is capable of running three and a half miles per hour, so they won't be in hot pursuit of anyone anytime soon.

Other commenters on the video did point to this as a waste of money, but most expressed concerns that the money wasn't being spent on other things such as healthcare and education.

New York's state government is twice as large as Florida's—per-capita—which is the number one state that New Yorkers are fleeing to. New York lost more population than any other state in 2020.

The real problem that New York is facing fiscally is a lack of efficient spending, and the Digidog is the latest example of that.

Matt Palumbo is The Dan Bongino Show’s "resident fact checker" and author of Dumb & Dumber: How Cuomo & de Blasio ruined New York, The Conscience of a Young Conservative, and other titles.