Andrew Scheer’s attempt to win seats in Quebec cost him seats and credibility with voters. 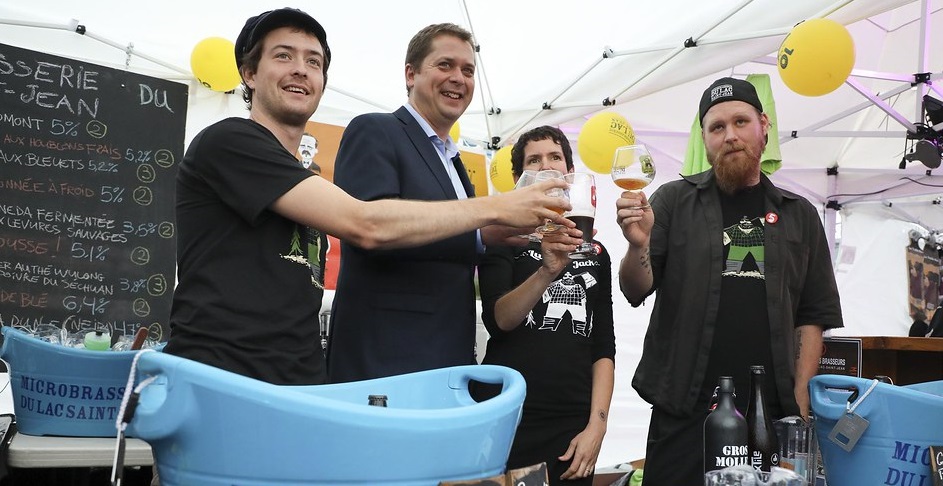 The Conservatives took only 10 seats in Quebec in the 2019 election, one less than in 2015. Some of these were safe seats. The Conservatives beat a second-place Bloc Quebecois by over 17,000 votes in one riding and by over 10,000 votes in 4 more ridings. In two others, they beat the second-place Bloc by 6,306 and 4,813. The only really close CPC win was in Chicoutimi-Le Fjord, by 614 votes. The CPC also beat Maxime Bernier, People’s Party of Canada leader, by over 6000 votes. The CPC’s average victory was over 10,000 votes in the 10 Quebec ridings they won.

Scheer’s team obviously hoped to pick up seats in Quebec. They apparently didn’t ask “Is that realistic?” and “At what cost?”

Scheer needed Ontario. He seemed to believe that saying very little of substance and taking no bold or innovative position on anything would do the trick, and that the Prime Minister’s own antics and scandals would bring him down. Evidently, voters needed more.

By “more” I don’t just mean in terms of policy difference, although Scheer’s party could have offered far more of that. I think voters needed to see more in terms of character difference. They know Trudeau is entitled, hypocritical, and untrustworthy. But what about Andrew Scheer, the career politician? Is he much different? On the campaign trail, it didn’t seem like it.

He needed to do more than attack a politically wounded Trudeau. He needed to present himself as a leader. Responding to brownface/blackface, Singh at least seemed sincere and concerned for Canadians. Scheer’s initial outrage seemed feigned. And in the debate, he seemed to relish attacking Trudeau too much–like he was happy blackface happened. Glee at another person’s failings isn’t a good look. But on substantive policy issues, he had little to offer. He was unclear on how to get pipelines built or how to balance the budget.

Honestly, I can’t think of anything Scheer said that made him stand out, except maybe that Quebec should be allowed to collect federal tax and to have more control over immigration. Scheer obviously hoped to pick up seats in Quebec and did plenty of pandering to that end. He even refused to say that he would legally fight Quebec’s efforts to block needed national infrastructure projects like pipelines.

Scheer was also unclear in his responses to questions about abortion (will you control your caucus on the issue? do you support funding abortions in other countries?). I’ve heard commentators say the CPC blew this election because Scheer is (personally, anyway) pro-life and socially conservative, while Quebec is very socially liberal. They fail to see that their obsession with gaining seats in the most liberal province is hurting them beyond it.

There are plenty of socially conservative voters in the GTA, and the Greater Vancouver Area, for that matter. For example, the prominent, pro-choice Conservative Lisa Raitt lost her GTA seat badly (by over 9,000 votes), whereas the openly pro-life Conservative Tamara Jansen took a GVA riding that the Liberals had won in 2015 by almost 6,000 votes.

Certainly, many potential CPC voters are pro-choice, but that doesn’t mean they can’t respect and support pro-life politicians. The evidence from swing ridings is that they can. But it’s easier to respect a politician who makes their position clear. Scheer did not.

Scheer gave his socially conservative base no reason to vote for him. He reneged on the promise of a tax credit for private school, which many southern Ontarians choose for religious reasons (even if they are not rich). He was ambiguous (or worse) regarding the freedom of caucus members to introduce bills to protect pre-born children, saying he would fight efforts to reopen the debate, but also that his party allowed different opinions and free votes(?). Unlike Harper, he was unwilling to state that his government would not fund abortion overseas.

That was not the only chance for principled leadership that Scheer flubbed. Quebec’s Bill 21 may have offered Scheer the clearest opportunity to distinguish himself as a principled leader and to give swing voters in the GTA and GVA a reason to vote CPC.

Fairly or unfairly, many people remain suspicious of the Conservatives’ commitment to religious freedom for minority faiths. The barbaric practices “tip line” gimmick in the 2015 election certainly didn’t help.

Those whose resting assumption is that the Conservatives do not like diversity would have had a solid reason to question that assumption had Scheer been the only one defending Quebec’s minorities. Religious voters who often vote Liberal based on their perception that the Liberals are the party that defends minority faiths might have changed their vote. And religious people who typically vote CPC would have had more motivation to go vote.

Scheer should have combined opposition to Bill 21 with opposition to the Liberals’ Summer Jobs attestation requirement, linking the two together in voters’ minds. The message: of course Trudeau doesn’t support religious people in Quebec–he’s discriminating against them across Canada. Canada Summer Jobs was Trudeau’s secularism law. In Quebec, it’s no public sector jobs for people who visibly express their faith. In Trudeau’s Canada, it’s exclusion from public benefits if you don’t profess Trudeau’s ideology. Which is worse?

Scheer’s office was maddeningly slow and cautious in its response to Canada Summer Jobs. The CPC seems so irrationally terrified of being painted “anti-choice” that they fail to show leadership on such fundamental issues as freedom of religion and expression.

One defence of Scheer’s silence on Bill 21 is that Conservatives respect the division of powers between federal and provincial government. Frankly, this supposedly principled reason hardly seems like the real reason for the Scheer campaign’s pandering. But if it was, it was mistaken. First, Scheer could have criticized the bill and called on Quebec to repeal it without violating the legal division of powers–that would simply be showing leadership.

However, Scheer could also have made the case that Bill 21 is constitutionally unacceptable, not only as a violation of the Charter (for which Quebec can invoke the notwithstanding clause), but also as a violation of our 1867 Constitution. Before the Charter was enacted in 1982, Canada’s courts protected religious minorities (particularly in Quebec) by holding that religion and political speech were matters beyond provincial legislative competence, meaning a province could not make these the direct target of any law, though they could be regulated incidentally. This protects minorities against regional biases.

Scheer professes to take religious freedom seriously. He has criticized the Liberals for closing the Office of Ambassador for Religious Freedom–which had a mandate to promote religious freedom abroad through diplomacy–and said he would reopen it. This would be much more convincing if he were willing to vigorously defend religious freedom at home, first. In this campaign, perhaps caving to liberal pundits and political consultants, Scheer failed to do so.

Scheer has done his best to present himself and his party as officially pro-choice. He said next to nothing about the issue of medically assisted suicide, even as the Liberals promised to expand it. Avoiding “life issues” seems par for the course among CPC’s leadership. Will weakness on freedom of speech and religion follow?

Principled leadership won’t always be rewarded politically, of course. Voters are flawed, too. But the irony is that Scheer’s political pragmatism gained him nothing. Rather, it cost his party in terms of credibility, image, supporter turnout, religious swing voters, and seats in Parliament.