Safe Consumption Sites not as effective as predicted

A bombshell study has been released on Alberta’s Safe Consumption Sites (SCS), which may have far reaching ramifications for future… 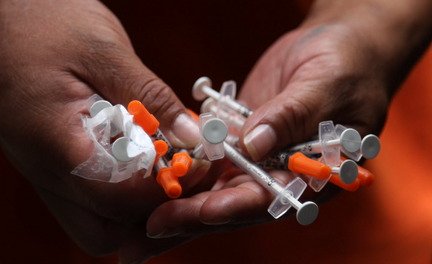 A bombshell study has been released on Alberta’s Safe Consumption Sites (SCS), which may have far reaching ramifications for future operations of these sites in Canada as well as for those slated to open in the US.

“The Supervised Consumption Services Review Committee was appointed to evaluate the social and economic impacts of current and proposed supervised consumption sites,” the report states.

Some of the key findings included conclusions that disprove long time adhered to talking points of SCS supporters.

There were variations in site operators’ definition of the term “overdose reversal,” and opioid-related calls for emergency medical services and death rates in the immediate vicinity of the sites continued to increase after the sites opened.

Calls to police to report criminal activity also generally increased near safe consumption sites, except in Edmonton. Local residents complained about lack of response to calls for police service, as well as “de-policing” near the sites.

There was an increase in needle debris on public and private property where SCS sites were located. This was a major concern for those who lived nearby, and helped create a perception among community members that the sites both decreased safety and increased crime.

One of the main arguments in support of SCS is that there are no deaths at the sites themselves. While only a doctor or a coroner can declare a person legally dead, there are usually none of these professionals on site.

EMT’s can respond to an overdose event at a site and take the person to a hospital where they are declared dead in the emergency room, removing the death event from the location of the site. Alternatively, an overdose victim can be saved by Naloxone on site but refuse further treatment, then leave the facility and die elsewhere. Neither of these deaths would be attributed to the site.

The report describes possible manipulation of data by SCS staff. “In many cases, ‘adverse events’ (even if non-life threatening or minor) are reported as overdoses, and the term ‘reversal’ is used even when the response was a simple administration of oxygen. This leaves the public with an inference that without these sites thousands of people would fatally overdose or no longer be alive.”

The Review Committee listened to residents’ concerns about how SCS were managed, organized, and operated. “Several citizens and organizations questioned the wisdom of allowing non-profit and non-medical organizations to operate the SCS, as opposed to a government agency such as Alberta Health Services (AHS).

“In its review and with discussions with site operators, the Committee became aware of concerns with issues of site governance, a lack of accountability, and a lack of standard operating procedures (SOPs). Where SOPs did exist, they were reportedly created ‘on the fly’ and were site specific with limited standardized approaches.

“The Committee was also concerned with reports of late and inconsistent financial reporting, obtuse reporting mechanisms and no clearly identifiable oversight body.”

While the supporters of SCS claim that sites are the pathway to treatment, “The Committee became concerned with the lack of focus on referrals to detoxification and treatment resources. Where it was suggested that referrals were made, no evidence was found to support action taken to follow up on such referrals.”

“Except for Edmonton, stakeholder feedback predominantly suggested that the SCS have had a negative social and economic impact on the community. In Edmonton, however, there were reports that stakeholders felt intimidated and were prevented from expressing their true sentiments and opinions about these sites out of fear of retribution from site supporters,” the report noted.

“The Review Committee also learned about questionable practices (for example, introducing non-injection users to injection practices by SCS staff); the use of 40 Naloxone reversal kits by a single client; the alleged misrepresentation of site statistics; and an apparent under-utilization of the full scope of care while inappropriately favouring harm reduction,” the report found.

“The Review Committee also noted that there were several potential liability issues for sites and staff arising from the information that had been provided.”

What is immediately evident is that the amount of crime increased substantially in the area immediate to the SCS. This could also be attributed to the fact that “Site users and operators typically believed that the Section 56.1 exemption allowed for a no-go zone for police within the proximity of the site. Evidence suggested a level of ‘de-policing’ near some sites.”

On the matter of policing, “Police officials indicated that having somewhere to take individuals other than cell blocks would be helpful. They noted that, often, jail was not suitable for these individuals, but that they were not unwell enough for hospital urgent care. Concerns were not limited to drug treatment programs, but were also directed toward obtaining mental health programming, other medical treatment and integration with social services, such as housing, employment and life-skill programs.”

Another concern cited in the report was that “Needle debris was a substantial issue with many residents complaining about used and unused needles, broken crack pipes and other drug-related paraphernalia being discarded in the vicinity of the sites and in public areas near the sites.”

“On the negative side, it was asserted that the SCS served as a magnet that attracted drug users and drug dealers into the neighbourhood,” the report said. “As this population purportedly increased, crime and social disorder reportedly increased, thus causing property values to decline. Business owners also indicated that the overall level of crime and social disorder had a direct effect through property theft and an indirect effect through the reluctance of customers to visit the area through fears of victimization, harassment and one’s general personal safety.”

Site proponents argue that by providing a safe, non stigmatizing environment, drug users will use the SCS rather than consume their substances on the street or elsewhere in unsafe settings. During the site reviews, it became evident to the Committee that a significant amount of drug use and illicit drug dealing continues near SCS sites.

The Review Committee heard of users asking for, and receiving, up to 500 needles at a time, as well as unlimited quantities of “party packs” (that is, tie-offs, sanitary wipes, cookers and other paraphernalia). When asked about this policy, some site operators informed the Committee that they did not impose limits on the number of syringes disbursed.

Another concern for residents was the appearance of homelessness near the site.

“Although homelessness was identified as not part of the review, given their locations and their intended target populations, SCS and their clients are inextricably linked to the issue of homelessness and economic marginality,” the report noted. “While it is likely that most drug users are not homeless, a significant portion of SCS clients fall within that demographic.

In many ways, residents note that this is an issue of perception. “Many proponents as well as opponents of SCS maintained that much of the perceived social malaise associated with SCS was linked, not just to drug consumption, but also to the consequences of homelessness. In the minds of many citizens, the appearance and especially the location of tent cities was linked to the location of SCS.“

The report goes on to say that “While most drug users are not homeless or economically marginalized, many drug users fall into that category. To support their use, many turn to marginal or criminal activities to pay for their drug supply. Typically, those activities range from panhandling to theft, robbery, fraud, prostitution or the secondary distribution of illicit substances. Persons selling drugs—drug dealers—will also engage in crimes such as assault or intimidation to collect debts incurred by drug users.”

The concerns brought to light in the report mirror concerns of long time opponents to SCS and may put a hold on more sites being opened.