San Franciscans arm themselves to walk to work past drug clinics

A 31-year-resident of the neighborhood named Ghis said, "More troublemakers settling in, feeling comfortable doing their drugs, pissing and sh*tting in the street blocking the sidewalks," all because of RISE. 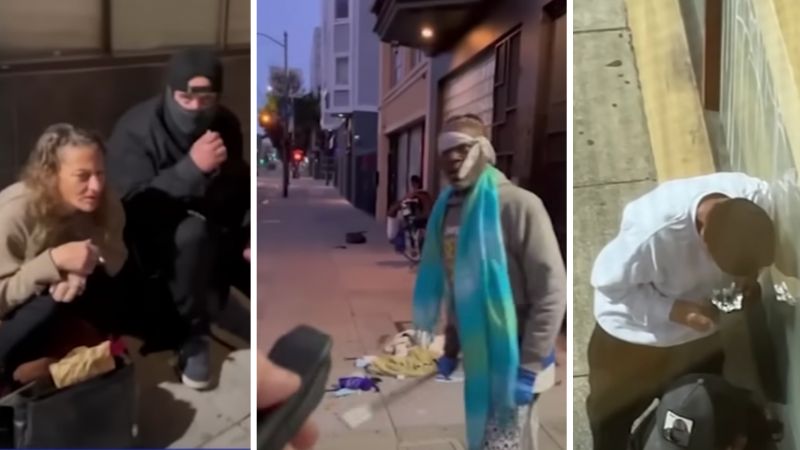 In June, the SOMA RISE Center, a drug sobering facility, opened in northeast San Francisco and attracted dangerous drug-addicted vagabonds to the area, causing residents of the once peaceful neighborhood to walk with weapons such as baseball bats and tasers for self defense.

According to local news, a 31-year-resident of the neighborhood named Ghis said, "More troublemakers settling in, feeling comfortable doing their drugs, pissing and sh*tting in the street blocking the sidewalks," all because of RISE.


"They're letting their clients come out here and get high, go inside and get sober and then get high again," said Mark Sackett, a businessman who said the drug-addicted itinerants have cost him $100,000 in lost business.

It's so bad, according to ABC 7, "Some even resorted to arming themselves against the belligerent or violent with baseball bats and tasers."

The Daily Mail reports that Democratic San Francisco Mayor London Breed said at the center's opening, "Our city is experiencing a substance use and mental health crisis that is sadly affecting far too many residents. As we continue to address the challenges on our streets, we need to do all that we can to focus our resources and our efforts on those who need it most."

"The opening of the SoMa RISE Center will not only provide a safe space for individuals in need, but it brings us one step closer to making a difference in these people's lives and the lives of all San Franciscans," Breed added.

Bill, another local, said that since the location opened "'Every morning it's a roulette. When you show up at your office, are there going to be 10 people passed out in front of your building? Are they going to be violent? This was never a problem before HealthRight 360 moved in."

HealthRight 360 operates the center and its CEO, Vitka Eisen said on Monday, "I would go so far as to say, be patient with us."

Bill said, "If you ask me, it should be closed down and there should be other approaches to the homeless and drug problem we're all facing."

The center is a pilot program that will be reassessed at the end of its 18-month contract with the city. $4.2 million in taxpayer money has gone to the facility.

The San Francisco Department of Public Health told Fox News that "We will continue to work with the community and HealthRIGHT 360 to achieve both of our immediate and important goals: to provide care and treatment connections for people with substance use disorder and to meet the needs of our neighbors to feel safe in the area."