Since the fiscal year 2016–17, San Francisco has spent over $2.8 billion on homelessness, but year after year, the number of homeless in the city continues to spike. 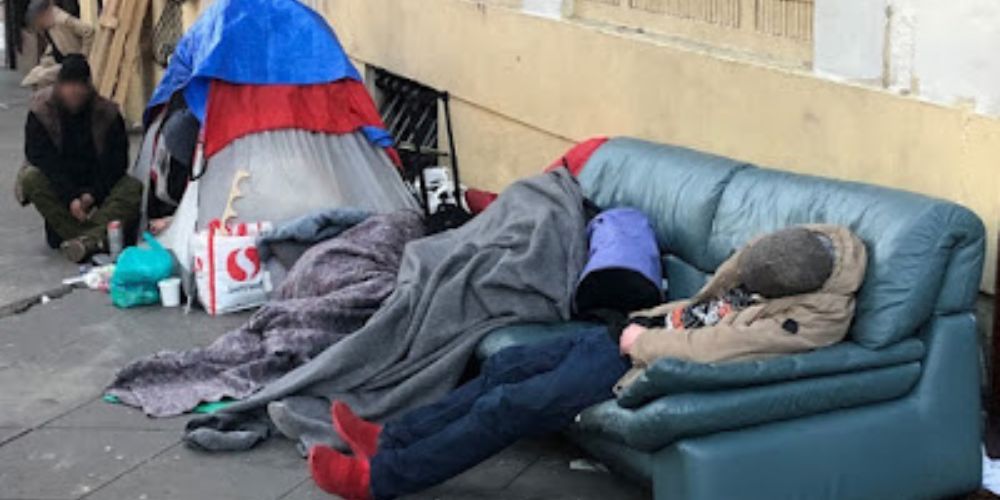 San Francisco will have spent $1.1 billion on homelessness in the fiscal year 2021–22, which is more than some city's entire operating budgets. Yet homelessness, crime, drug abuse, and the quality of life in the city have only gotten worse.

According to an analysis by the Hoover Institute, since the fiscal year 2016–17, San Francisco has spent over $2.8 billion on homelessness, but year after year, the number of homeless in the city continues to spike, as do opioid overdoses, which outnumber Covid deaths as the city has become one of the most dangerous in the US.

The number of homeless in San Francisco has increased from 12,249 to 19,086 since 2016 equaling roughly 2.2 percent of the city’s total population of about 860,000 which is over 12 times the national average. That amounts to roughly $57,000 spent on each homeless person annually.

The analysis pointed out that "there is little or no accountability within the city’s government to evaluate the efficacy of its spending. Some of the city’s programs are so poorly managed that some homeless people likely prefer living on the streets to the facilities that are being provided to them at enormously inflated costs to taxpayers."

According to the outlet, in 16 of these hotels, the city failed to oversee and evaluate the program which created “a pattern of chaos, crime, and death.”

San Francisco’s permanent supportive housing did not fair any better. The analysis revealed that of the 515 tenants within permanent supportive housing that were followed by the city, 25 percent died while in the program, 21 percent returned to homelessness, and 27 dropped off the grid. The remaining 27 percent moved in with family or friends or into another taxpayer-subsidized building.

In 2020 and 2021, at least 166 people died from drug overdoses in the hotels, which accounted for 14 percent of all confirmed overdose deaths in the entire city.

The analysis also described how the homeless that were placed in the hotels have "threatened to kill hotel staff, chased them with metal pipes, and lit fires inside hotel rooms." Additionally, "Tenants attack each other, including one person who sprayed pesticide into their neighbor’s eyes on at least two occasions. One tenant slashed another’s face with a knife. Other tenants have been threatened by guns and crowbars."

According to the Hoover Institute, case managers in this program supervise as many as 85 tenants, approximately five times higher than the recommended caseload.

Building inspectors have cited the hotels for more than 1,600 violations since 2016. Violations have included broken elevators, rodent infestations, water leaks, mildew, mold, and fungal problems even a sink in a hotel room filled with human feces.

The analysis of San Fransisco’s homeless response was similar to an audit on the Progress of Proposition HHH, a 2016 measure that authorized spending $1.2 billion to shelter the homeless in Los Angeles.

Similarly, the number of homeless living on the streets has increased. Los Angeles is building units for housing and has only completed 1,142 units. An additional 4,205 units are under construction. According to the report, "During this review, we found that less than 1,200 units have been produced in five years and estimated costs for several projects exceed $700,000 per unit."

According to the controller, "Projects exceeding $600,000 per unit are no longer outliers."

The proposed solution in the audit was recommending the same failed model used in San Francisco, which has also been unsuccessful in states such as Washington to "…acquiring and converting buildings without tenants—like hotels and motels—because of the potential time and cost savings. While older buildings typically require renovations to make them compliant with accessibility and fire safety requirements, they are less likely to approach $600,000 per unit."