San Francisco is renaming the Abraham Lincoln High School because they claimed that black lives did not matter to him. Lincoln is the president who freed African Americans from enslavement. 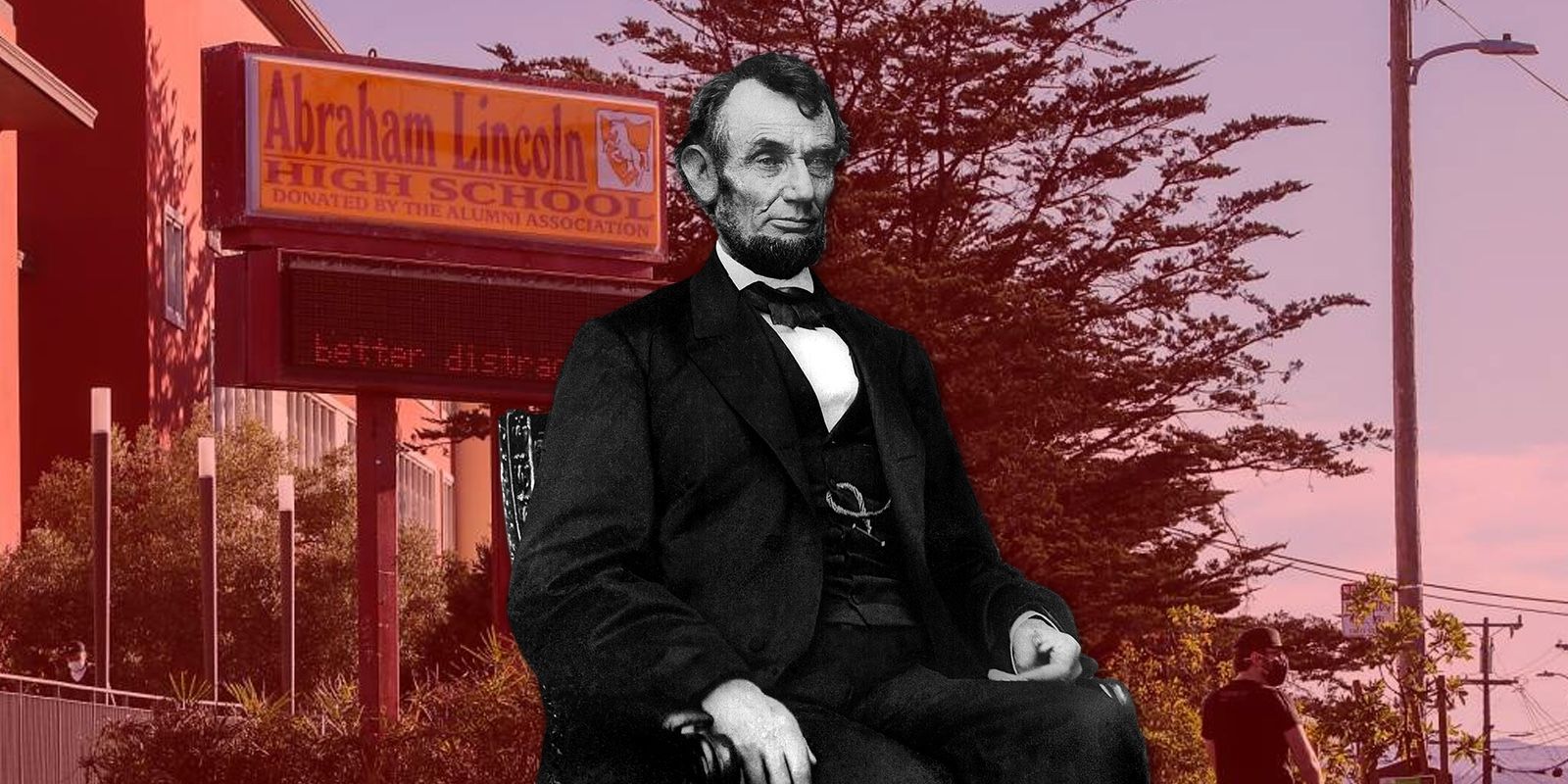 San Francisco Unified School District is renaming the Abraham Lincoln High School because they claimed that black lives did not matter to him. Lincoln is the president who freed African Americans from enslavement.

Stating that Lincoln "did not demonstrate that 'black lives mattered to him,'" the school district will be stripping the local high school of his name and legacy. While Lincoln undoubtedly is best known for freeing the slaves from bondage, San Francisco worries that Lincoln's approval of the Homestead Act and the Pacific Railway Act show that he didn't care about minorities.

The district said that Lincoln is an unworthy person to name a high school for because "the majority of his policies proved to be detrimental to [Native Americans]," according to the Daily Mail.

"Abraham Lincoln is not seen as much of a hero at all among many American Indian Nations and Native peoples of the United States," they said, "as the majority of his policies proved to be detrimental to them,' the committee meeting notes state."

The Emancipation Proclamation, given by Lincoln in 1863, effectively ended slavery in the secessionist states that attempted to break off during the US Civil War. While there were still some kinks to work out, it changed the national attitude regarding slavery, giving those who loved freedom and supported equal rights standing at the highest level of government.

The Homestead Act was what made it possible for the western part of the US to be settled at all, as did the Pacific Railway Act. Without these things, there would be no San Francisco.

While the Homestead Act resulted in Americans from the east scuffling with Native Americans in the west, the Pacific Railway Act opened the door to Chinese laborers who built much of the railroad infrastructure in the western US.

Much of the concern with regard to the Pacific Railway Act comes from the Chinese Exclusion Act, which prevented immigrant Chinese from attaining citizenship. What is often missed in the conversation surrounding this act, is that it was negotiated with the Chinese government, which did not want to lose its citizens to the US, and granted them the opportunity to come work in the US under the condition that the US did not patriate them.

The concern around Lincoln, however, has primarily to do with the treatment of Native Americans under his watch. First grade teacher and chairman of the renaming committee told the San Francisco Chronicle that "The history of Lincoln and Native Americans is complicated, not nearly as well known as that of the Civil War and slavery."

"Lincoln, like the presidents before him and most after, did not show through policy or rhetoric that black lives ever mattered to them outside of human capital and as casualties of wealth building."

Jeffries said that Lincoln's faults far outweigh his positives. "The discussion for Lincoln centered around his treatment of First Nation peoples, because that was offered first."

Additional schools to be renamed include 44 other notable Americans, such as George Washington, Teddy Roosevelt, and Dianne Feinstein, among others.

These renamings are part of a social justice overhaul of American culture that has been running rampant across school districts and communities since the death of George Floyd in police custody in May 2020.

His death was seen as a rallying cry to destroy institutions and rebrand everything from schools to maple syrup in order to appease social justice activists who care more about the veneer of kindness in the present than in actually preserving American history or noting the achievements of an egalitarian nation.

Lincoln scholar and director of the Hunter College's Roosevelt House Public Policy Institute Harold Holzer said of Lincoln "He saved the country from dividing and ruin. He should be honored for it."

The push to only preserve those historic Americans who were perfect in every aspect of their lives, and live up to contemporary standards of social justice, will condemn our nation to be one without ancestors.