When Peterson brought his concerns to management and HR, they assured him that he was not aware of his own unconscious biases and he should educate himself. 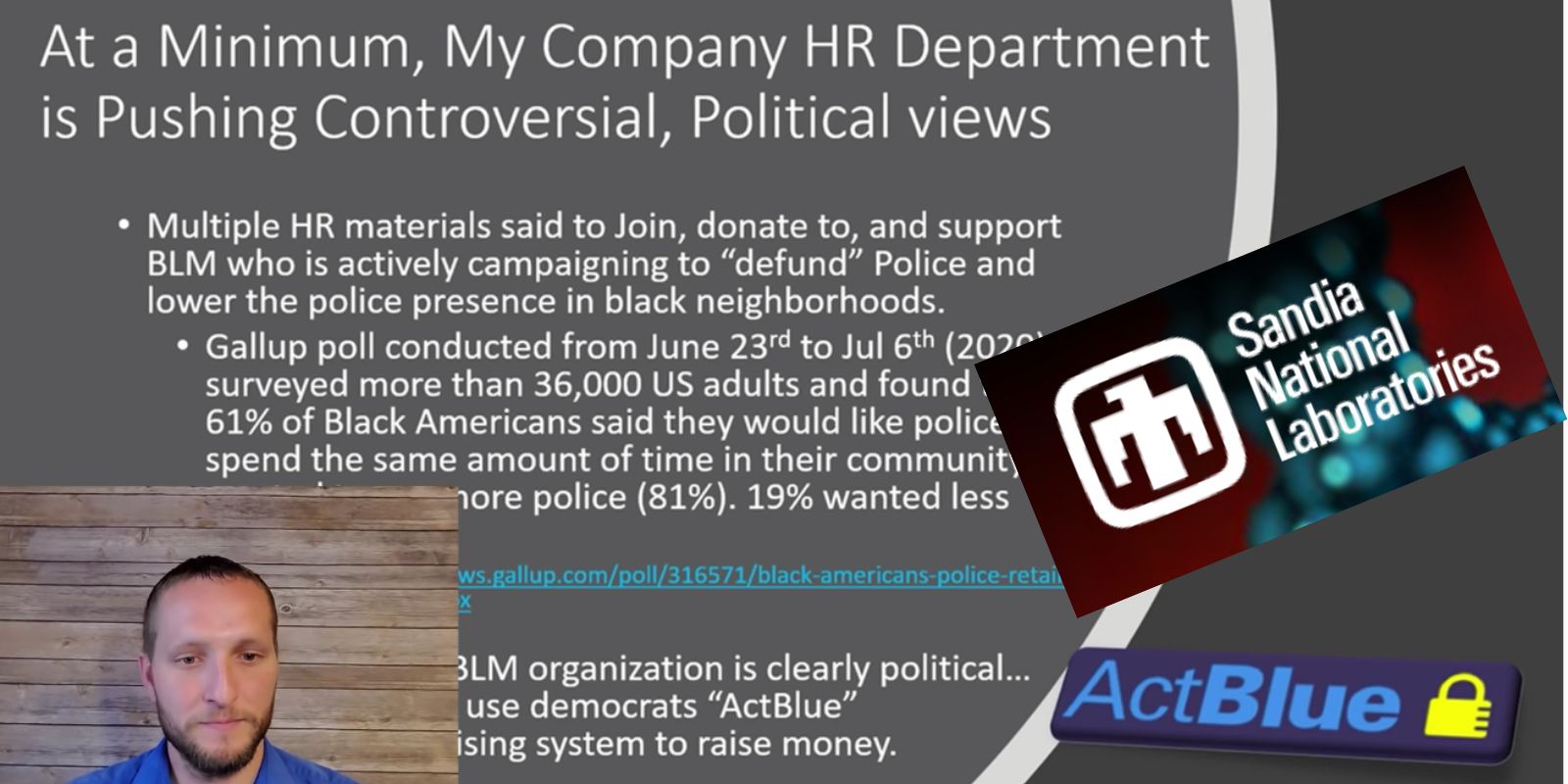 In the two weeks since journalist Christopher Rufo blew the lid off the story that the US top nuclear energy research facility had begun reeducating its white male employees in critical race theory and white privilege, one of those employees has decided to fight back.

It was after Rufo's expose that "dissident electrical engineer" Casey Peterson sent a video to all of the employees at Sandia research lab, discrediting the reeducation white men at Sandia had been put through. Rufo claimed that Peterson was "hoping to spark a rebellion against Sandia executives."

Peterson's video states the reasons for his opposition to critical race theory indoctrination in his workplace, which are primarily that, agree or not agree, political perspective should not be pushed upon employees by management.

When Peterson brought his concerns to management and HR, they assured him that he was not aware of his own unconscious biases and he should educate himself.

Shortly after the video began to circulate, Rufo reported, executive locked Peterson out of the network and wiped "his communication from internal servers." This only made the video more popular. Rufo reported that "unrest against Sandia executives" was sparked by their attempts to quiet it.

Peterson was placed on "paid administrative leave," and he is currently being investigated to find out if his attempt to discredit the practice of critical race theory indoctrination at the premiere nuclear lab in the US posed a security risk or "a threat to Sandia computing and security systems."

In his video, Peterson said that he did not want to make the it, but was felt he "was morally obligated to" do so. He said that the human resources department was passing indoctrination materials of to employees without questioning them or fact checking them.

Peterson said that it is his belief that critical race theory is anti-American to it's core, and that though his career is at risk, he refuses to be silenced.

Peterson is very clear that he is not claiming that racism doesn't exist, that historic racism wasn't a travesty, or that there aren't inequities between the races in the US. Instead, Peterson states that the concern over systemic racism and white privilege is "vastly overblown," and that it "does not belong in the Workplace."

He takes issue with the classification of racism as a public health crisis, and with the pervasive media message that systemic racism is a major problem in 202o America.

Peterson's aim was to get his workplace back to focussing on national security, not divisiveness. He objects thoroughly to the narrative of unconscious bias, or that people need to be pro-BLM in order to be considered not-racist.

His workplace provided him and his colleagues with information on "100 Things White People Can Do for Racial Justice." This list makes it clear that management, who disseminated this, believes their institution to be "white supremacist," and states that "Those who are NOT practicing anti-racism are perpetrating white supremacy."

The material he cites, he states, which have been disseminated from the top down at Sandia, are divisive, political, partisan, and not an avenue toward open discourse or ideological diversity.

The materials he cites show that not considering a person's race first and foremost when interacting with them is racist in itself, and that "failing to see race" is a failure to see racism. These missives come from Ibram X. Kendhi's book How to Be an Anti-Racist.