On Thursday, Conservative Party leader Andrew Scheer pledged that he would create an energy corridor from coast to coast in Canada and achieve energy independence by 2030 if elected Prime Minister. 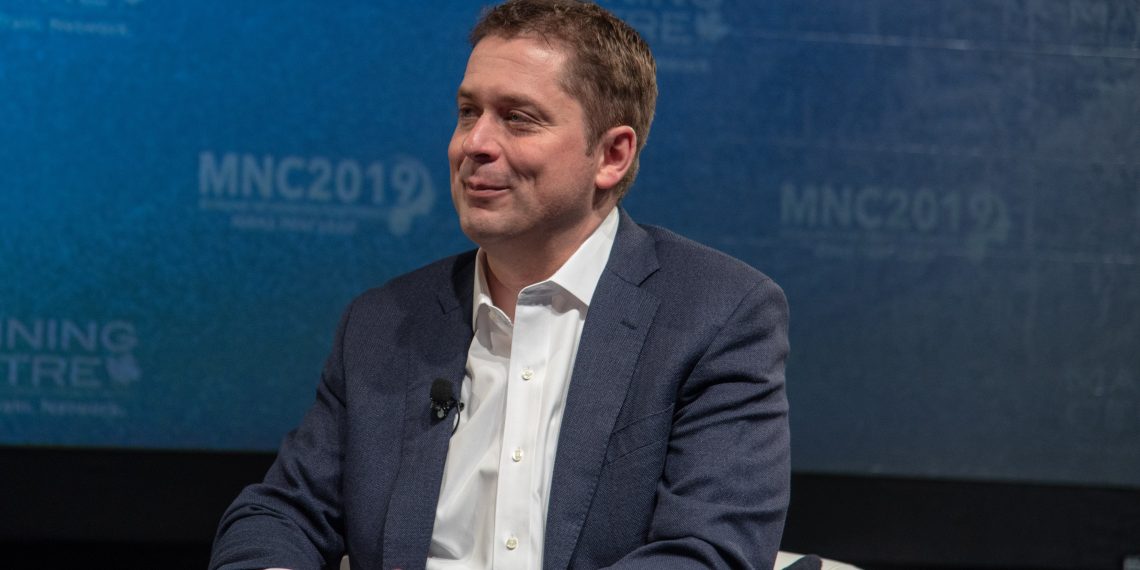 On Thursday, Conservative Party leader Andrew Scheer pledged that he would create an energy corridor from coast to coast in Canada and achieve energy independence by 2030 if elected Prime Minister.

During the speech in Toronto, Scheer promised that his government would make it much easier for energy projects to get approved.

The announcement comes shortly after Bill C-48, or the “tanker ban bill”, was shut down in the senate. The bill which potentially sought to ban tanker traffic from the coast of British Columbia was refused by a tied 6-6 vote.

“With a single corridor, we could minimize environmental impacts, lower the costs of environmental assessments, increase certainty for  investors, and, most importantly, get these critical projects built,” said Scheer.

The announcement comes at a time when the conservative leader is releasing several key points of his party’s policy platform. Earlier in May Scheer announced his party’s foreign policy as part of the ongoing platform reveal.

On the topic of oil, Scheer stressed the need for Canada to no longer rely on foreign imports and instead develop Canadian oils to the point of self-sufficiency.

“The fact is Canada has more than enough oil — not only to displace imports from the aforementioned rogue states — but to put an end to all foreign oil imports once and for all,” he claimed. Scheer also criticized the ethical concerns associated with importing oil from Saudi Arabia or Venezuela.

Furthermore, the CPC leader also touched on a desire to make mortgage lending rules easier to slow the growth of household debt and aid the housing market.

“When it comes to housing, we can’t just talk about the demand side….  We have to talk about finding new ways to get more supply on the market. So, I will work with provinces and municipalities to knock down regulatory barriers that discourage new home construction so more homes can come on the market to lower prices.”

In the near future, Scheer is expected to also discuss the Conservative’s environmental policy, and their policy on immigration.