Seasons of suffering: China and the problem of animal exploitation

China's reputation precedes it as one rooted in cruelty against animals. Yet attitudes are slowly shifting amongst the population. Many are beginning to seek change. 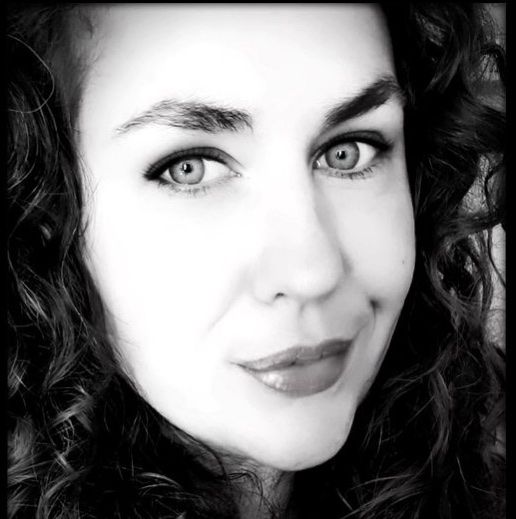 The 20th of January 2020 was a bitingly cold yet bright day in Chongqing. Hundreds of onlookers stared up, eyes wide, mouths curled into delighted smiles as the two men carrying the pig made it to the top of the tower in the centre of the theme park. It was to be part of the opening ceremony for the new attraction: a live pig attached to a rope was to be pushed off the top, to promote their newly installed bungee jump feature.

So it was, with curious onlookers watching and cheering, that the 165lb animal— who by this point had a purple cape draped around him—shrieked with terror during his way down the 68 metre drop as crowds around him cheered. Some onlookers filmed the moment as it happened, and later, after the “show” was finished, the pig was reportedly led away to the slaughterhouse where he met his final, brutal end.

That horrific event happened in Meixin Red Wine Town theme park in Chongqing, China. It wasn't long before the story broke across the mainstream press, with several animal charities condemning the action, and many members of the public protesting the cruel nature of the stunt: yet animal cruelty is not punishable by law in China. For this sickening event, there was no price to be paid.

Seeing the backlash and bad publicity rising in the media, the theme park issued a brief apology, but no further action was—or, indeed, could—be taken. Of course, the reason this particular account made the news was because it was not exactly a “common” event.

Desensitized and perhaps ignorant—as many are—to the plight of animals facing the slaughterhouse, it doesn't really make news headlines when animals are killed for consumption. It happens every day across the globe; millions of beings are led, frightened, to the stun bolt before being chopped, quartered and packaged. Yet despite the unusual nature of such an occasion in China, the pig tied to a rope and pushed from a tower is only the latest chapter in a long, complicated story about the country's dark relationship with animals.

Although in recent years a growing number of people in China have recognized abuse against animals and more people and agencies have begun to fight for the protection of them there, there is a long way to go before that nation reaches the same standards as other countries.

"The worse you treat them, the better they taste..."

In the documentary San Hua by Guo Ke (2010), which was an exploration of the cat meat trade in China, hidden cameras were used inside several venues. Scenes include staff beating cats and boiling them. One clip shows a staff member at Fa's Cat Restaurant saying, “the worse you treat them, the better they taste. It makes sure the blood gets into the meat and it tastes delicious." It's not just the belief of that one individual caught on tape, either—there is a common acceptance about the suffering of the animal being linked to better taste in China—and this has resulted in some horrific practices. For instance, at the Yulin Dog Meat Festival, dogs are sometimes skinned alive or beaten before being killed then consumed.

A 2017 article on the dog meat festival stated that, “As many as 10,000 dogs, some of which are stolen pets, are skinned alive, butchered and eaten to mark the summer solstice during this 10-day event.” That event still goes on today—in fact, the event just happened. That holiday is celebrated from 21st to 30th June each year.

Whilst China is the only country which has such a holiday, it share the practices of some countries, such as Japan and Thailand, of eating live creatures. Over the years several reports have made it to the UK and US press, with footage of diners cutting into living fish on their plates. One sickening scene shared by the Daily Mail showed a fish, cut wide open, still gasping for breath as the customer began consuming him. Apparently the trend of eating live animals—mainly sea-life—is not unusual in the country, with some seeing it as a speciality/delicacy. One report alleges that the some Chinese diners also eat baby mice, monkey brains and snakes, although it is not clear how commonplace this is.

If fashion makes any statement in China, it is still a bloody one. Being the biggest fur producing nation in the world, the country has been criticized heavily for their treatment of animals in the name of clothing manufacturing. According to one PETA report, China is the world's largest importer and uses the fur of rabbits, cats, foxes and dogs—some of which are still alive and struggling whilst being hung up for skinning. Scenes which one can easily view online (if one so wishes to find them) are like those lifted from a horror movie; animals gasping, lying in heaps with their deceased kin, writhing in pain. It is a testament to the cruelty of the act that the animals are discarded like nothing more than rubbish waste after what is needed is so crudely ripped away from them.

It's not just jackets and coat trims either. The live keyring trade in China has become a popular trend in recent years. For the price of just a couple of UK pounds, customers can purchase a keyring containing a small live fish, turtle or other amphibian, which is enclosed in a small plastic bag of water – with just enough oxygen to allow the animal to live a short while. According to a 2020 article by EuroWeekly News, a petition has been started to stop the cruel practice, and  a whopping 1 million signatures are already signed to put an end to it.

It is not hard to see why several public figures have come forward to condemn the treatment of animals in China. In April of this year, Beatles singer and songwriter Paul McCartney revealed his disappointment that certain practices were still going on in the country, namely the “wet markets” that have been heavily connected to the Covid_19 outbreak which has affected the world.

“Let's face it, it is a little bit medieval,” he said in an interview regarding eating exotic wildlife and the wet markets. “They [China] may as well be letting off atomic bombs... it's affecting the whole world.” That same month, Brian May, legendary guitarist and member of the rock group Queen, also expressed his feelings on the matter, citing his belief that eating meat had caused the COVID-19 outbreak, which in turn has seen hundreds of thousands of deaths globally. “We’ve seen more of the effects of how eating animals has brought us to our knees as a species, I think it’s time to re-examine our world in a way that doesn’t abuse other species.” Few could argue the points the stars made.

In 2010, British pop legend Morrissey—famed for his passion for animal rights and protection—mentioned some of these horrific practices in an interview with The Guardian. Angry at some of the stories surfacing about the abuse of animals which had been going on and widely reported in the press, he said, “Did you see the thing on the news about their treatment of animals and animal welfare? Absolutely horrific. You can't help but feel that the Chinese are a subspecies...”

The singer, famed for his direct, no-holds-barred approach when it comes to animal rights matters, faced significant media backlash for his comments. Though his choice of words were repeatedly condemned by certain portions of the press, it was evident to Morrissey's supporters and those who knew him well that this long-time advocate of animal rights was simply angry and upset at those who took part in such practices—and also trying to provide a voice for the voiceless. Whilst his words were deemed harsh by his fierce critics, few would argue that the utterly horrific acts of animal cruelty, deeply ingrained in Chinese culture, are one of the most troubling atrocities of the modern world.

Whether you're an avid meat eater or a staunch vegan, there are not many left amongst us that are ignorant to the effect that animal mistreatment (and the meat trade itself) has upon the population and the environment as a whole. The COVID-19 virus, which was said to have sprung from eating contaminated meat from wet markets (and allegedly called 'wet market' due to the constant need to wash away the blood and guts that are heaped around the floor and tables) is just one of many reasons why the world should be taking a deeper look at putting animal abuse and the meat industry at considerable revision. COVID-19 is one amongst many zoonosis, which are those viruses that transmit from animal to human, usually through eating them them. Some of the other most significant viruses are SARS, Swine Flu/H1NI and Ebola—all of which can have serious effects on humans.

Will the tide ever turn? China is, of course, not alone in some of its practices on animals/meat trade, it would be unfair to say that is the case. Unfortunately, there are instances and examples of animal mistreatment across the entire globe—but the country is estimated to be amongst the worst. Its reputation precedes it as one rooted in cruelty against animals. Yet there are glimpses of hope on the horizon. Attitudes are slowly shifting amongst the population. Many are beginning to seek change.

On February 4th 2020, the Chinese Government made a move to create a permanent ban against the trade and consumption of live, wild animals—though many of the country's own citizens appear worried that this will drive the industry underground, rather than abolish it completely. In April, the BBC reported that Shenzhen became the first Chinese city to officially ban the eating of cat and dog meat. Those wanting to see radical change in the country see this as a promising but small start to rectifying what has become a huge problem in China.

With the COVID-19 death count growing, the world is quietly waiting to see if there will be more changes to come—and not just from China, but from the world at large. We have each had a front row seat into seeing the effect that meat consumption can have upon the human race—and that's a sure sign for many that we need change, and soon. Yet as Yulin residents in China spent more time this year welcoming visitors for their annual Dog Meat Festival, it's time for us all to ask: when will enough be enough?