As the City of Seattle and its residents were slammed by the biggest one day snowstorm the city had recorded in 52 years, Antifa spent Saturday night piling up snow in front of an exit to the East Precinct which prevented patrol vehicles from responding to emergency calls. 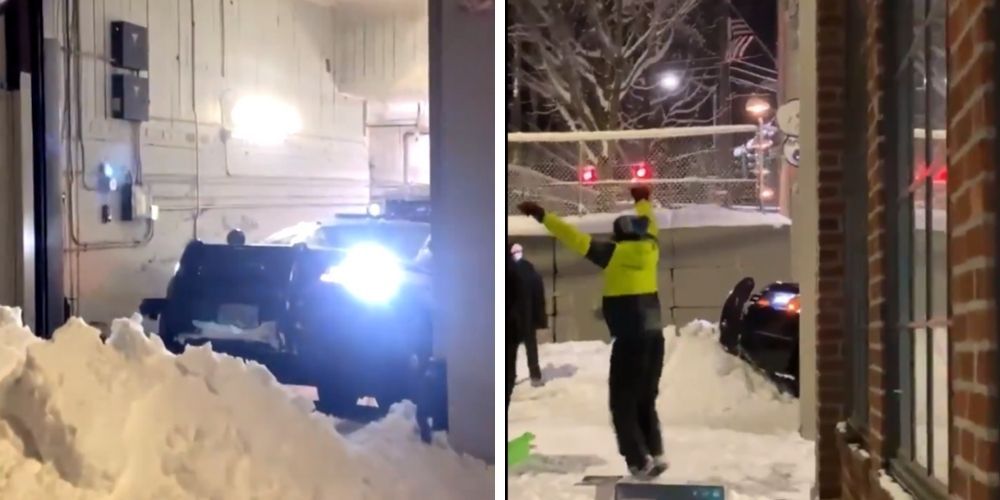 As the City of Seattle and its residents were slammed by the biggest one day snowstorm the city had recorded in 52 years, Antifa spent Saturday night piling up snow in front of an exit to the East Precinct, which prevented patrol vehicles from responding to emergency calls.

In a video captured by an Anarchist live-streamer, a patrol vehicle attempted to exit the precinct but failed, due to the compacted wall of snow. The East Preceinct is the site of the former Seattle 'autonomous zone.'

The 'snow wall' jammed the garage door sensor and prevented it from closing, prompting a response by Seattle Police Department (SPD) officers.

Another video showed Antifa cheering in celebration as they watched the patrol car exiting the precinct and run into their wall of snow. They proceeded to launch snowballs at the patrol vehicle shortly after.

Seattle Police Officers exited their patrol vehicles and precinct to respond to the incident as Antifa mocked them. "All of you have been given the orders, do you understand?" officer Souriall with the CRG Taskforce commanded. "You cannot block police from exiting a precinct via a police vehicle."

When Antifa activists asked what laws they were breaking officer Souriall responded, "Obstruction."

After heavy police response, Antifa failed to disperse, which led to a comedic exchange when Seattle Police officers started handing out stickers to Antifa to help them with their "sadness" and "anger."

"Do you want a sticker too?" asked an SPD officer.

"For what?" the Antifa militant replied.

"You seem a little angry and sad and sometimes stickers make people feel better," said the SPD officer after handing some out to other militants protesting. The stickers are the same ones SPD officers typically hand out to neighborhood children.

Seattle Police officers left after shoveling the snow away from the garage door exit and the anarchist group dispersed for the night. Seattle City Council and the Mayor's office have yet to comment on Saturday night’s incident. It is unkown at this time what calls the officers were attempting to respond to at the time of the incident.