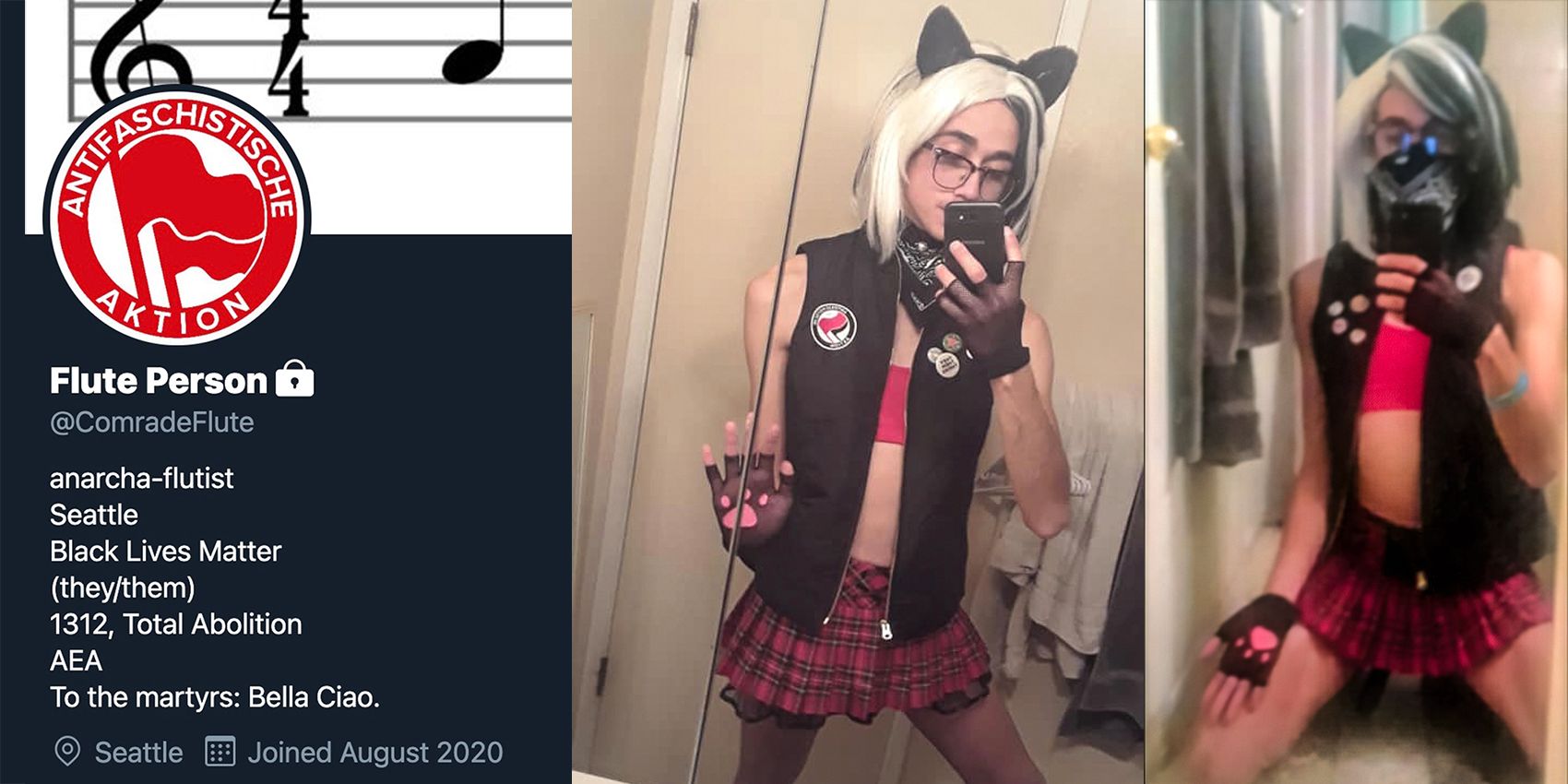 Mikaele Andrew Baker, 23, of Seattle, tweeted an extensive list of local business owners last week who signed a petition in support of the dismantling of a growing autonomous zone in Seattle’s Capitol Hill neighborhood. The business owners were subsequently doxed and received threats.

For months, far-left activists took over part of Cal Anderson Park. The site was previously part of the infamous “Capitol Hill Autonomous Zone” during the summer. The city dismantled that zone following several shootings and homicides, but far-left activists and vagrants returned to retake part of the park. The city recently posted notices that the encampment was illegal and would be removed. In response, Antifa and others called for reinforcements. They barricaded the park with wooden pallets and other junk.

“These are the businesses (and literally one, single resident) that signed a petition to sweep Cal Anderson Park. No further comment,” tweeted Baker under the pseudonym “@ComradeFlute” along with a screenshot of a list. In a follow-up post, a fellow Antifa activist posted all the addresses associated with the business owners.

In a letter to Seattle Mayor Jenny Durkan on Dec. 14, a group of concerned businesses owners in the Capitol Hill neighborhood pleaded with her to end the second iteration of CHAZ.

“The fact of the matter is that there are now dozens of people occupying the park who are not unhoused, but rather are treating the park as a base of operations for their occupied protest,” reads the letter. “What this translates into is the blocking [of] the entrances to the park, constant damage to park infrastructure, regular bonfires and intimidating and threatening behavior directed at our community members—not to mention the staff of our nearby institutions and city employees.”

“If we do stop this sweep, that’s a victory, and we can carry that energy to the next action,” Baker tweeted on Dec. 17.

Baker has a long history of extremist Antifa activism in the Seattle-area stemming from their days as an undergraduate student. Before becoming involved in the recent encampment at Cal Anderson Park, Baker was also involved in CHAZ during the summer. On their Twitter account, Baker frequently expressed support for violent extremism.

“A lot of people tried to reality check me about [the] escalation of violence,” Baker tweeted earlier this month. “I am a revolutionary anarchist. I'm not a war-hawk, but I see open warfare against fascists and the state as a necessary evil to achieve liberation.”

In June, Baker tweeted on an alternative Twitter account: “What's the point of having guns if you're not going to use them to shoot racists? #seattleprotests #CHAZ.”

A black teenager in CHAZ was reportedly shot dead by one of its security members after being mistaken for a “fascist” in June.

Baker is also a member of the Youth Liberation Front, an Antifa group responsible for organizing violent direct actions in Portland, Seattle and elsewhere.

Despite Baker’s extremism, they work with young children as a childcare worker and counselor at summer camps in the Pacific Northwest. Under their pseudonym, Baker posts frequently about working with children.

Baker has also been arrested numerous times in recent months at violent antifa protests. They were arrested on Oct. 3 by Seattle Police for failure to disperse and obstructing a public officer at a riot where antifa smashed up businesses and property. Baker was quickly released without bail. Both charges were dismissed without prejudice.

Baker was later arrested on Nov. 4 for obstructing a public officer at another riot in Capitol Hill. They were again immediately released without bail. The single charge was also dismissed without prejudice.

In February 2018, Baker—then a sophomore at the University of Washington—admitted to being “belligerent” at a violent Antifa protest in an interview with the Seattle Times.

“They [right wing groups] were pretty belligerent, but I wouldn’t say I wasn’t either,” Baker said.

In addition to Baker’s clandestine extremist Antifa activism, they are also involved in local politics.

Baker is the vice chair of the Washington Progressive Party. He has penned anti-law enforcement messages on behalf of the organization. (The organization has been reached for comment.)

Online, Baker identifies as an “antifascist catgirl” and is open about their sexual fetishes, including having a desire for “punishment enemas” and exploring their “pet side.”

The City of Seattle sent in a large team of police officers to Cal Anderson Park on Friday to protect a clean-up crew at the dismantling of the autonomous zone encampment.

“I do not consent to be interviewed or quoted for your publication, and respectfully ask that you please refrain from using my name or quoting me,” they wrote. Baker has also locked down their Twitter account.