“When we don’t have any form of accountability for people — and many of them are coming from outside the city — they will continue to do that activity, and we can’t have that.” 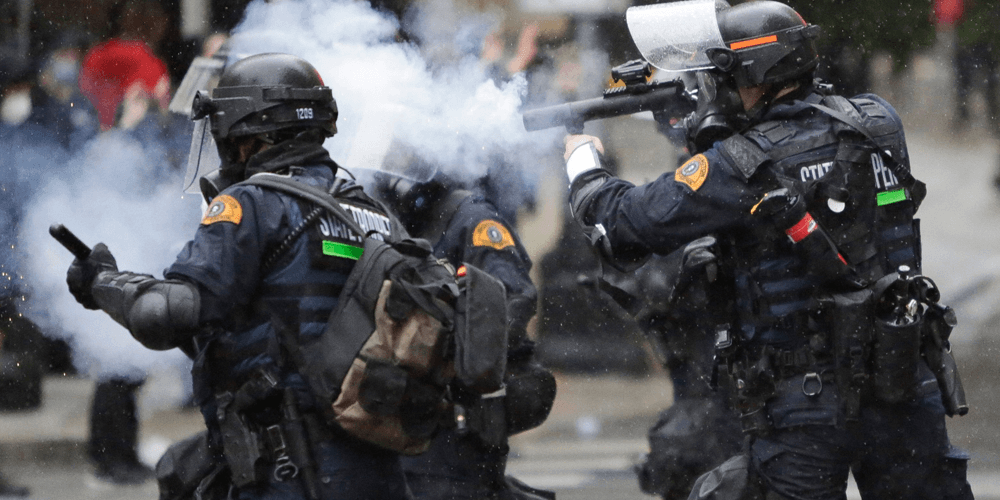 As Antifa militants take to Seattle’s streets on a near-daily basis following the inauguration of President Joe Biden, the city’s police and Seattle City Attorney Pete Holmes are responding with a promise to bring the hammer down on violent protesters.

In an announcement on Saturday, the city’s interim police Chief Adrian Diaz announced that his department is coordinating with the city attorney to enact a strict new policy to arrest and prosecute protesters who destroy property during street demonstrations.

Diaz said that the new enforcement policy will take effect this Saturday, when a demonstration has been planned for Occidental Square. Prosecutions will increase under the new order.

In his speech, Seattle’s top cop said that he has wanted to crack down on the violent militants for months, and that its becoming clear following Biden’s inauguration that their protests have no real cause.

“They’re focused on breaking windows, and these are things we need to work on,” he said, reported Seattle Times.

A spokesperson for the police said that suspects in low-level crimes were not even booked into jail last year due to coronavirus concerns, and that the policy of not booking those who commit misdemeanors is unlikely to change. However, individuals released on bail who are re-arrested will likely be prosecuted now.

Diaz said that police will take a hardline approach to repeat offenders.

“We will be prosecuting these crimes from now on,” he said. “When we don’t have any form of accountability for people — and many of them are coming from outside the city — they will continue to do that activity, and we can’t have that.”

In addition to the prosecutions, police will be deploying in extra numbers starting Saturday and will coordinate law enforcement efforts with the Washington State Patrol and federal agents to prevent protesters from entering freeways and federal buildings.

“We would like to protect buildings from being vandalized in the first place, and don’t want to cause undue conflict. It’s safer for protesters and officers to not be drawing that line, so to speak,” said Diaz.

Earlier this week, Antifa rioters vandalized and looted the historic Starbucks, a Democratic Party office, and numerous local businesses in protest of the newly inaugurated president.