Seattle Police expected to lose 300 officers by the end of the month, 'that's a third of the agency'

"At the end of this month…we will be close to 300 officers (leaving), that’s a third of the agency." 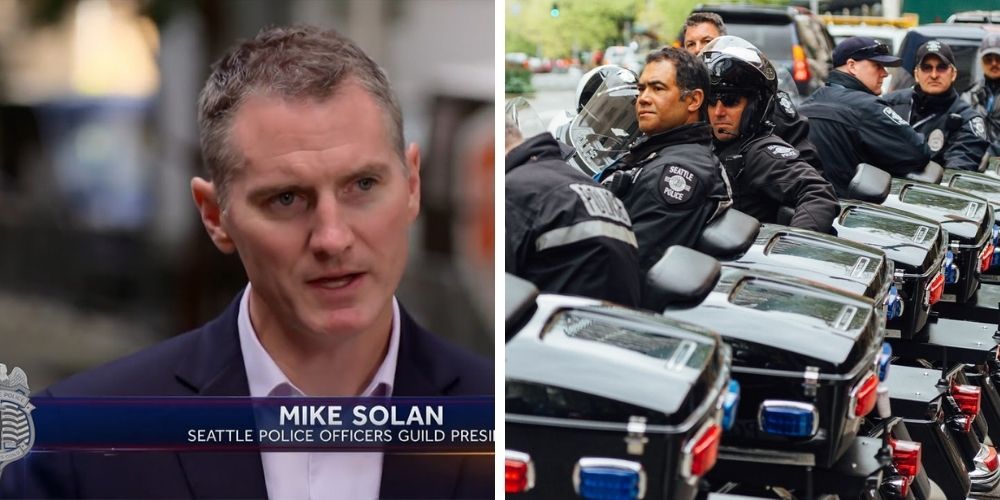 In a heartbreaking and revealing interview on The Ari Hoffman Show on Talk Radio 570 KVI, President of the Seattle Police Officer’s Guild Mike Solan said regarding police officers leaving the department, "At the end of this month…we will be close to 300 officers (leaving), that’s a third of the agency."

Solan told Hoffman that the loss of officers was from last year to date and could range from 288 officers to 300. Solan described the departing officers as "great human beings that do the job. They just want to serve."

Some of the officers opted for early retirement, while others took law enforcement jobs in other cities or switched to alternate careers. Sources told The Post Millennial that morale on the force is at an all-time low. Last month, a Seattle police officer and trainee were refused service at a local chocolate shop. The incident revealed a pattern of behavior by employees of the chain at other locations.

The same day, a female officer was walking her beat past a local public school when approximately 10 3rd grade students raised their hands in the 'hands-up-don’t-shoot,' a reference to the Michael Brown incident in in Ferguson, Missouri. BLM activists claimed Brown was a victim of police brutality after he was shot but investigations revealed that Brown had attacked the police officers.

In August, the Seattle City Council defunded the department in response to the riots following the death of George Floyd. Millions of dollars were funneled from the police department to local activist organizations, many of which were involved in the riots and the autonomous zone.

Crime has spiked exponentially across the city, as have the length of 911 response times. Last month, it took police almost an hour to respond to reports of a gun on a public school campus. The Seattle homicide rate in 2020 doubled from 2019 and is continuing the same upward climb in 2021.

Solan said that one year ago city officials were praising the department as a model of police reform for the country. That all changed following the death of George Floyd and the riots that followed that plagued the city.

The riots ultimately led to the decision to abandon SPD’s East Precinct which resulted in the creation of the infamous Capitol Hill Autonomous Zone (CHAZ). On Sunday, a podcast was released featuring former Seattle police Chief Carmen Best who said that the decision to abandon the precinct was not her own and was made collectively by her command staff, who she claimed did not consult with her.

When asked about the claim of command staff ignoring a direct order from the Police Chief, Solan said, "The ultimate authority in the city of Seattle is the executive, which is the Mayor, and then those orders come down to the chief of police and then her subordinates under her." Solan continued, "It would be very difficult for someone underneath the chief to do something that is counter to what the chief of police has directed her subordinates to act on."

Solan also discussed the decision by Capitol Hill Pride banning Seattle police officers from participating in this year's march and rally but still wan ting their protection for the event and the Seattle City Council unanimous vote Monday to move 911 dispatching operations out of the control of the Seattle Police Departmentand into the hands of a yet to be established civilian-led Community Safety and Communications Center.

"It’s up to our community to recover this city and take it away from the activist crowd, that vocal small crowd that dictates the public safety discourse in this city," Solan continued. "It’s up to the community to get Seattle back to a moderate community."