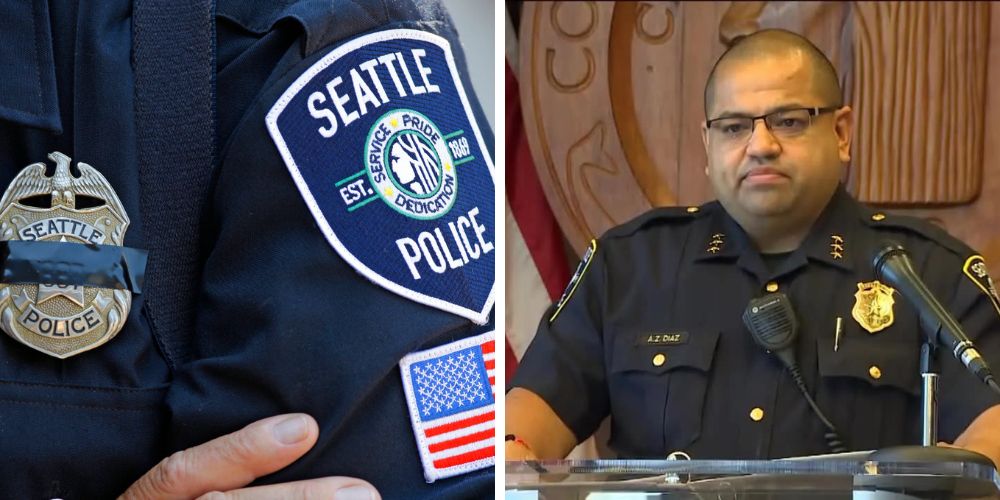 Cases that are supposed to be handled by the Sexual Assault and Child Abuse Unit are not getting assigned because of staffing shortages in the Seattle Police Department.

An internal email from Captain Steve Hirjak on May 17 reads, "With our current shortages, we are currently leaving an average of 4.6 cases unassigned per week." He added that though victim advocates will still reach out to all victims, the police department is "maintaining a list of those cases that we will assign, but currently cannot assign due to staffing."

An internal police memo was sent in April to Interim Seattle Police Department Chief Adrian Diaz from Sgt. Pamela St. John, who leads the unit, said the caseload is "unsustainable" with over two dozen adult sexual assault cases having yet to be assigned.

On Wednesday, Diaz told KOMO News, "We have seen a mass reduction in the whole department," he said. "We are 40 percent down in deployable resources throughout the department, so every unit has seen a massive reduction."

Diaz added that SPD went from 234 detectives in 2019 to 134, and the department's sex assault unit went from 12 detectives three years ago to four as of April.

He continued, "We are triaging all of our cases. In-custody cases where we made arrests are our top priority. In addition to in-custody cases, child abuse cases and vulnerable adult cases get prioritized, too."

Casey McNerthney, a spokesperson for the King County Prosecutor's Office, told the outlet that they have seen far fewer referrals this year. There were only 74 referrals from January to April in 2022 compared to 123 over the same period in 2020, even though crime has gone up.

McNerthney told the outlet, "Cases don't get better over time," and added that delays can impact case viability. "We are thankful cases they can get to us we know there are not enough resources and that is pretty clear."

The problem grows even more dire with 130 officers on the unavailable list, which includes officers on paid/unpaid leave, worker’s comp, extended leave for military service, as well as unvaccinated officers that have not yet been terminated.

Experts have said that the city needs 1,400 officers to be at minimum safety levels and Mayor Bruce Harrell is falling short of his goal of hiring 125 officers by the end of the year.

Diaz told KING 5 that it will take five to 10 years to recover from the massive departure of officers the department saw in 2020 and 2021, following the defunding of the police department by the City Council in response to the riots that rocked the city in the wake of the death of George Floyd.

Though staffing is down, crime is up including shootings, shots fired, homicides, robberies and aggravated assaults.

Mary Ellen Stone, CEO of The King County Sexual Assault Resource Center, which provides free, confidential crisis support and comprehensive services for victims, said in a statement that some survivors they work with have claimed they had filed police reports this year saying they've heard nothing after filing.

"Victims tell us the loss of power and control features prominently in their experience. Information, follow up, and transparency in the process is vital to restoring that loss, and supports long-term recovery from this experience. We know this is not the legal system that exists today. Only a small fraction of victims of sexual assault choose to report to law enforcement. Those who do report tell us they often feel their experience, this crime, is not taken seriously. When victims are not given basic information about timing, options and next steps in their cases, the system is failing them. The Washington Legislature has said sexual assault is among the most serious crimes. There is likely universal agreement from systems players – law enforcement, prosecutors, the courts -- and at this time, most people understand the legal system is the primary way that people who assault or rape others are held to account. In fact, if a victim chooses not to report, the assumption often is that the rape didn’t happen or wasn’t 'serious enough.'"