Arrested Seattle protestors won't be prosecuted, but sent to counselling by group inside CHOP

Protestors in Seattle will not face charges but will be diverted to other treatment options. These include Choose 180, one of the groups currently occupying CHOP. 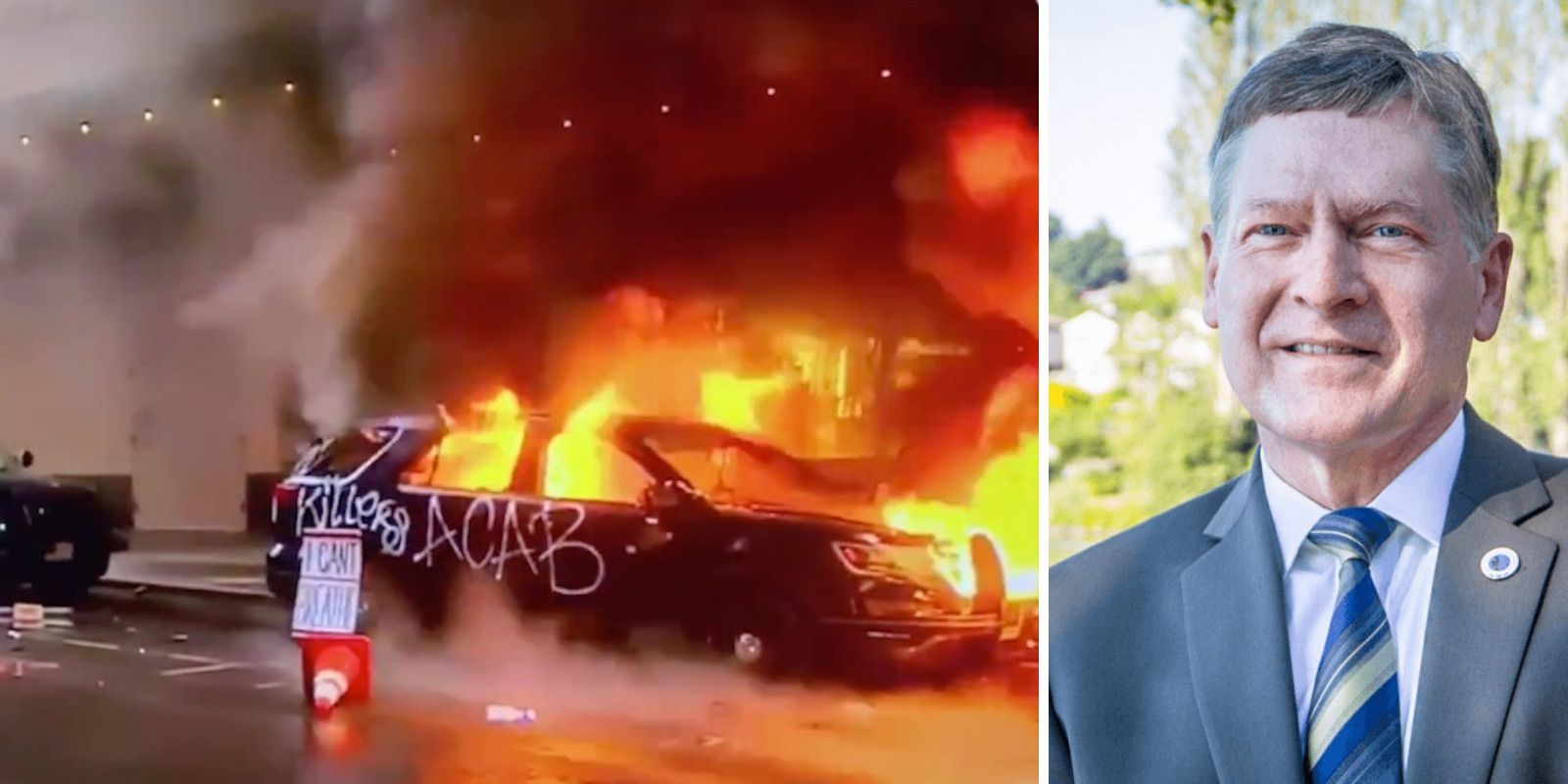 Protestors in the city of Seattle will not face charges and will instead be diverted to other treatment options.

The DA's office has received 37 misdemeanor cases so far from the latest civil unrest in Seattle. Many are for obstructing police, but the list includes half a dozen assaults, theft, reckless endangerment and attempted property damage. Holmes said he hopes to refer these protesters to “Choose 180, a restorative justice program with a proven track record.”

However, Choose 180 is one of the groups currently occupying the Capitol Hill Occupied Protest (CHOP) and negotiating with the city for terms including barriers to extend the occupation.

After two weeks of anguished demonstrations over the murder of George Floyd and the killing of other unarmed black men by police, it is plain to me that peaceful protestors should not be prosecuted despite having been arrested during events that have sometimes devolved into violent and destructive confrontations with Seattle police and supporting law enforcement agencies.

Over my tenure as Seattle City Attorney, I have strived to balance community safety, social justice, and personal responsibility. Some have criticized my policies as being weak on crime; others assert that I am too tough. More often than not, one’s perspective is defined by their level of privilege. Whether to recommend substance abuse treatment as part of probationary services, jail, or referral to a diversion program like LEAD or LELO requires constant balancing. Persistent, dehumanizing institutional racism is at the heart of current unrest on Seattle and other American city streets, and demands a response founded upon restorative justice principles.

If you’re marching the streets, peacefully speaking your voice and out after the now-cancelled curfew, I have no interest in charging you with a crime.

Other misdemeanor reports have crossed my desk, however, including reckless endangerment and some lower-level assaults.?People involved in these cases account for a fraction of a fraction of a percent of the people who are out peacefully decrying racial injustice and police actions both nationwide and here in Seattle.? While some may resort reflexively with the “just lock ‘em up” refrain, I’ve never felt that punitive incarceration is our best or smartest response. And yet, while protestors are rightfully angry, I also cannot simply ignore these cases.

Over the last week, my office has been talking with Sean Goode, the Executive Director of CHOOSE 180, an incredibly successful non-profit diversion program my office partners with to redirect young people ages 18-24 to a community-based and community-run workshop.?It’s a place where young adults are treated with respect and empathy, and engaged with on a truly human level. If a young person is arrested and engages in the CHOOSE 180 workshop, my office will not file a criminal charge.

Holmes and the LEAD program were under fire for not prosecuting crimes long before violent rioting, looting and protests rocked Seattle. Seattle and King County have a track record of releasing violent Antifa activists. In 2019 business groups in Seattle commissioned a report on 100 prolific offenders who were terrorizing downtown Seattle residents and businesses.

The report blamed a the “revolving door” justice system that a criminal could be arrested in Seattle over 70 times and still be released or diverted for treatment rather than incarceration.

This is now causing speculation that this is just an attempt by the DA to free offenders who will join the militant occupiers of CHOP or continue to offend in Seattle.

The statement went on to say that:

Sean has graciously offered to accept any person we refer, regardless of age, who was arrested in recent protest events.?After engaging with Sean’s team to work through their experience, they’ll be connected to an organization that will help them advance the cause that they were passionately protesting for. After they engage, I will toss their criminal case referral in the figurative waste basket.?No criminal charge.?No criminal record. No jail.

My attorneys will take a close look at each police report, including body camera video, to identify appropriate referral candidates. We’ll also look at cases already filed for potential referral. No one is currently in jail for events stemming from recent demonstrations at the misdemeanor-level.

“The more serious felony-level incidents have been referred to the King County Prosecutor’s Office, including third degree assaults on police officers, looting and burglary, hate crimes, and some rather alarming firearms-based incidents.?I trust Dan Satterberg to handle these cases as the principled, thoughtful, courageous community leader I know him to be.

Two weeks before these demonstrations began, I wrote to our Seattle City Council recommending that we develop a misdemeanor pre-filing diversion program for adults that mirrors the massive success of Sean’s program for 18-24 year-olds.

With Sean’s agreement, we’re about to witness a small test pilot of this expansion proposal.?I’m hopeful we can identify the right funding, the right community-based non-profit partners, and the right programs to prevent fewer people from experiencing the life-long consequences of a criminal record.? My one requirement is that any new program undergo a Racial Equity Toolkit before it becomes operational, just as our current program did.

Sean has asked me to convey his gratefulness for our partnership to create the space for a more restorative approach toward justice. He believes this decision helps validate our conviction that system change is possible through intentional partnership.

Meanwhile, more video spreads across social media every night showcasing assaults and property damage across Seattle leaving many to wonder if these crimes will be prosecuted.

Those who hope for King County to prosecute the cases instead will most likely be disappointed. King County District Attorney Dan Satterberg relies on the same revolving door justice policies and even brags about “Washington’s incarceration rate being among the 10 lowest in the United States.”

King County DA decisions on which crimes to prosecute was also a contributing factor in the Prolific Offender Report. Recently a King County Jail was converted to a homeless shelter due to the lack of inmates. This would be a good thing, but the lack of inmates does not translate into a lack of criminals.

City officials seem to not only want the protests, riots looting and armed occupation of Seattle to continue but are taking measures to ensure that it does.

Despite the recent acts of gun violence and criminal mayhem over the weekend, this policy to not prosecute has not been updated.