A secret grand jury in San Diego indicted 11 alleged Antifa members accused of being part of a network of violent cells in southern California that planned and carried out brutal attacks on the public last year. 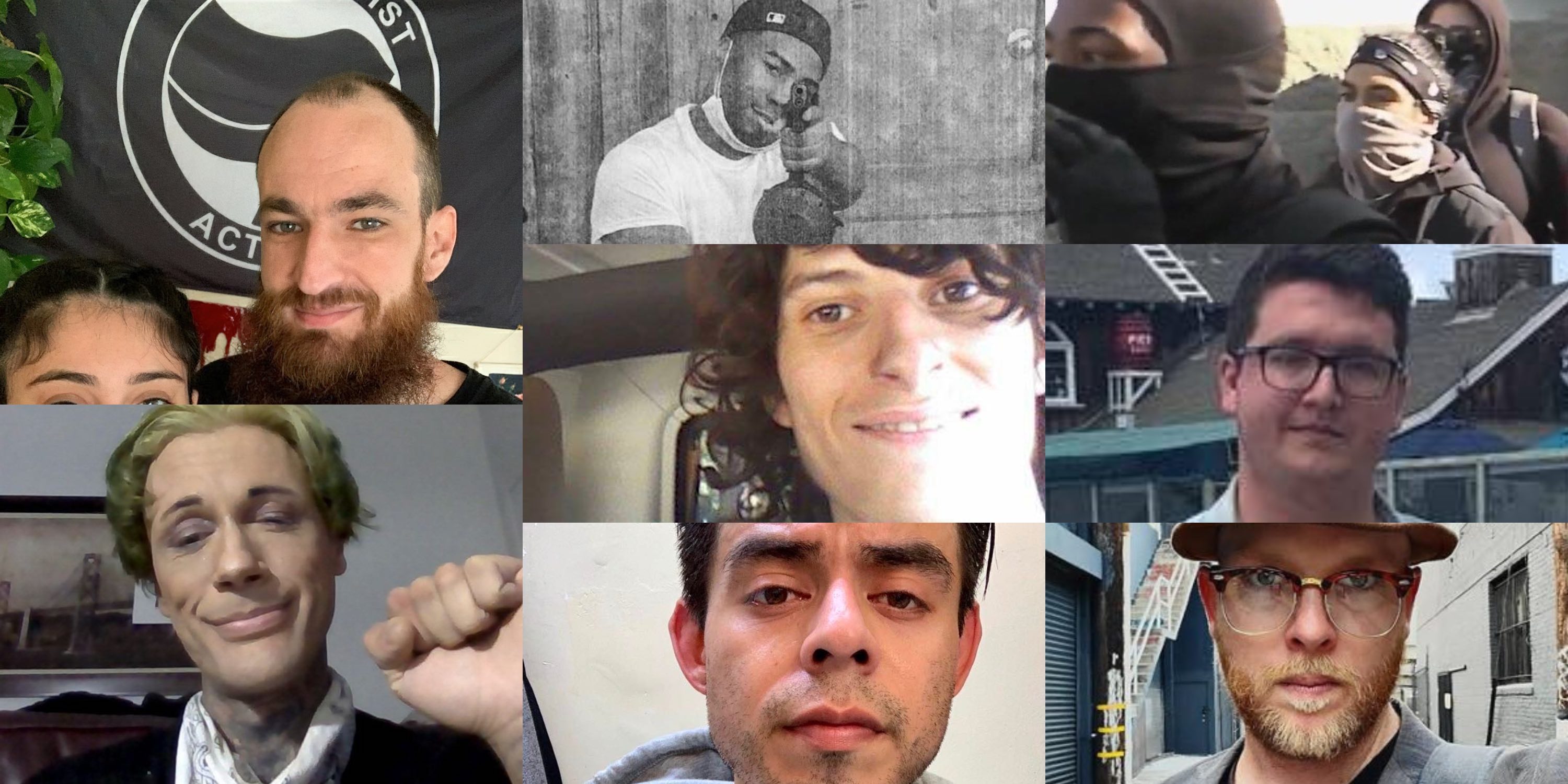 A secret grand jury in San Diego indicted 11 alleged Antifa members accused of being part of a network of violent cells in southern California that planned and carried out brutal attacks on the public last year.

Ten of the 11 defendants were in court on Tuesday in front of Judge Michael Groch, and were informed of a 29 felony count indictment issued by the grand jury. The defendants are accused of violent attacks on the public at Pacific Beach, Calif. on Jan. 9 last year.

One suspect, Joseph Austin Gaskins, was not in court and he is expected to appear on June 20 to respond to the indictment.

The surprise indictment follows the initial announcement in December last year by the San Diego County District Attorney’s Office that charges were filed against suspects over their alleged roles in planning and carrying out a riot, which involved weapons being used on multiple victims, including a photojournalist and a dog. Multiple weapons and firearms were seized from suspects during searches by law enforcement ahead of the charges.

A grand jury had met in secret and heard testimony for 13 days before the announcement of the indictment on Tuesday. Secret grand jury hearings can be used by prosecutors to present evidence in court, while still protecting identities of certain witnesses and victims. San Diego County prosecutor William Hopkins previously made claims in court papers to a judge that Antifa persons were threatening witnesses and victims.

Among the 29 felony counts against the suspects, conspiracy to riot is notable because the San Diego County District Attorney is the only prosecuting office in the U.S. who has formally charged alleged Antifa members with conspiracy. San Diego prosecutors stated that Antifa made plans to carry out a violent “direct action” against Trump supporters who announced plans to gather at Pacific Beach.

The grand jury indictment states: “[t]he defendants are all affiliated with Antifa. A group of the defendants originated from the Los Angeles area and the remaining defendants are from San Diego County. Antifa uses force, fear, and violence to further their interests and suppress the interests of others. The objective of this conspiracy was to incite and participate in a riot.”

The suspects were mostly quiet in court, pleading not guilty to the charges. Suspect Samuel Howard Ogden appeared in court wearing women’s clothing. Erich Louis Yach, who was listed in the arrest warrant as male, lashed out at the judge after she was called, “Mr. Yach.”

“Misses! I am transgender!" Yach said.

The new indictment lists more actions by each defendant, with more details, including specific weapons. Some victims are named using their initials. The alleged Antifa members are accused of striking a female with a wooden chair, hitting a victim with a baseball bat, using a stun gun on multiple victims, and spraying multiple people with pepper spray. Other weapons were also listed, such as glass beer bottles.

The alleged rioters marched on the beach boardwalk and shouted “All cops are bastards!” and “ACAB!” and other Antifa slogans, according to the indictment. Photographs recorded at their direct action show them holding a sign reading, “Ashli Babbit deserved it”—referencing the unarmed woman who was shot dead by police at the Jan. 6, 2021, U.S. Capitol riot.

The indictment alleges that Luis Francisco Mora stopped to buy a helmet and goggles at a sporting goods store in Long Beach, Calif., and Faraz Martin Talab bought four canisters of pepper spray.

The indictment stated Ogden chose a victim and initiated an attack, and then Akridge-Jacobs, Cannon, Ogden, Rivera, and Yach ganged up on that victim. The same group attacked other persons in coordinated fashion, by punching, kicking and spraying tear gas on those victims.

A victim identified as “J.C.” was allegedly confronted because he was using his phone to record the violent rioters. Faraz Martin Talab allegedly slapped the phone out of his hand and threatened him with tear gas, and then the group surrounded him, took his phone and tear-gassed him; Mora attempted to punch “J.C.,” the indictment alleges.

Jesse Cannon initiated multiple attacks by pointing out certain victims to his group, those victims were then surrounded and shoved and sprayed with tear gas, according to the indictment.

Prosecutors claim the Antifa group attacked a boy riding his bicycle. He was first pushed off, and then punched and kicked and tased with a stun gun while he was on the ground.

Talab allegedly grabbed one victim who was rushing to help a person who was on the ground and being attacked.

Gaskins allegedly struck one victim on the head with a skateboard, while that victim was already on the ground during an assault.

After San Diego Police declared the gathering unlawful, and ordered the crowd to disperse, certain Antifa members hurled bottles and other projectiles at police, the indictment alleges.  When police attempted to arrest certain rioters, the Antifa members allegedly sprayed police with tear gas and pulled the suspects away from the officers. The indictment says one suspect was successfully prevented being arrested and that person was provided a change of clothing by Antifa co-conspirators.

There are now two new prosecutors who lead the new case, Katherine Johnson and Makenzie Harvey. The prosecutor who first announced the case against Antifa last December, William Hopkins, is now third chair.

Prosecutor Harvey stated that one Antifa member armed himself with a baseball bat decorated with the Twisted Tea logo, and that Antifa rioters brought full cans of Twisted Tea in their backpacks to use as projectile weapons. When she was describing to the judge certain weapons found by investigators while serving search warrants at defendants’ homes, Antifa supporters in the courtroom began to loudly laugh and interrupt the hearing. The judge ordered two of them to leave.

Defendants Yach and Cannon were already on bail for previous offenses when they allegedly committed the new offenses. Cannon appeared in court by video monitor and he was silenced by the judge after he disrupted the hearing by making loud noises.

Another prosecutor working on the case earlier this year successfully petitioned the court to restrict the defendants from having access to discovery after it was revealed that Cannon was in a romantic relationship with Leah Rose Madbak, a staffer in the Public Defenders Office. The prosecutor said Cannon may have obtained privileged information from Madbak with which to intimidate victims and witnesses.

The next date for all defendants to be back in court is August 8.