Amid increasing calls to limit the ability of elected officials to use their positions for personal profit, Sen. Josh Hawley has introduced legislation aimed at tackling the issue. 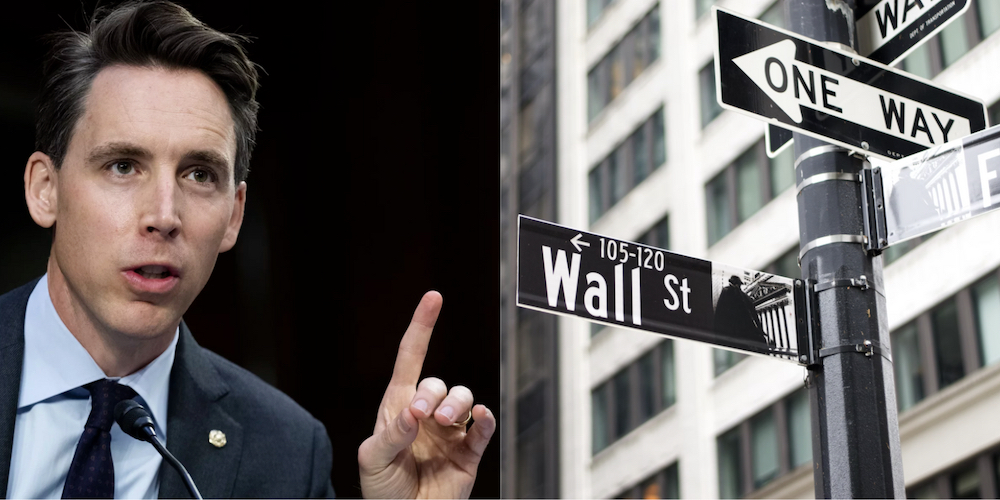 The Banning Insider Trading in Congress Act seeks to "amend the Ethics in Government Act of 1978 to prohibit transactions involving certain financial instruments by Members of Congress."

Amid increasing calls to limit the ability of elected officials to use their positions for personal profit, Sen. Josh Hawley has introduced legislation aimed at tackling the issue.

If the bill is passed, members of Congress will be banned from investing in securities, futures, commodities, and derivatives. Not included in the ban are diversified mutual funds, diversified exchange-traded funds, US Treasury bills, notes, or bonds, and compensation from a spouse's primary occupation.

Newly elected members of Congress would be given six months to divest from any of the aforementioned banned holdings, or transfer them to a "blind trust" for the duration of their time in office.

Penalties for breaching the law include forfeiture of profits to the Treasury, and an inability to deduct the losses on their income tax. Fines would also be issued by congressional ethics committees.

Sen. Hawley's bill is not the only one on the table. Democrat Sens. Jon Ossoff and Mark Kelly recently partnered up to create similar legislation. There are some notable differences, however. The Democrat senators' bill would ban children of members of Congress from investing in these types of securities, and oversight would be provided by a different body than that suggested by Sen. Hawley.

As The Daily Wire reports, members of Congress and their immediate families exchanged over $630 million in stocks in 2021. Outrage over this statistic was compounded by a recent comment by Speaker Nancy Pelosi, who when asked about the issue cited America's free market and said members of Congress "should be able to participate in that."