"We need to make good trouble in the tradition of John Lewis," he told the crowd. 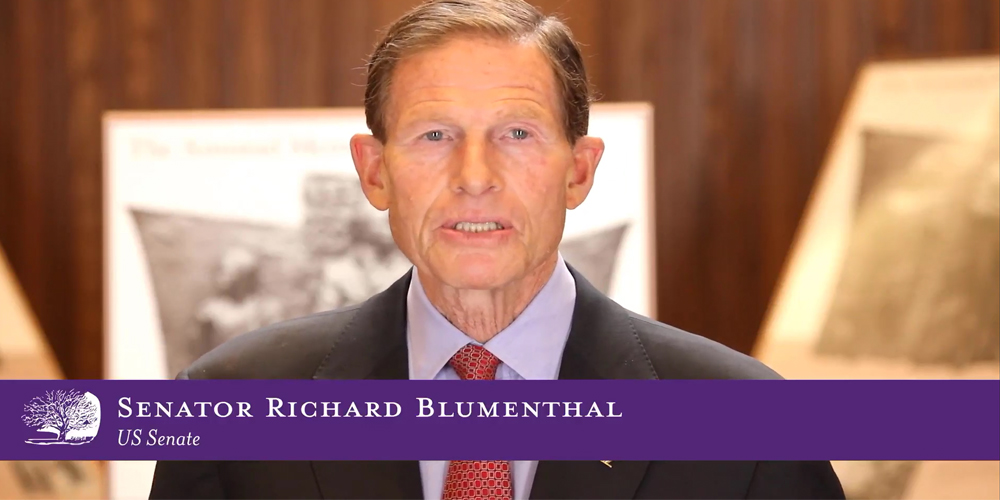 Senator Richard Blumenthal used a Communist Party affiliate's award ceremony to give a rallying speech for the far left to continue their activism efforts. He also advertised the need to pass Biden’s "Build Back Better" bill, and how it appealed to the crowd.

As a member of several committees, the Senator has the chance to do things in the public space like ask FBI Director Wray about what the biggest threats to the United States are and target his colleagues in DC.

The revelation was a scoop from the Yankee Institute and subsequently reported by the Washington Free Beacon. The Democrat representing Connecticut openly associated with the Communist Party affiliate, Connecticut People’s World Committee, and presented the "Amistad Award" of special recognition for three activists that the Senator thinks embody the leftist cause.

"I’m here to honor the great tradition of activism and standing up for individual workers," Blumenthal said in the opening.

(The source for the full speech is on the Connecticut People's World Committee Facebook page. Senator Blumenthal’s speech happened starting at the 48 minute mark, through 54 minutes and 55 seconds.)

What Senator Blumenthal talked about in his speech started out by stressing his personal commitment for worker’s rights. Blumenthal praised the activism track record of the three award recipients.

"But I want to tell ya the fight ahead is even more challenging than almost anything we’ve encountered before, because we’re at a time when more than any other moment in our history we need to make good trouble in the tradition of John Lewis. And our opponents are trying to restrict Democracy, they are threatening the right to vote."

According to the group, the "Amistad Award" was given to State Senator Julie Kushner, Pastor Rodney Wade, and Azucena Santiago.

A report from their outlet over the summer spotlighted that Senator Blumenthal and his wife had a "six-figure investment" for a shopping center in Shanghai, China. When requested for comment the Democrat pleaded ignorance on the matter.