"So, you are referring to my tweets that are now pretty famous," said Gigi Sohn. 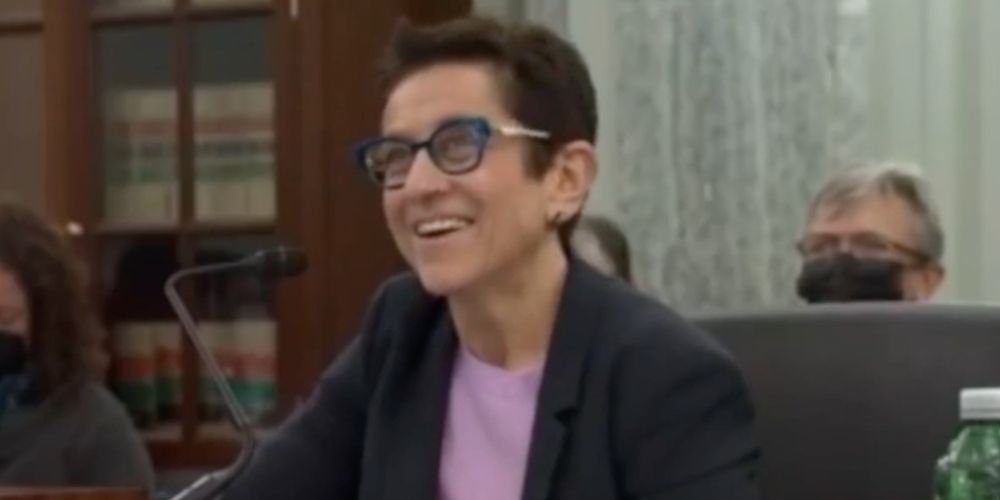 During a US Senate Commerce Committee hearing on Wednesday with president Biden’s nominee to be Commissioner of the Federal Communications Commission, she was questioned about her past posts calling Fox News "state-sponsored propaganda."

"So I've got a list of comments here about Fox News. Are you biased against them?" Senator Roy Blunt asked.

"So, you are referring to my tweets that are now pretty famous," said Gigi Sohn. "I understand they're concerning to some, and anyone who knows me knows I'm pretty direct. But they were made in my role as a public interest advocate."

"They were made in the context—and I think context is very important—context of hearings, hearings and media reports. You know, maybe the tone was a little sharper. Maybe I should have dulled it a little bit. But again, it was, it was part of my job essentially as a public interest advocate," she continued.

"And do you think they're the only news agency that is state sponsored propaganda?" Blunt asked. "That’s your quote by the way."

"Yeah, I know it's my quote, yeah. I just want to just, to complete my thought. My opinions as a public interest advocate will have no bearing on how I behave as a policymaker if I'm confirmed," said Sohn.

"You know, I've been in government before, and the values that are important to being a policymaker—responsiveness, transparency, integrity—that's what you'll get from me if I'm confirmed," Sohn said, alluding to her time as  Counselor to the former Chairman of the Federal Communications Commission, Tom Wheeler. "So yes, I said some things maybe too sharp, but they will have absolutely no determination in how I would rule on a proceeding with any of those companies."

In addition to her tweet against Fox News, Sohn had previously questioned a proposed merger between Sinclair Broadcasting and Tribune Broadcasting in 2018, asking whether Sinclair is “qualified to be a broadcast licensee at all.” She stated that it would have created a "media mega-monster," according to the Daily Mail.

Sohn also posted tweet critical of former President Donald Trump and Republicans, writing "I have Republican Friends—They’re Not All Insane" and "if g-d forbid Trump wins, the only thing protecting our Republic is the Ds taking over the Senate."