According to the Toronto Police, 35-year-old Justin Izzo sexually assaulted a female student over two years ago in December 2016 at Father John Redmond Secondary School. 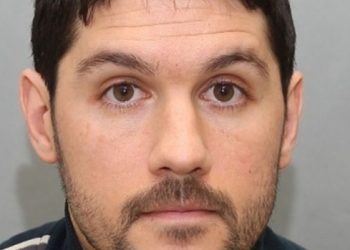 Several Ontario teachers are facing charges of sexual assault this year for having inappropriate relations with students. Three different cases of teacher-student sexual assault in Ontario have caught the attention of the nation over the last few months.

The most recent involves an Etobicoke teacher who is facing charges for sexually assaulting a female student.

According to the Toronto Police, 35-year-old Justin Izzo sexually assaulted a female student over two years ago in December 2016 at Father John Redmond Secondary School.

Izzo has been a Catholic School Board teacher since 2012, has been working at the school for over 4 years now.

Sadly, this isn’t where the abusive teacher stories end. Cassandra Bell, an educational assistant, faces charges of sexual assault and sexual interference in an incident involving a student.

According to Halton Regional Police, the offences took place between July 2018 and January 2019. Bell worked at the E.C. Drury School for the Deaf which is located in Milton, Ontario.

Another arrest by Toronto police connected to sexual accusations occurred at Senator O’Connor College School, when Brian Ross, a 36-year-old teacher, sexually assaulted a 15-year-old female student. The girl was given a lift by her teacher, as to discuss “school issues.”

Back in March, Toronto Police arrested yet another teacher in connection to sexual assault accusations.

According to Police, Police later revealed that the incident had allegedly occurred back in March of 2017.

As a result of the charges, Ross was suspended without pay. He made his first court appearance this month, on May 3rd.