Arlington police confirmed that the shooting occurred after a fight broke out between a student and another individual at around 9:15 am. 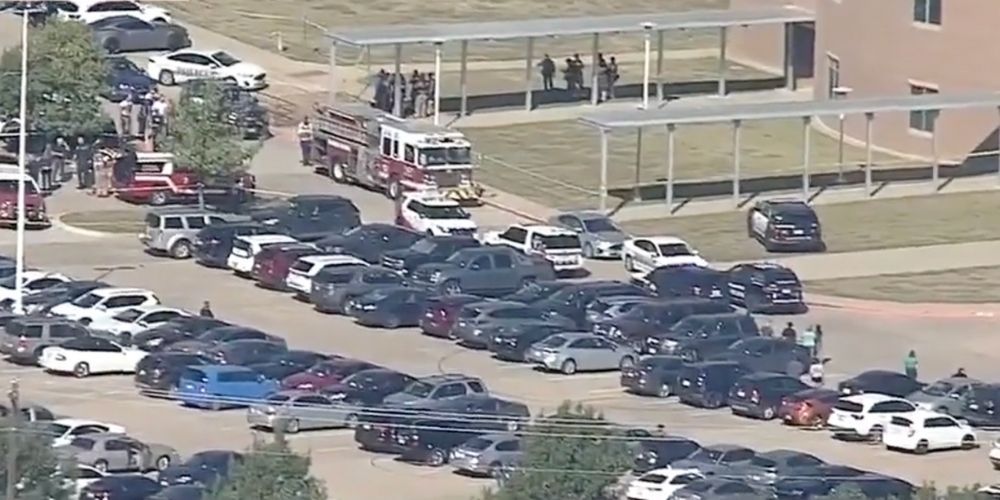 Multiple people were reportedly shot at Timberview High School in Arlington on Wednesday morning. The gunman reportedly fled the scene.

Arlington police confirmed that the shooting occurred after a fight broke out between a student and another individual at around 9:15 am, according to Fox 4.

Three people where shot and were transported to the hospital. A pregnant teacher who was hurt in a fall was treated at the scene.

The gunman has been identified as 18-year-old Timothy George Simpkins, who reportedly fled from the school in a 2018 silver Dodge Charger with the Texas license plate PFY6260.

Arlington Police confirmed the shooting to Fox News, and said that officers were carrying out a "methodical search" and were working closely with the Bureau of Alcohol, Tobacco, Firearms and Explosives (ATF), the Mansfield Independent School District, the Mansfield Police Department, Grand Prairie Police Department and other agencies.

Police say that Simpkins is considered armed and dangerous.

The school is currently in lockdown, with the district setting up a parent reunification point at  the Center for Performing Arts located at 1110 W. Debbie. Students will be bussed there once the school is completely secured.

A spokeswoman with the Mansfield Independent School District confirmed to Fox News that there was a "police situation" at Timberview High School. She said "the school is on lockdown, students and staff are in their classrooms and offices are locked down, and no visitors are being admitted at this time."