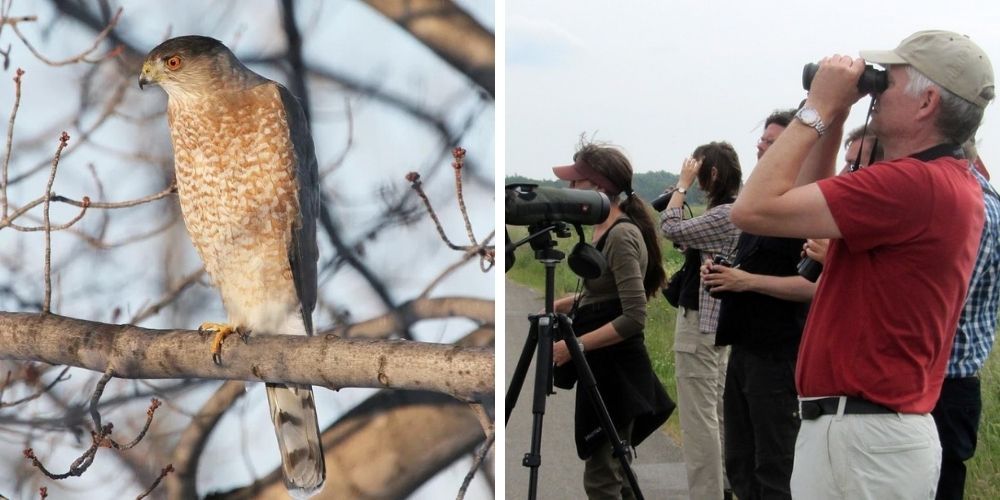 Activists in the bird-watching community are petitioning to change the names of birds after discovering they have been named after "racist" white colonial men.

A coalition of bird experts and activists called 'Bird Names for Birds' hopes to remove all bird names that are named after people. "We call these bird names verbal statues because so many of them truly are honoring folks that were involved in colonial and Confederate times," Jordan Rutter said, co-founder of Bird Names for Birds.

"As we have this community-wide education event to relearn the names, we can talk about the conservation need that they have," said Rutter, hoping his activism sparks greater discussions.

Rutter petitioned the American Ornithological Society last August, the organization that decides the names of birds, according to NPR.

Mike Webster, President of  the American Ornithological Society says the association is committed to changing the allegedly racist and controversial bird names. "We want to, and will, change those bird names that need to be changed," Webster said.

Webster told NPR that this reflects a new era of social justice concerns, mentioning how the McCown's longspur was renamed the thick-billed longspur last year after activists raised concerns it was named after John McCown, a Confederate general.

However, Webster explained that not all bird names have "controversial" backgrounds and created an 18-member committee of ornithologists, experts, and activists to decide the change of bird names on a case-by-case basis.

Nicole Jackson, a birder in Ohio, says the bird watching community has a diversity problem and says changing the names "is a start."

Jackson helped organize an event called "Black Birders Week" after a black birder was allegedly accosted by a white woman in Central Park last year. "Black people are in these spaces," says Jackson, "and we need to feel like we have enough of a community that we can talk to each other and feel safe."

James clarified that nearly 150 North American birds have been named after white colonial’s, according to NPR.

The renaming committee’s suggestions are expected by the end of the year.