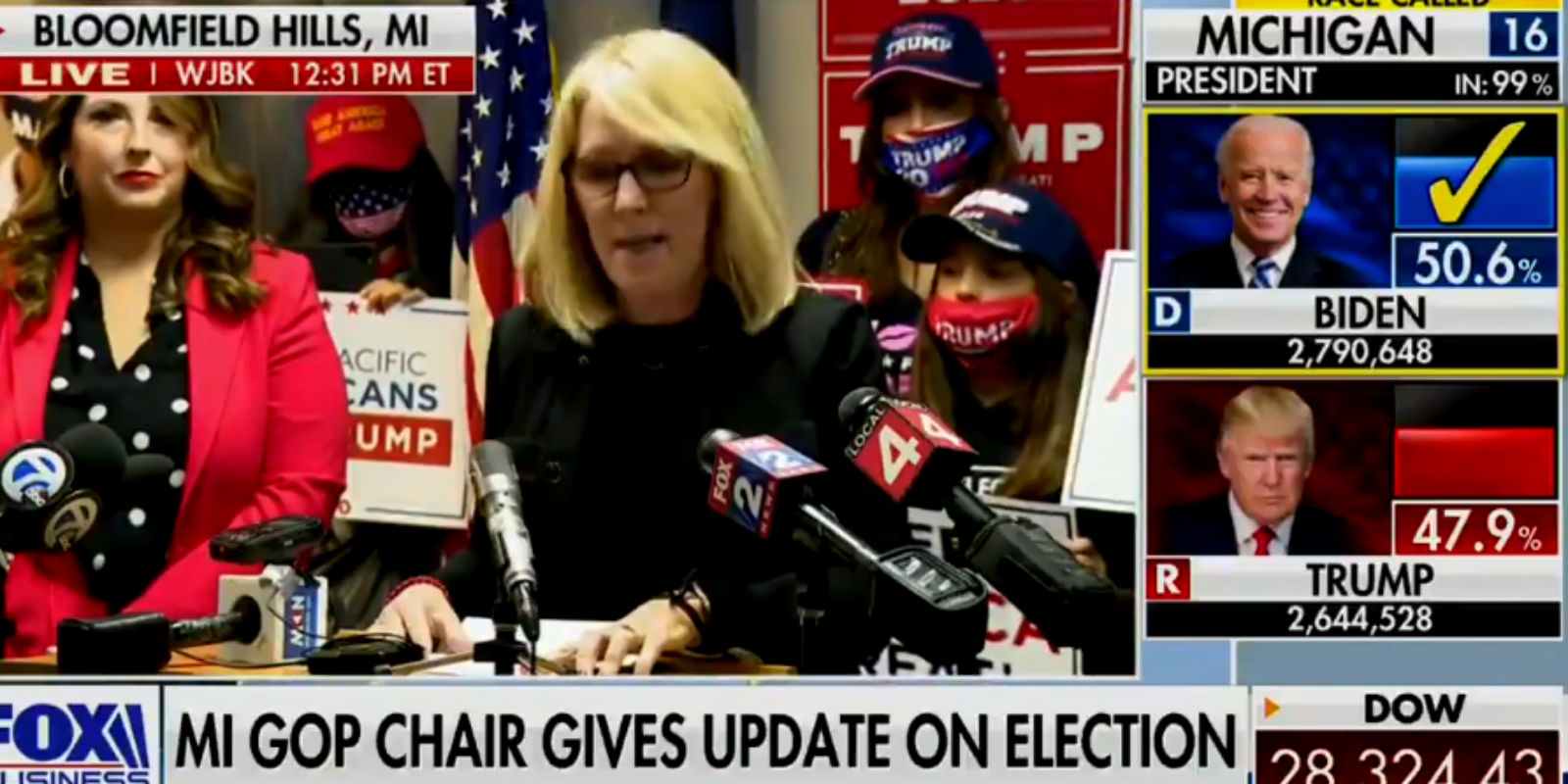 The software used to tabulate votes in one Michigan county sent at least 6,000 Republican votes to Democratic candidates, the state's GOP Chairwoman Laura Cox revealed at a press conference Friday. The county has since swung back to Republican.

47 counties used this malfunctioning software, Cox reported while joined by Republican National Committee Chairwoman Ronna McDaniel in Bloomfield Hills. The duo called on state officials to open up the ballot counting in Michigan.

The two outlined counting irregularities in the Detroit metro area, including the back-dating of ballots. Project Veritas recently released a whistleblower interview with a US Postal Service worker who alleged that mail fraud was committed in Traverse City, Michigan. The postmark scheme reportedly ordered the hand stamping of ballots retroactively to Nov. 3 even if delivered post-Election Day.

"In Antrim County, ballots were counted for Democrats that were meant for Republicans, causing a 6,000 vote swing against our candidates," Cox cited, explaining that the county clerk came forward to report that the "tabulating software glitched" and caused a "miscalculation of the votes."

Since then, officials have discovered that nearly 50 counties "used this same software in the same capacity," Cox stated.

"Antrim County had to hand count all of the ballots and these counties that used this software need to closely examine their results for similar discrepancies," Cox said, adding that "the people of Michigan deserve a transparent and open process."

"Other states may have, too," The Post Millennial's Ian Miles Cheong questioned, prompting if this ballot-counting incident was just a technical glitch or a "feature."