DeSantis' office said "We are suspending Soros-backed 13th circuit state attorney Andrew Warren for neglecting his duties as he pledges not to uphold the laws of the state." 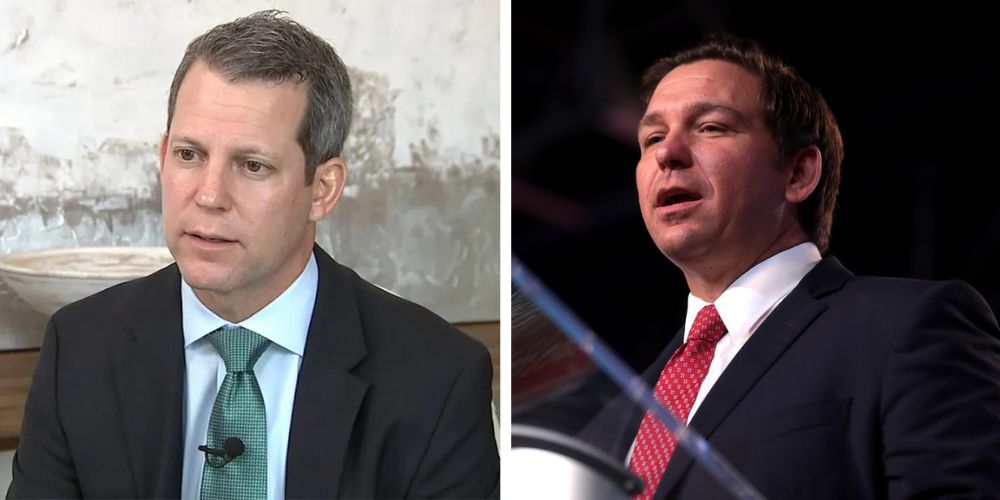 Following the suspension of Hillsborough County State Attorney Andrew Warren by Governor Ron DeSantis earlier this month, Warren has launched a lawsuit against DeSantis arguing that the leader violated his First Amendment rights.

The governor's office told The Post Millennial, "It’s not surprising Warren, who was suspended for refusing to follow the law, would file a legally baseless lawsuit challenging his suspension. We look forward to responding in court."

The lawsuit, according to The Hill, alleges that DeSantis did not list any conduct involving criminal activities that would warrant a suspension, with Warren saying that the governor is punishing him for voicing opinions opposite those the governor believes.

The order of termination issued by DeSantis' office this month cited Warren’s "erroneous understanding of his duties" which "recently culminated in his public declaration that he would not enforce criminal laws enacted by the Florida Legislature that prohibit providers from performing certain abortions to protect the lives of unborn children."

"The Florida Constitution sets very limited parameters under which a governor can suspend an elected official and what's happening here is, he's trying to overturn a free and fair election," Warren told CNN, alleging that because he'd won two elections it DeSantis was "throw[ing] out the votes of hundreds of thousands of Floridians by firing him.

In a statement to Fox News at the time of termination, DeSantis' office said "We are suspending Soros-backed 13th circuit state attorney Andrew Warren for neglecting his duties as he pledges not to uphold the laws of the state."

In a complaint filed on Wednesday in the District Court for the Northern District of Florida, attorneys for Warren stated, "The First Amendment still applies even though DeSantis is the Governor of Florida and that the Constitution of the State of Florida means what the courts say it means, not whatever DeSantis needs it to mean to silence his critics, promote his loyalists, and subvert the will of the voters."

In the order of suspension, it states that as early as June 2021, "Warren demonstrated his incompetence and willful defiance of his duties as a state attorney," coming when he signed a "joint statement" alongside other prosecutors "in support of gender-transition treatments for children and bathroom usage based on gender identity."

Noting the pledge signed by prosecutors around the country, Warren said that it was a "value statement," and not a final decision on how he may handle cases.

The order of suspension states that Warren "has acted as a law unto himself" by enacting policies of "presumptive non-enforcement" for certain criminal violations including trespassing at businesses, disorderly conduct, prostitution, and disorderly intoxication.

Speaking with CNN on Wednesday, Warren stated that "I can't enforce an unconstitutional law and no case has come before me yet. This isn't about anything that I've done. This is about what I've said."

The Hill reported: "Warren’s lawsuit says the suspension was retaliatory after he opposed the governor on a number of issues, including DeSantis’ efforts to deny the restoration of voting rights for felons and create new crimes for public protests in response to the Black Lives Matter movement as well as the new abortion restrictions."

Warren had also been the chair of the Safety & Justice Task Force, which was headed by the Florida Democratic Party. During his time in office, Warren appeared to blur the line between activism on behalf of the party and his job as state prosecutor.

"These leaders will be working across the state over the next several months, gathering ideas from local leaders, law enforcement, and victim advocates to help bring Florida’s justice system into the 21st Century," the party stated. "The mission of the Safety & Justice Task Force is to develop common-sense solutions around criminal justice and police reform that improve safety for Florida families and respect the rights of every citizen."

In March, the task force held a conversation with local organizations and groups associated with law enforcement and the criminal justice system to discuss gun violence in the state.