Speed limits will be raised to 110 km/h on three 400-series highways in the province of Ontario. 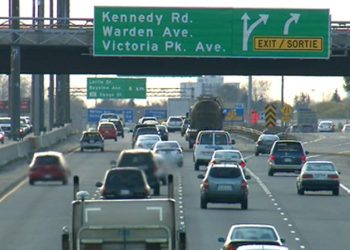 Speed limits will be raised to 110 km/h on three 400-series highways in the province of Ontario.

The limit raise comes shortly after the provincial government conducted a review of the limits.

The new law will begin in September and effect the following highways:

The announcement was made earlier today by Transportation Minister Jeff Yurek. The province will also be investigating a pilot project to raise the speed limits on several roads in Northern Ontario.

“Safety is the government’s number one priority and each pilot location  was carefully chosen based on a number of factors, including its ability  to accommodate higher speed limits,” said Yurek in a government press release.

Further signage will be installed and the government will release messaging to update Ontario citizens on the changes.