"We believe we have a critical role to play in supporting creator expression while balancing it with the safety of our users," Spotify CEO Daniel Ek said. 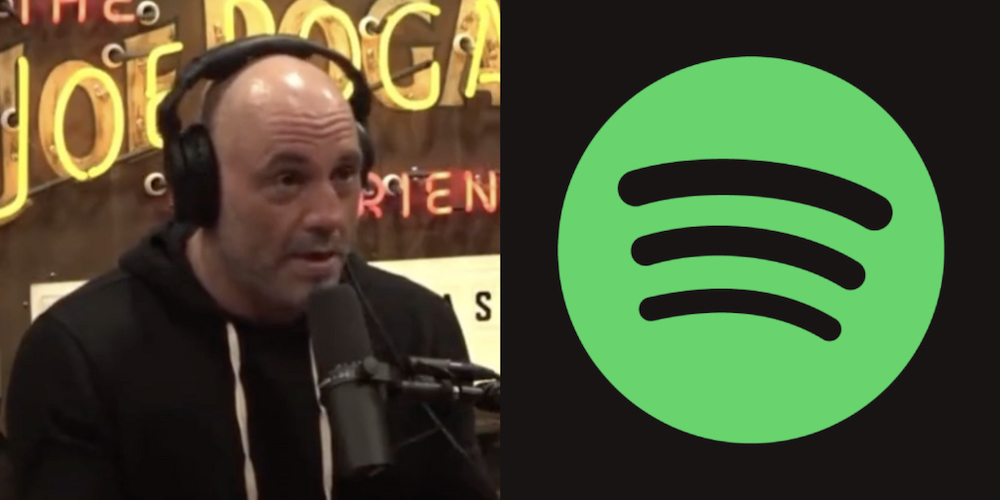 According to two employees present at the event, Ek reiterated that as a platform, Spotify cannot tell Rogan who to interview or what to talk about.

According to one employee, Ek said that "Spotify doesn’t approve Rogan’s guest list. They don’t look at his content until it goes up, and so they don’t have editing power." He added that, "They just look at it after it’s already on the platform and remove it if it doesn’t meet guidelines."

A second employee said that Ek and chief content and advertising business officer Dawn Ostroff "repeatedly used the phrase 'if we were a publisher,' very strongly implying we are not a publisher, so we don’t have editorial responsibility." The town hall's chatroom was largely comments "about how Spotify’s exclusive with Rogan means it’s more than just a regular platform," the employee added.

Critics have argued that because Spotify has an exclusive deal with Rogan, they can no longer be considered a platform, but should be considered publishers who are liable for the content streamed via the service.

The discussion over Rogan's podcast comes after Neil Young kicked off a movement to encourage other artists to remove their content from the platform in protest over what they deemed to be "COVID misinformation" on Rogan's podcast.

Spotify agreed to add warnings on content addressing the virus.

As Variety reports, Ek further discussed the new policies at a recent Q&A session for investors. "We believe we have a critical role to play in supporting creator expression while balancing it with the safety of our users," Ek said, "and we will continue to partner with experts."

"We don’t change our policies based on one creator, nor do we change it based on any media cycle or call from anyone else," he added. "Our policies have been carefully written with the input from numbers of internal and external experts in this space. And I do believe they’re right for our platform. And while Joe [Rogan] has a massive audience, and is actually the No. 1 podcast in more than 90 markets, he also has to abide by those policies."