A whistleblower has leaked emails to Consumers’ Research detailing State Farm’s newest initiative with the GenderCool Project, which aims to put a three-book collection on transgenderism and sexuality in the hands of children as young as five years old. 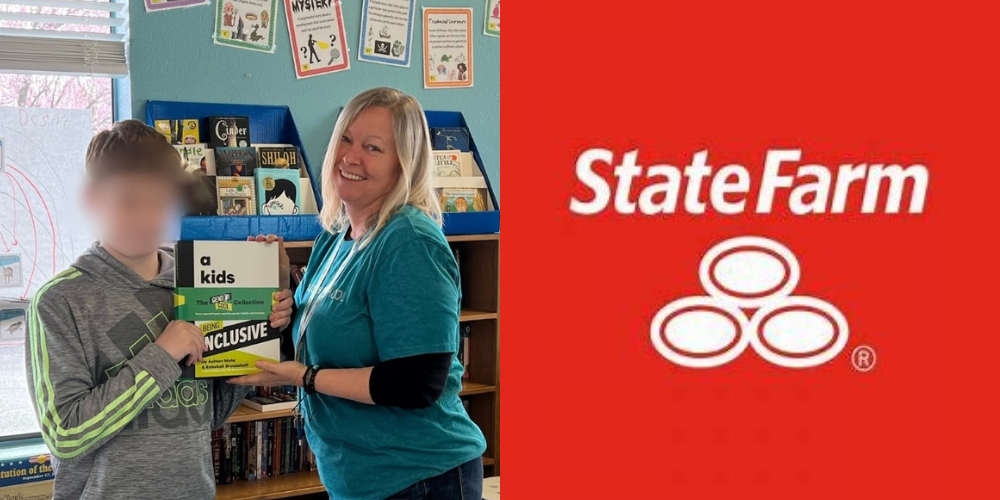 Like a good neighbor, State Farm is—distributing LGBTQ literature to children? A whistleblower has leaked emails to Consumers’ Research detailing State Farm’s newest initiative with the GenderCool Project, which aims to put a three-book collection on transgenderism and sexuality in the hands of children as young as five years old. The GenderCool collection contains one book on "being transgender," one on "being inclusive," and one on "being non-binary," reports the National Review.

The push for teachers and schools to promote discussions about sexuality has become even more disturbing in recent weeks, with one school teacher bragging about wearing women’s underwear to school and coming out to his students as non-binary.

Consumers’ Research Executive Director, Will Hild told Fox News they are "launching a campaign against State Farm Insurance because recently, a whistleblower brought to our attention evidence, email chain traffic, showing that they have been intentionally trying target kindergarteners for discussion around transgender issues, sexual identity issues, without notifying their parents, without their consent, and specifically targeting them in the public schools."

The emails reveal that the partnership aims to "increase representation of LGBTQ+ books and support our communities in having challenging, important and empowering conversations with children age 5+." Continuing, the email reads, "Nationwide, approximately 550 State Farm agents and employees will have the opportunity to donate this 3 book bundle to their local teacher, community center or library of their choice."

State Farm has already placed the collection in schools from coast to coast with their initiative. The Seabury School, a pre-k to eighth-grade school for gifted children in Washington state, has already boasted about receiving one of these collections, posting a photo with a teacher and a young child holding up A Kid’s Guide to Being Inclusive.

The revelation about State Farm’s initiative for gender-queer toddlers follows closely behind a series of public schools facing backlash over gender and sexuality-centered curriculum for children, with Maine’s Department of Education removing a lesson for kindergarteners that featured LGBT content. The lesson went as far as to tell the five-year-olds that "A transgender person is someone who the doctors made a mistake about when they were born."

Even lifelong Democrats like Bill Maher have expressed concerns over the ever-growing number of self-identified LGBT Americans, suggesting that it may be a result of being "trendy." This ‘trendiness’ undoubtedly starts with our youth and in the classroom, and is being looked at more skeptically by a growing number of parents nationwide whose children are being pressured into making life-altering decisions about gender.

In addition to the GenderCool Project, StateFarm has separate partnerships with a variety of LGBTQ groups including the Gay Lesbian Straight Education Network (GLSEN), an organization that aides children in K-12 schools with resources on transgenderism and sexual orientation.

Update: State Farm responded with a statement after the backlash from consumers.