John Chrisholm has a track record of his office releasing prolific offenders, as well as not filing charges against them. 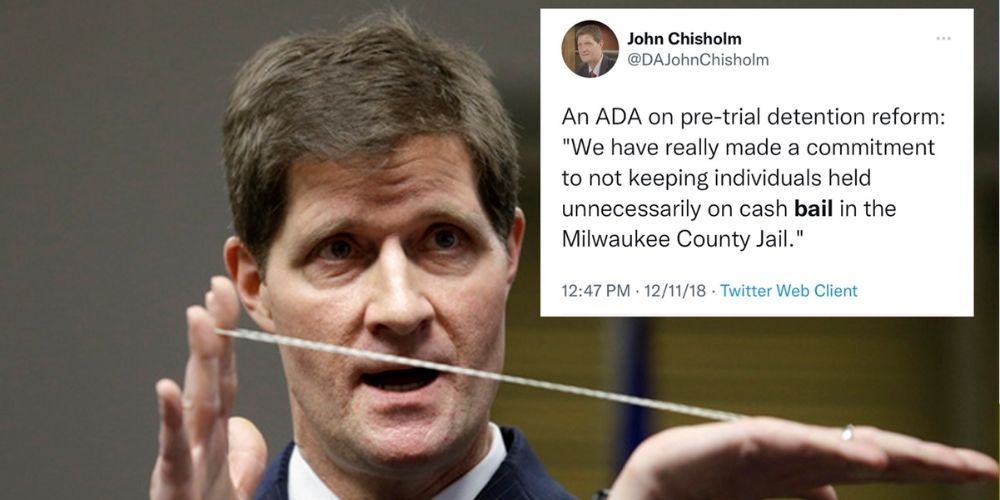 Following the arrest of a career criminal as the suspect in Sunday’s 'mass casualty incident' in Waukesha, Wisconsin, questions began to swirl regarding how a career criminal was released on cash bail two days before the incident. So far, five have been confirmed dead, more than 40 injured, many children among them.

Milwaukee County District Attorney John Theodore Chisholm has a track record of his office releasing prolific offenders, as well as not filing charges against them.

In December of 2018, Chrisholm boasted on social media about a report profiling his office. Chrisholm tweeted, "An ADA on our office philosophy: 'It doesn’t benefit anybody for someone, for example, to be prison bound because they have a significant substance abuse issue or a diagnosed history of mental health issues. We try to divert those cases away from a traditional prosecution model.'"

He added another post which read, "An ADA on the paradigm shift we have effected in the Milwaukee County prosecution system: 'I would say the biggest change that I have perceived is trying to find ways to avoid prosecution in more cases and to see what can be done in terms of alternatives to prosecution.'"

Chrisholm touted in the thread that his office was "focused on reducing the use of incarceration in nearly all cases ... Overall, prosecutors prioritize addressing the root causes of criminal behavior – substance use, mental health issues – and seek out alternative sentences, even for some violent offenders."

He also stated with regard to pre-trial detention reform: "We have really made a commitment to not keeping individuals held unnecessarily on cash bail in the Milwaukee County Jail."

According to court documents, 39-year-old Darrell Edward Brooks Jr. the suspect in the mass casualty incident was released on cash bail for three misdemeanors and two felonies two days before the tragedy.

The driver of the red SUV plowed through a police line at high speed and into a parade of Christmas marchers on Sunday, impacting more than 20 adults and children in a graphic scene captured on the city’s livestream and cellphones of bystanders.

Chrisholm has also tweeted support for other radical DA’s across the country who share his desire to remake the justice system by not prosecuting criminals including George Gascon an Chesa Boudin.

In April, Franklin Mayor Steve Olson called out Chisholm for failing to prosecute an alleged multi-million dollar marijuana grow located in a residential area, not far from a school.

According to as Wisconsin Right Now Chisholm’s non-prosecution numbers "…skyrocketed in the past year at a time that violent crime and homicide exploded in the City of Milwaukee." Chrisholm refused to prosecute "6 in 10 of every felony charge requested by police last year."