Taliban executed Afghan comedian on claims he worked against their interests

Nazar Mohammad mocked the Taliban online. At the end of July their forces executed him on the belief he worked for Afghan National Police. 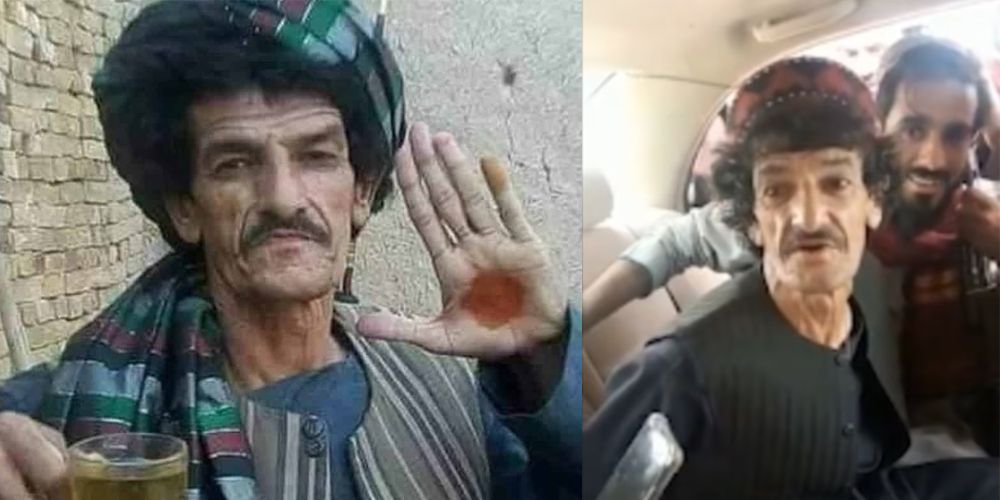 The Taliban claim to welcome international suggestions after rising to global prominence in their takeover of Afghanistan and its capital Kabul.

However, a recent report from the Daily Mail found the group of Islamic militants has not deviated from their methods of punishment.

Nazar Mohammad from the Kandahar province, also Khasha Zwan, died by a Taliban firing squad after the comedian made fun of the group over TikTok.

"Updated: Nazar Mohammad “Khasha” was a beloved comedian, bringing laughter & joy to his community even in dark times. The Taliban kidnapped & lynched him, then gleefully published video evidence on Twitter. We condemn these sickening actions & the Taliban leadership should too."

In this (age-restricted) YouTube video, Nazar Mohammad smoked a joint and mocked the Taliban. He also threw jabs at the group’s leader Mullah Omar.

This reportedly led to Taliban forces punishing him.

"Even our youngest daughter’s screams didn’t stop them from taking my husband," Nazar’s wife said according to a French outlet.

Two Taliban soldiers were seen on both sides of Nazar Mohammad as they took him away from his home. The outlet described Nazar’s death as via firing squad. Then, they placed him up against a tree before they slit his throat.

The Taliban at first denied the men who killed Nazar were from the Taliban. They then alleged the comedian was involved in the "torture and killing of Taliban," citing his history of working for the Afghan National Police.

However, Nazar’s family dispute the claim. They said Nazar's involvement was limited to performing in front of Afghani security forces.

It’s a scandal for the "new" Taliban who said Nazar should’ve faced trial rather than being executed.

However the methodology isn't beyond the Taliban's modus operandi. Earlier this month, their forces executed a local police official in the Badghis province.

Nazar Mohammad leaves behind six children. "My father was trying to bring a smile to people's faces," one child told the media.