A mural of George Floyd in Kabul has been painted over by the Taliban. The erasure is part of the Taliban's project to replace secular murals with Islamic slogans and paintings of new, Taliban flags. 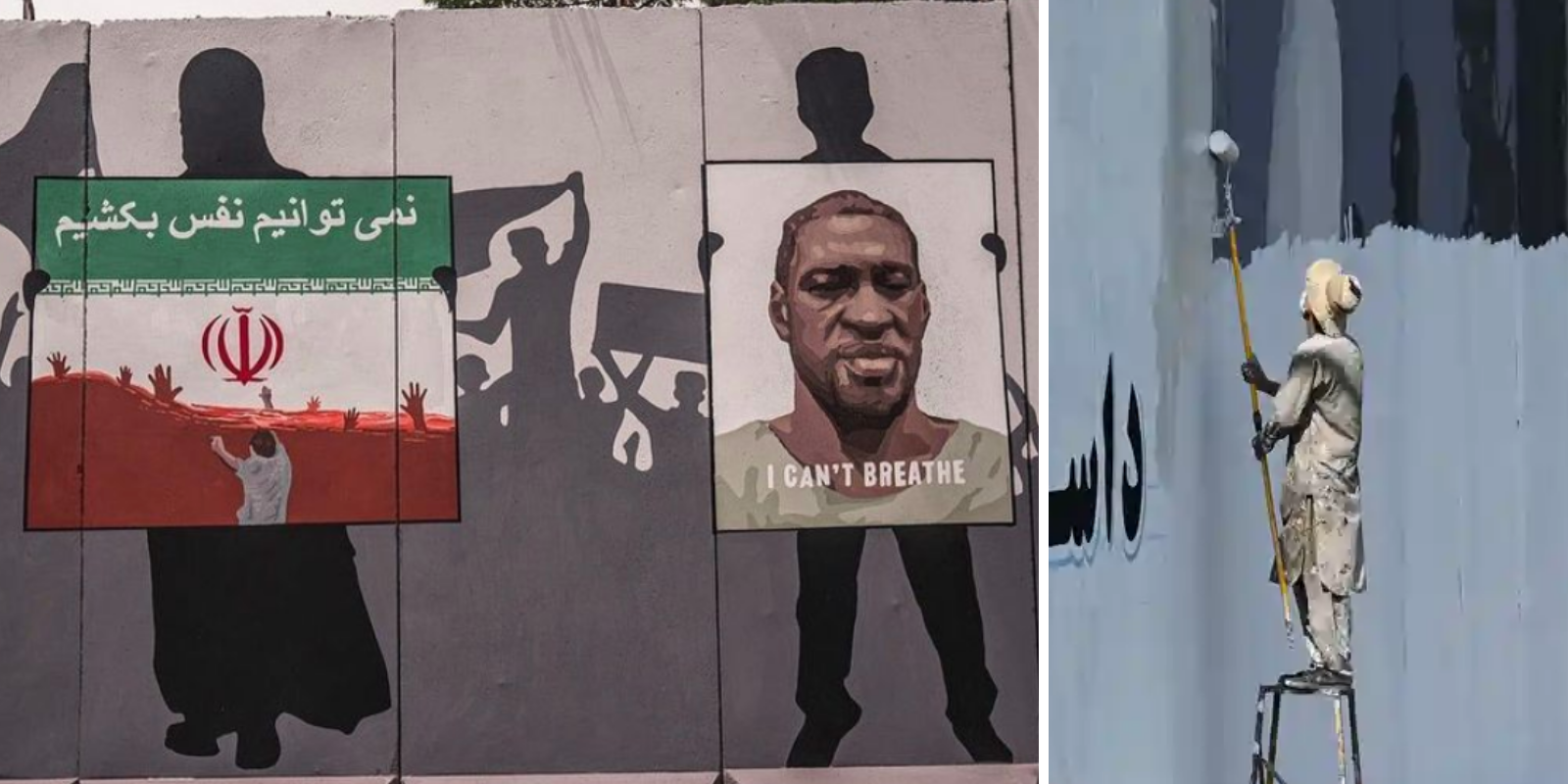 A mural of George Floyd in Kabul has been painted over by the Taliban. The erasure is part of the Taliban's project to replace secular murals with Islamic slogans and paintings of new, Taliban flags.

The revelation that this mural had been painted over led many to wonder what a mural of George Floyd was doing in the nation in the first place. Floyd died in the US in May 2020 and became he focal point of intensive protesting and rioting across the nation for months.

The Floyd mural, like many of those that were painted over were made by a group called Artlords, co-founded by Omaid Sharifi. They used blast barriers and walls for their canvas over the past eight years in Kabul. Artlords is funded, in part, by the National Endowment for Democracy, the Canadian Embassy, and UNICEF.

They posted the mural of Floyd on their Instagram on June 10, 2020, two weeks after Floyd died in a Minneapolis parking lot on May 25, 2020.

Other murals to their credit include one depicted to Japanese doctor Tetsu Nakamura, who was also an aid worker, and was killed in 2019 The Guardian reports.

Artlords lists as its mission "Transforming the aggressive face of Kabul, spoiled by blast walls into a pleasant visual experience." The group was founded in 2014 as "a grassroots movement of artists and volunteers motivated by the desire to pave the way for social transformation and behavioral change through employing the soft power of art and culture as a non-intrusive approach."

Sharifi and the Artlords began a mural outside a government building as the Taliban approached Kabul on August 15. They made short work of taking over the city and reclaiming it from the Afghan government and the Americans.

Sharifi said that "These murals not only belong to me or the Artlords, they belong to the people of Afghanistan because for each of them we invited 50 to 200 people to paint them. These are about the wishes, demands and the asks of Afghan people. It was their voice on these walls. These murals were against corruption and were pushing for transparency."

In his view, The Guardian reports, the "Taliban are trying to silence people by destroying the murals with their comments on social issues."

"Our aim was to promote critical thinking and put pressure on the government to accept people’s demands," Sharifi said. "Taliban was and is an armed movement that only understands guns, violence, beating, beheading, suicide vests and bombs. There is no vocabulary about art in the Taliban's dictionary. They even cannot imagine art. I think they don't understand it, that's why they are destroying it."