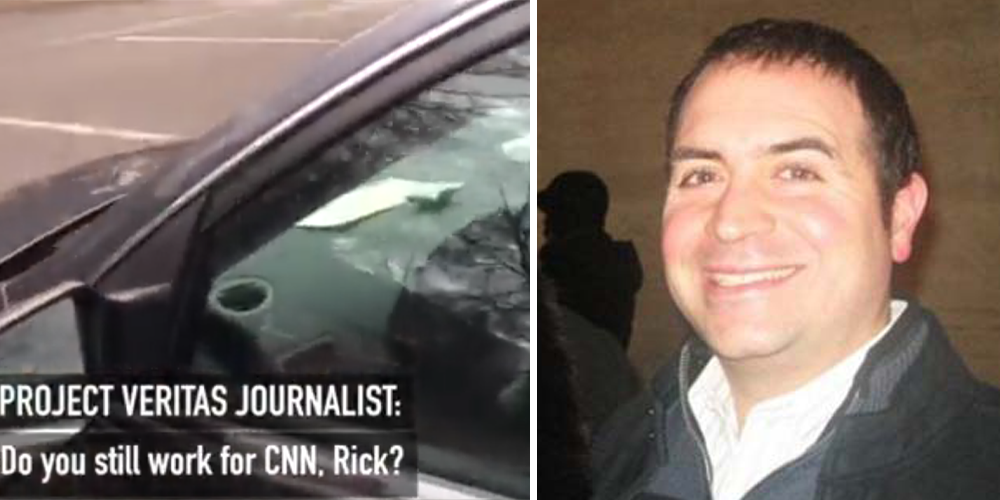 Jake Tapper’s disgraced producer Rick Saleeby, who was outed by Project Veritas for a series of “creepy” voice messages, allegedly made by him about a woman’s underaged daughter, appeared in Fairfax County, Virginia court today.

Confronted by a crew from Project Veritas, Saleeby refused to answer as to whether he was still working for CNN.

Saleeby was reportedly answering to a protective order placed against him by his former fiancé, who went to Project Veritas with the text messages and voice mails.

“Saleeby is currently under investigation for possible sex crimes involving children, thanks to a Project Veritas story published on December 15,” Project Veritas reported.

“When questioned by a Project Veritas reporter outside the courthouse, Saleeby offered no comment, raced to get in his car, and sped away. His attorney, Patrick O’Brien, with Dischley Law, also offered no comment.”

According to Fairfax County Police, the police department has launched an investigation into the allegations involving potential juvenile victims.

“Detectives assigned to the Child Exploitation Squad of the Major Crimes Bureau are leading the investigation. While we will eventually be transparent about our findings, safeguarding the personal privacy and safety of victims and witnesses as well as maintaining the integrity of our criminal investigation are of paramount importance,” said the police in a statement to Project Veritas.

“At this time, we are not in a position to provide additional detail on the scope or nature of this investigation.”

CNN has remained silent on the allegations against Saleeby. With an exception to former host Chris Cuomo, the network has refused to comment on cases involving allegations of sexual misconduct by their employees.