The parent of a Las Vegas fourth grade student has alleged that a substitute teacher taped a face mask to her son's face during class at a Clark County, Nevada elementary school. 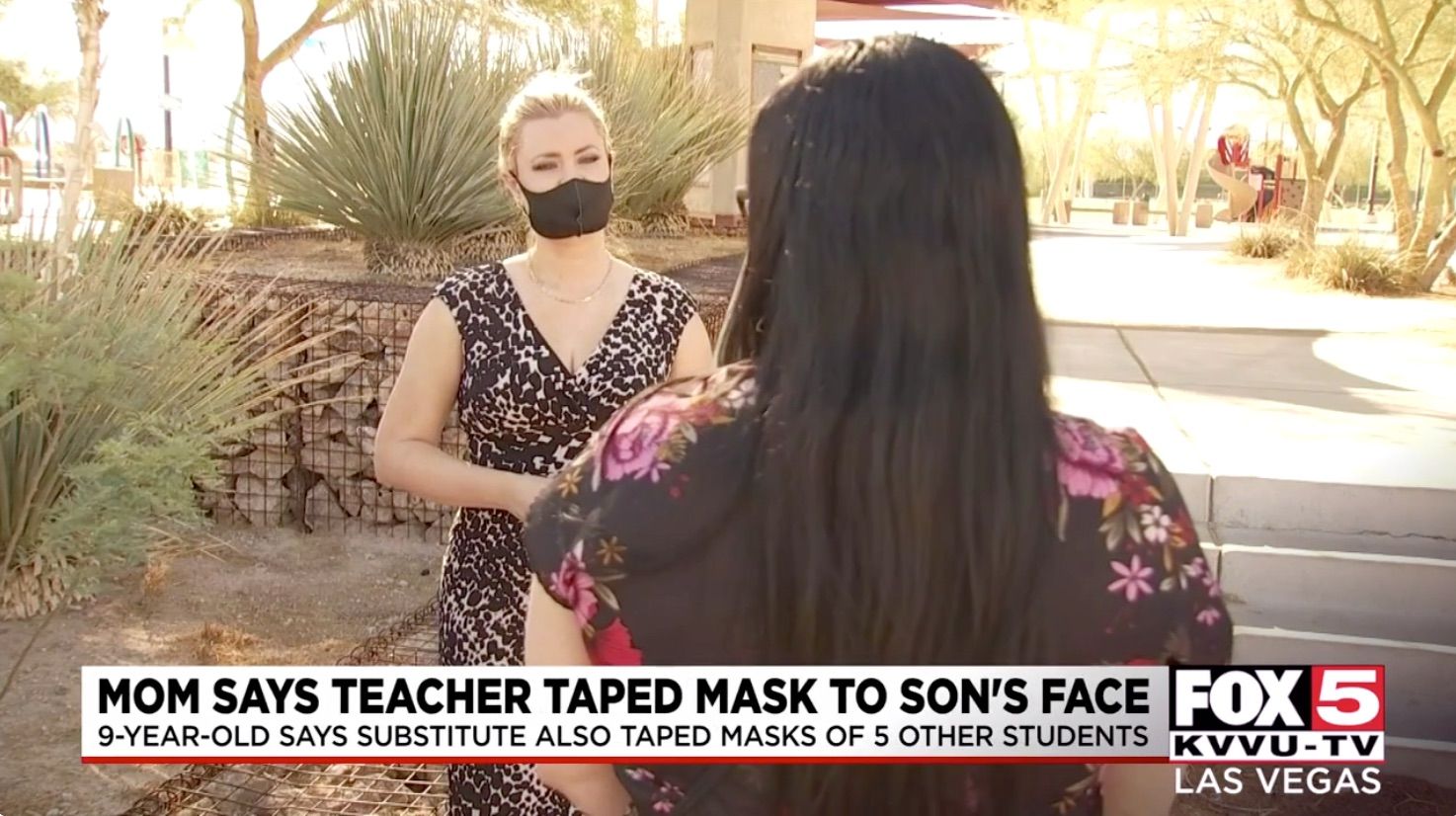 The parent of a Las Vegas fourth grade student has alleged that a substitute teacher taped a face mask to her son's face during class at a Clark County, Nevada elementary school.

The mother spoke to a local Fox affiliate on the condition of anonymity about the alleged incident at Reedom Elementary School in Las Vegas. The mother filed a police report about the incident.

"I was furious, furious. I was scared for my son on what kind of long-term effect it is going to have on him socially, the fact that the entire class was laughing," the distraught woman told Fox 5 Las Vegas in an interview.

"He went to get a sip of water, forgot to put the mask on. The teacher did not tell him to put it back on or send him to the office, she instead pulled him up in front of the classroom in front of all of the students and she then taped the mask across the top of his face."

It was when the child went to the office to pick up some homework that "one of the administrators noticed the tape on his face." Clark County currently has a mask mandate in place for students.

The Clark County School District issued the following statement as regards the allegations: "The district is aware of the isolated incident and is dealing with the employee through the proper channels. The principal proactively notified the family of the investigation."

The mother further iterated that she felt that the substitute teacher should be barred for life from teaching. "It's crazy. Corporal punishment in schools should not be happening," commented the mother, adding that she was thinking of pulling her child out of the school.

Her son told her that he saw at least five other students who had masks taped to their faces.