Texas school shooter was known to police, bullied by classmates

It was reported that the shooter, while living with his mother, was visited by police due to conflicts between the two. 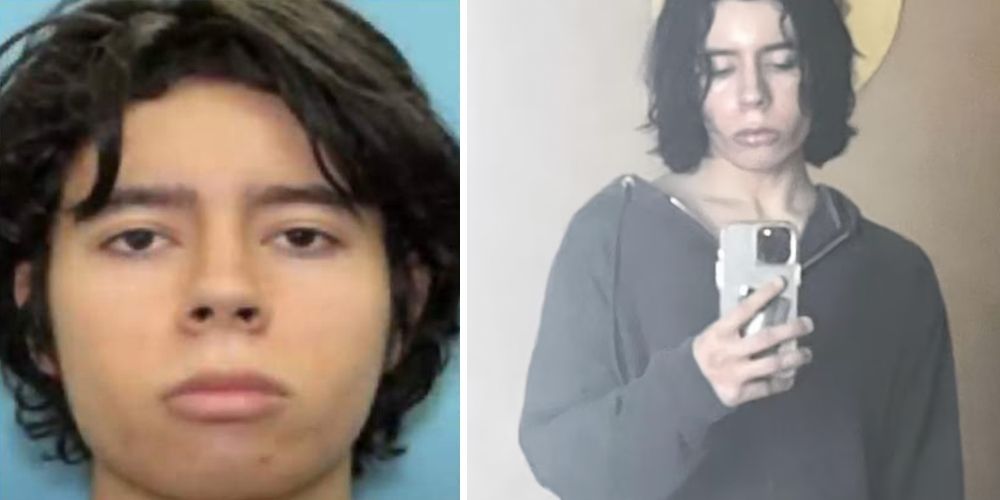 Those that knew Robb Elementary School shooting suspect Salvador Ramos are speaking out after the 18-year-old, who was known to police, shot and killed at least 19 children and two adults, saying that the teen was bullied and "slowly dropped out" of school.

A former classmate of Ramos told CNN that he was somewhat "close" to Ramos, and the two would occasionally play Xbox together. It was reported that the shooter, while living with his mother, was visited by police due to conflicts between the two. "Ramos’s mother used drugs, which contributed to the upheaval in the home," the Washington Post reports.

"He would message me here and there, and four days ago he sent me a picture of the AR he was using … and a backpack full of 5.56 rounds, probably like seven mags," the classmate, who asked to not be identified by name, said.

"He proceeded to text me, 'I look very different now. You wouldn’t recognize me,'" he added.

The classmate said that Ramos was bullied by his classmates and others for the clothing he wore, for his lisp, and for his family’s financial situation, eventually leading him to attend classes less and less.

"He would, like, not go to school ... and he just, like, slowly dropped out," the classmate said. "He barely came to school."

One man who said he knew Ramos’ grandmother told Newsy that "the suspect was angry that he did not graduate" and had gotten into an argument with the grandmother shortly before the shooting occurred.

The grandmother was reportedly screaming "he shot me, he shot me." It was reported that he only recently began living with his grandparents when he and his mother stopped getting along.

Ramos then reportedly sped away, crashing near the school. It was shortly after this point that Ramos  reportedly entered the school and begun the shooting spree.

Santos Valdez Jr, who told The Washington Post that he had known Ramos since early elementary school had had been friends, said the friendship began to dissolve once Ramos’ behavior began to deteriorate.

The two used to play video games together, and on one night, Ramos came to a park where the two frequently played basketball with cuts across the face.

Ramos initially said that a cat had scratched his face, but later reportedly admitted that he did it.

"Then he told me the truth, that he’d cut up his face with knives over and over and over," Valdez said. "I was like, 'You’re crazy, bro, why would you do that?'"

Valdez said that Ramos said he did it for fun.

He noted that Ramos drove around with another friend at night on occasions and shot at random people with a BB gun, and egged people’s vehicles.

Stephen Garcia, who according to The Washington Post had considered himself Ramos’ best friend in eight grade, said "[Ramos] would get bullied hard, like bullied by a lot of people. Over social media, over gaming, over everything."

"He was the nicest kid, the most shyest kid. He just needed to break out of his shell."

Garcia said that Ramos once posted a photo of himself wearing black eyeliner to social media, being met with a slew of comments "using a derogatory term for a gay person," The Washington Post reported.

Garcia said that once Ramos and his mother relocated to a different part of Texas for her job, "he just started being a different person," Garcia said. "He kept getting worse and worse, and I don’t even know."

Nadia Reyes, a high school classmate, said that Ramos posted an Instagram story around two months ago in which he screamed at his mother, who was attempting to kick him out.

"He posted videos on his Instagram where the cops were there and he’d call his mom a b*tch and say she wanted to kick him out," Reyes said. "He’d be screaming and talking to his mom really aggressively."

Reyes said that Ramos got into fist fights with his peers in middle school on at least five occasions, and noted that any friendships he had were relatively short lived.

"He would take things too far, say something that shouldn’t be said, and then he would go into defense mode about it," Reyes said.

Garcia said that he received a slew of text messages as the news on what happened in Uvalde unfolded.

"I couldn’t even think, I couldn’t even talk to anyone. I just walked out of class, really upset, you know, bawling my eyes out," Garcia said. "Because I never expected him to hurt people."

"I think he needed mental help. And more closure with his family. And love."

Ramos’ neighbor Ruben Flores, 41, said he had a "pretty rough life" with his mother and that he had tried to be a father figure to the teen.

Ramos’ Wendy’s co-workers told The Daily Beast that the teen was "quiet" and had an "aggressive streak."

"He would be very rude towards the girls sometimes, and one of the cooks, threatening them by asking, 'Do you know who I am?' And he would also send inappropriate texts to the ladies," said a former co-worker, who asked that her name not be disclosed.

"At the park, there’d be videos of him trying to fight people with boxing gloves. He’d take them around with him."

Leading up to the shooting, Ramos had reportedly tagged an LA-based woman in posts showing his guns, The Daily Mail reported.

When the woman asked what, he said: "I’ll tell you before 11." Ramos began shooting shortly before noon local time.

He asked if the woman was going to repost his gun pictures , to which she asked, "what your guns gotta do with me."

"He's a stranger I know nothing about him he decided to tag me in his gun post," she wrote.

"I’m so sorry for the victims and their families I really don't know what to say."

She added: "The only reason I responded to him was because I was afraid of him I wish I stayed awake to at least try to convince him to not commit his crime. I didn't know."

Ramos had reportedly bought two rifles on his 18th birthday, which occurred just two days before the shooting.

In total, 19 children and two adults have been killed in the school. Ramos was shot and killed by a Border Patrol agent.