The consequences of the continued closure of secondary schools will be far more devastating than the health toll of the disease itself. 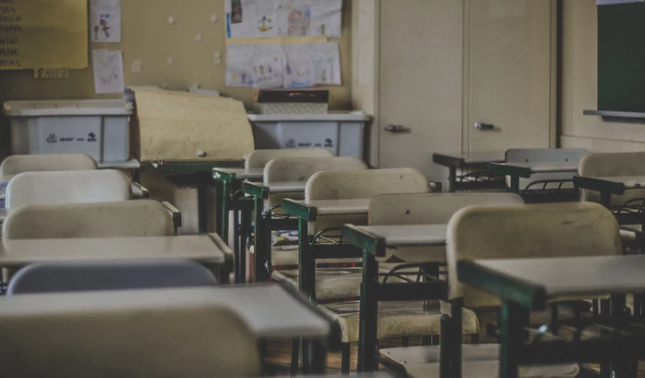 On Monday April 27th, the Quebec government unveiled plans for gradual school reopening in the wake of the COVID-19 pandemic. Elementary schools and daycare are to reopen in most of the Province on May 11, to be followed by the Greater Montreal region on May 19.

This is a welcome step toward bringing life to normal, but it is not enough. The consequences of keeping secondary schools—high-school starts in grade 7 in Quebec—closed are already disastrous on multiple levels. The negative toll on youth mental and physical health—and the strain on their families—will significantly worsen if youngsters are prevented from socializing, receiving normal instruction, and taking a break from screen time for another four months. The consequences of this closure will be far more devastating than the health toll of the disease itself.

As an anthropologist, behavioural scientist, professor of psychiatry, and expert on crowd behaviour and the impact of the Internet on mental health and society, I was among the rare voices who warned against people’s (and governments’!) tendency to overestimate mortality risks in late February and early March. As the crisis and pessimistic media coverage worsened throughout March and April, it soon became impossible to voice any opinion that went against the dominant apocalyptic scenarios.

We now have the benefit of hindsight and better information. Bodies never piled up in the streets. Most people’s experience of the pandemic involved luxury groceries, lazy Zoom meetings, long Netflix binges, mild neighbourly paranoia, and virtue-signaling (“stay the F*** home!”) social media posts. Thanks to our competent public authorities, our hospitals didn’t become overwhelmed. The real and only tragedy happened in old people’s homes.

The larger culprit for this drama is our society’s rampant individualism, disregard for elders, and the decrepit stables in which we had already, shamelessly, sent them to die, alone and unwashed. COVID-19 applied a merciless coup de grace to a social pathology that was already past the point of no-return.

This unspeakable tragedy—the “peak” as our officials put it—has already happened. Reopening schools and most businesses will not kill the dead again.  Keeping our youth in lockdown, however, will apply another coup de grace to a much wider social pathology: the epidemic of anxious, lonely, screen-addicted, physically inactive youth. An epidemic that many of us in the mental health community had already identified as a public health emergency—and so long before the COVID fiasco.

Unless our governments act now to reopen all schools, the consequences of isolation, lack of socialization, increased screen time, lack of physical activity, family stress, economic stress, and increased domestic abuse among children and adolescents will be absolutely disastrous. Few appear to have made the connection, for example, between the stress of confinement with the horror story of the Montreal mother who stabbed her two daughters  (one fatally) last week.

In addition to epidemic rates of anxiety among our youth, psychologists had already documented alarming rates of delayed maturation, from an inability to fall asleep alone or tie one’s shoe laces, to an incapacity to cope with exam stress. Screen time is the most frequently cited candidate culprit for this epidemic. With youth averaging between 4 and 7 hours of screen time per day, numerous studies noted children’s decreased ability to pick up on basic social cues, resolve social conflict, and relate to others more generally. With the usual parental struggle to control their kids’ screen time exponentially worsened by the quarantine and the prevalence of virtual learning, which turns screens into school, this epidemic of impaired development is sure to worsen. The complete absence of non-virtual social interactions, in turn, will take this disaster to absolutely uncharted grounds.

If such collateral damage is deemed acceptable by our governments, we should pause to examine the evidence for justifying it.

The initial doomsday prediction of 2.2. million dead in the US alone projected by Imperial College in London—the study that prompted a cascade of lockdowns around the world—never materialized. The initial 3.4% mortality rate calculated by the WHO was based on the number of patients sick enough to get tested and hospitalized. A wealth of herd immunity studies from France, Germany, the Netherlands, California, and New York, to name but few, have since estimated that the vast majority of people infected with the disease never developed any symptoms.

Sweden's Johan Giesecke (former Chief Scientist of the European Centre for Disease Control and Prevention and Stanford University´s John Ioannidis, for example (both world-renown epidemiologists), are convinced that COVID’s overall fatality rate will turn out to be within the range of 0.1 to 0.3 percent, and that it poses next to no threat to people under 60 and those without pre-existing conditions such as obesity, heart disease, or diabetes. While only time can give us an accurate picture of the overall death toll, we can note the complete absence of death in the under 30s age range in Quebec—the hardest-hit region in Canada.

We should refrain, however, from judging our governments too harshly. Our leaders made the best decisions they could, under conditions of extreme uncertainty. The public’s demand for extreme measures, rather, is emerging as a likely culprit in the epidemic of over-reaction. Social media and manically pessimistic news cycle, in turn, seem to have provided the vector for epidemic anxiety.

The information consumer's fascination for negative news is a well studied, modern phenomenon. This tendency has become exponentially amplified in recent years with smartphones and higher rates of internet addiction. This has been documented on a global level.

The tragic result of this terrible phenomenon has been the underreporting of good news about COVID, at the expense of "man-bites-dog" (this is Dr. Ioannidis' phrase) exceptions about young victims or crazy speculations about all that could go wrong with COVID.

The politicization of COVID thinking in the US, and the association of "no big deal" and "back to work" perspectives with the Trumpian right has accentuated the negativity bias of the liberal media and further prevented a healthy scientific debate from taking its course.

Judging by the tragedy in old people’s homes and the near total absence of severe cases among healthy people, it is at present unclear whether the lock-down had any effect on flattening the curve. What seems to have happened, rather, is that we failed to protect our elders while causing untold collateral damage to our economy, our families, and our mental health.

Our governments’ tough stance, it is now clear, should be directed at calming people’s fears. The parallel with the epidemic of overanxious children is most relevant here. In trying to appease their children’s fear of the dark, parents can go to extraordinary lengths in creating coddling rituals that implicitly reinforce their children’s irrational phobias and impair their ability to flourish. Our leaders must act out of rational compassion rather than shallow empathy. It is time to tell people to get over their irrational fears, and send the children back to school.

Samuel Veissière is an Assistant Professor of Psychiatry and Co-director of the Culture, Mind, and Brain Program at McGill University.