The environmentalist case against Bernie Sanders

Even though Senator Sanders is keen on highlighting the dangers of global warming, he’s the wrong man for the job. 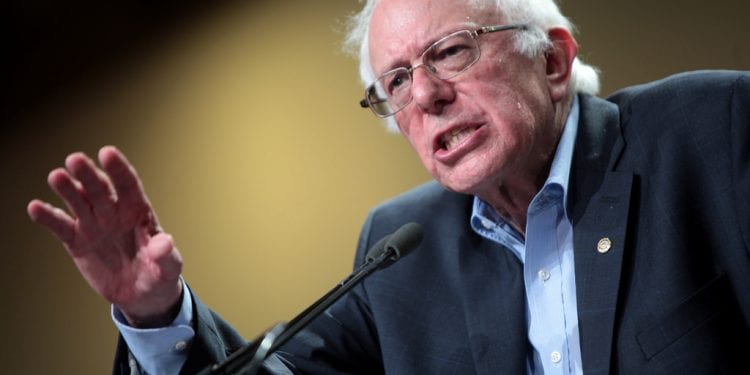 Democratic presidential candidate Bernie Sanders is making climate change a centerpiece of his 2020 campaign, referring to it both as a “moral issue” and “the single greatest threat to our planet.” He’s right. Climate change is an impending disaster that threatens everything we take for granted, from abundant food to livable cities.

Extreme weather events in the United States have steadily increased over the past several decades. According to the National Oceanic and Atmospheric Administration, climate disasters caused over $300 billion dollars’ worth of damage in 2017 as the country was hit with supercharged hurricanes and extended droughts. But even though Senator Sanders is keen on highlighting the dangers of global warming, he’s the wrong man for the job.

As global demand for electricity grows, the only feasible path to decarbonization is a combination of renewables and nuclear power. But Senator Sanders is a fierce opponent of nuclear power, which puts him at odds with scientists at the International Energy Agency (IEA), the Massachusetts Institute of Technology, and the Breakthrough Institute. Sanders’ position is remarkably short-sighted: nuclear energy is the only low-carbon form of electricity generation besides hydroelectric dams that can power our grids regardless of weather conditions.

That’s because nuclear plants utilize atomic fission, which releases an enormous amount of energy from a small amount of fuel. Fission produces no greenhouse gases and only minuscule quantities of solid waste, which are safely stored on site afterwards. And despite constant demonization by the media, it’s also among the safest ways to generate electricity —much safer than coal, oil, and shale gas.

So why the hostility? Many utility companies that own nuclear plants have engaged in shady behavior and benefit from corporate welfare, making them the perfect foil for an economic populist like Sanders. There’s also the fact that Sanders came of age during a major shift in the environmental movement. As Michael Shellenberger has documented, many of the environmental activists who opposed nuclear power in the 1970s were deep ecologists who despised technological development. Some, like David Brower and Mark Litton, believed that the world was already overpopulated.

They worried that access to clean and inexpensive electricity would cause the human population to explode and ruin the planet. Out of fairness, overpopulation was a serious concern for many social scientists at the time, and we should avoid casting these activists as clear-cut villains.  Nevertheless, their campaigns to halt the construction of new plants deliberately blurred the distinction between peaceful nuclear energy use and atomic weapons. It was a cynical move that produced a climate where environmentalism and opposition to nuclear power became synonymous.

Senator Sanders is no Mark Litton. A visit to his campaign’s website instantly makes clear that he’s a liberal humanist who advocates for welfare programs to protect vulnerable Americans—a far cry from the Malthusian logic that animated the green movements in the 1970s.  However, while many environmentalists have updated their positions on nuclear power because of the urgent need to reduce emissions, Senator Sanders has not.

He played a leading role in demanding the premature retirement of the Vermont Yankee Power Station, which was replaced with fossil fuels and contributed to a rise in greenhouse gas emissions in the region. Sanders also introduced legislation to make insuring nuclear power plants more expensive and has repeatedly called for a moratorium on renewing licenses for existing plants. If halting greenhouse gas emissions is your goal, then these are some of the worst policies you could possibly choose. In fact, the IEA released a report this week that showed countries around the world need to scale up existing nuclear capacity by 80% of present levels by 2040 to avoid the worst consequences of climate change.

Supporting nuclear power doesn’t automatically place you to the right of Senator Sanders, nor is supporting a pro-nuclear climate skeptic like Donald Trump a viable alternative. Many thoughtful progressives in the Democratic Party understand that nuclear energy is important, including presidential candidates like Senator Cory Booker, Joe Biden and Governor Jay Inslee. The bottom line is that if you’re a climate hawk like I am, it’s time to endorse public servants who have viable plans to save the Earth.