The UN and WHO are in desperate need of fiscal transparency

The UN, WHO, and its various arms should not be immune from scrutiny when they call on governments to donate vital resources. 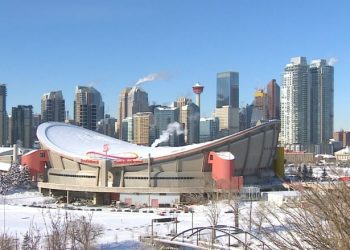 The least developed countries are the most vulnerable to the threat posed by the COVID-19 pandemic. These regions often have dense populations, highly inadequate health infrastructure, and lack basic hygiene supplies required to combat the spread of the virus.

In response, the World Health Organization (WHO) initiated a global fundraising effort to coordinate, gather, and distribute the necessary resources. The WHO, via the United Nations Office for the Coordination of Humanitarian Affairs (UN-OCHA), has called on governments to donate $2 billion to the global "COVID-19 Emergency Plan."

The contributions coming from governments are significant, with Japan pledging approximately $106 million and the EU $66 million. Others, including Australia and France, are providing sums in the $1 to $5 million range, in addition to bilateral contributions made to countries or organizations outside of the UN-WHO framework. Canada, for example, announced that it would be providing $159 million to COVID-19 related efforts, including to date $25 million to the UN campaign.

While noble in principle, this massive fundraising campaign is also risky. In past emergencies, funds meant to help desperate populations were diverted and abused, to the detriment of intended beneficiaries. In recent years, Oxfam was caught in a "sex for food" scandal in Haiti; Canadian aid was stolen by Al Qaeda-linked terrorists in Syria; and the World Food Programme has reported on its food aid being diverted to warring parties in Yemen, to name just a few.

These failures are the result of a chronic lack of oversight in the humanitarian aid process. Every year, governments provide hundreds of millions in taxpayer funds to international organizations, such as UN-OCHA and WHO, for countless projects in multiple countries and crises.

The funds are then distributed to specific projects, with international and local non-governmental organizations (NGOs) serving as the project implementers –  a process taking place with little involvement or due diligence from the donor government. It is no wonder that scandals arise as the ability to accurately track the flow of funds and work of NGOs thousands of miles away is extremely challenging, if not impossible.

The absence of due diligence is reflected in the West Bank and Gaza, where the COVID-19 response plan includes putting donor funds for "Health and Nutrition" into the hands of two affiliates of the Popular Front for the Liberation of Palestine (PFLP) terror group. The first group, Union of Health Work Committees (UHWC), is identified by Fatah as a PFLP "affiliate" and by a 1993 USAID-engaged audit as the "the PFLP’s health organization." The second, Health Work Committees (HWC), is UHWC’s West Bank spinoff and was declared an "unauthorized association" by Israel’s Defense Minister in 2015. Both groups have multiple staff members, founders, board members, general assembly members, and senior staff members with ties to the PFLP terror group.

Another fundamental concern involving the humanitarian aid process is waste. In times of crisis, such as the COVID-19 pandemic, the UN’s immediate response appears to be to ask for more, without examining where funds might be used more efficiently.

Again, the case of the West Bank and Gaza provides important insights. The 2018-2022 UN Development Assistance Framework agreement, signed between the Palestinian Authority and the 24 UN agencies operating in the region, notes that approximately $18 million will be dedicated to "human rights mechanisms…to hold Israel accountable for its obligations under international law." Part of this funding is for writing, with UN help, 33 shadow reports that target Israel at UN treaty bodies. In simple terms, $18 million is to be distributed to groups, not for development or humanitarian purposes, but for anti-Israel advocacy and political warfare.

In the current crisis, the UN should first be analyzing this type of funding and be redistributing political grants for use in urgent lifesaving matters. It is unclear if this step is being taken, as the only "UN to UN" funding that is transparent appears to be provided from the UN’s own "emergency" or "health" sources, not from politically motivated projects, such as the above.

Making matters worse, the UN itself is suffering from a liquidity crisis and asking governments for funds to support its own operations. Peacekeeping and other aid missions will apparently suffer, yet there is little public discussion on where the UN could eliminate waste from within. The UN Human Rights Council – with its $200 million annual budget and members including abusive regimes like Saudi Arabia, Venezuela, China, and Qatar—comes to mind as a possible place to save. Similarly, the 56 different "Special Procedures" positions, nominated by the UN to a variety of thematic and country areas, should be reexamined. Surely, some of these positions could be combined and the costs associated with them reduced.

Fiscal responsibility is crucial for all levels of society during times of extreme crisis. The UN, WHO, and its various arms should not be immune from scrutiny when they call on governments to donate vital resources. Aid should be given, but only with care, with the knowledge that it is absolutely critical, and with the promise that none will be wasted. As of now, the UN and WHO cannot claim to be upholding their end of the bargain.