"I loved Theranos. It was my life's work," Holmes said. "My team meant the world to me. I am devastated by my failings. I'm so so sorry. I gave everything I had to build my company." 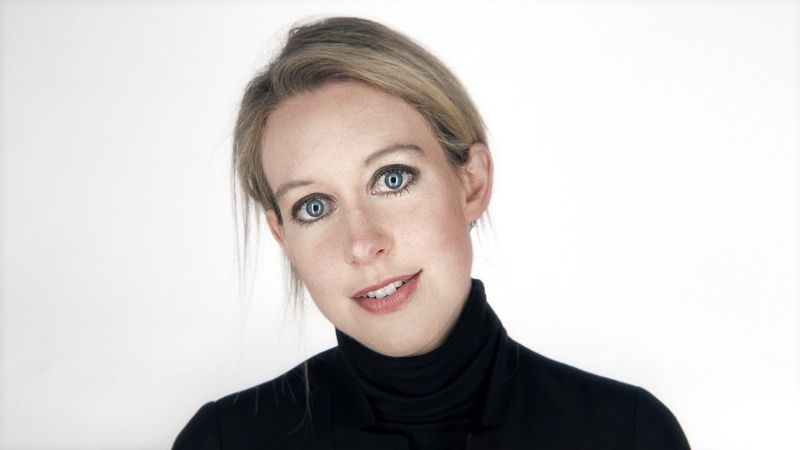 Olivia Rondeau
Nov 19, 2022 minute read
ADVERTISEMENT
ADVERTISEMENT
Elizabeth Holmes, the founder and former CEO of the now-defunct medical technology company Theranos, reportedly said "They don't put pretty people like me in jail," to a Walgreens representative in 2010, according to a sentencing memo filed by prosecutors last week. On Friday, the disgraced former biotechnology mogul was sentenced to serve more than 11 years in prison for fraud.

According to the Wall Street Journal, the exchange was between Holmes and a consultant hired by Walgreens, Kevin Hunter, as the pharmacy planned to partner with Theranos. Hunter confronted Holmes over her claims about her company's capabilities and "admonished her that her company was going to offer lab tests that people would use to make medical decisions, and warned her of the risk that she could be responsible for killing someone" and she replied "'They don't put pretty people like me in jail.'"

Holmes, who is portrayed by Amanda Seyfried in the Hulu series The Dropout, fell from being crowned as the youngest and wealthiest self-made female billionaire in America at 31 years old by Forbes to losing it all after deceiving investors.

Now 38, the former businesswoman will serve 135 months, or 11 years and three months, due to false claims she made about the efficacy of her firm's blood-testing technology, reports CNBC.

Holmes was convicted in the U.S. District Court for the Northern District of California back in January.

During her Friday sentencing hearing, the former billionaire cried while addressing the court.

"I loved Theranos. It was my life's work," Holmes said. "My team meant the world to me. I am devastated by my failings. I'm so so sorry. I gave everything I had to build my company."

The felon was also revealed to be pregnant according to court documents, per The New York Times. Holmes will welcome her second child behind bars.

Holmes is already a mother of one child she had with her partner Billy Evans in July, reported ABC News.

While her defense team argued that she should only face a maximum sentence of 18 months, the court found a longer punishment for the woman behind the lies that misled investors to believe that her company had developed a device that could test absurdly small amounts of blood.

Theranos, which was valued at $9 billion at its height, shut down in 2018.

"Thank you for having me. Thank you for the courtesy and respect you have shown me," Holmes said to the court. "I have felt deep pain for what people went through because I failed them. To investors, patients, I am sorry."

In July, former Theranos operating chief Ramesh "Sunny" Balwani, who was romantically involved with Holmes years ago, was found guilty of 12 criminal fraud charges. He will be sentenced next month.
ADVERTISEMENT
ADVERTISEMENT
Holmes