For the artists who present their work on this platform, and for the followers who like and comment, it’s a new way to see work, be inspired, and share ideas. 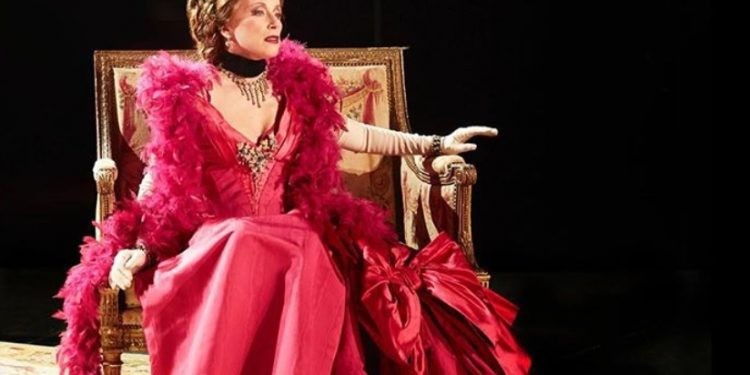 Contemporary art gets a pretty bad rap, but being able to access a museum full of new work through smart phone portal is an amazing advancement. For the artists who present their work on this platform, and for the followers who like and comment, it’s a new way to see work, be inspired, and share ideas.

These are my top five insta art accounts you should follow right now.

The 20th Century selfie photographer remade for an insta crowd is everything you’d want it to be. Cindy Sherman’s images are disturbing, twisted, and with quippy remarks. If Insta had existed in the 1980’s, Sherman may only have been known as an insta artist, because the medium itself fuels the drive to self reflection, or rather, to reflect on self image. Sherman has made a career of disfiguring her appearance, adding peculiar surroundings, often making herself hideous and frightening. She does this to make a point about the audience, how we see her, how we want to see her, and how we see ourselves. Culture shows us beautiful women, objectified female forms, inundates us with them, and Sherman was one of the first American artists to truly turn this on its head. She owns the object that is her self image and self expression, and dares us to look away. It’s barely possible. Each insta image has layers of reality to it. Cindy Sherman would be an ultimate purveyor of deep fakes, if it weren’t for the artistic sentiment. As she had remade herself in photographs throughout her career, she’s now remaking her career for this new platform.

I first saw Nona Faustine’s work when she showed “White Shoes” in 2013. Nude and in white heels, Faustine placed herself in her work, standing on an auction block in different places in New York City where slave auctions were held. “From Her Body Sprang Their Greatest Wealth” was taken on the site of a Colonial Slave Market on Wall Street, while “Over My Dead Body” shows the artist walking up the stairs of the Tweed Courthouse, which was built on top of the African Burial Ground. It’s a powerful statement on just what the City was built on, and what the land has been used for. Instead of implicating the public for not knowing, or for lack of awareness about the reality of the trade in human beings in colonial New York, but encourages us to understand, and to imagine ourselves, our mothers and daughters, standing on a block in the center of the universe, with no control over their fate, and no control over our own. On her insta, Faustine shares her work, her experiences in the art world, and incredibly dear photos of her family and friends. She’s also stunningly beautiful with an exquisite sense of style. Faustine shows at The Brooklyn Museum, The Ford Foundation, and is an artist whose impact on culture is just beginning.

Artist Alicia McDaid spoofs the culture of celebrity, and dashes the drive to view women as sex objects to bits, all while being damn sexy, and prancing around with her tits out. She has spoofed Cathy cartoons, with stocking over her head painted to look like the iconic Boomer underachiever. She’s dug into self-help tropes with Workouts for the Recently Divorced, and takes on some cringe-worthy bro personas that are all too familiar to any woman who has been paying attention. For a while, Dazzler was driving a cab and she’d pull up to an abandoned lot, or a gas station, step into the headlights, and dance for us, or maybe for herself. She’s danced off shoeless into LA puddles, rain cascading, and in her room, with her innocent Daschund in the background. These are primarily short video pieces, and one of the all time best is when she asks a stranger to dump a Big Gulp slushie on her head. She’s decked out in a swim suit, in the hot LA sun, and the stranger, with glee, with fear, with confusion, pours the blue icy over her. It spins out the image of the hot wet sexy girl, all sticky in blue, but complicit in her own objectification, instigating it herself. There’s also something of a barf factor to Dazzler’s work, as when various multicolored liquids spill out of her mouth and she smiles meaningfully at us. It’s an undeniable genre of sexy gross that I personally can’t look away from, and I won’t.

Paz de la Huerta, movie star, it girl, visual artist, muse, takes to insta with a raw, real life story. She documents her journey through celeb culture, the art world, New York nightlife, and isn’t afraid to expose her own demons along the way. Often salacious selfies that land her in hot water with critics are paired with long captions detailing the turmoil that has been a mainstay of her life for the past few years. More than images, this is a portrait of an artist in her own skin and her own words. The words come in a rush, without judgment or self censor, and as strong as her wish to be desired is her want to be known, and understood. A woman who is as used to being cherished as she is to being tossed aside by the fickle nature of fame and fortune, de la Huerta is beginning a new. She’s casting off the shell of her own image, along with much of her clothing, in an attempt to be truly honest with both her followers and herself. In de la Huerta’s insta we find an artist in transition between one life and another, and what she’s got to hold on to is her own narrative, her own talent, and a need to curate her own image. What we are seeing unfold is de la Huerta becoming her own muse, and learning to desire herself.

Kennedy Ringgold is an art student out of Baltimore’s Maryland Institute College of Art. I was I was made aware of this incredibly beautiful work by the writer Cija Jefferson, a signed copy of whose book Sonic Memories holds a place of honor on my shelf. The first image I saw gave me all the good kinds of chills. A portrait of two little girls, the older one holding the younger with a smile of content, the younger holding tight to the older girl, both with eyes closed, exudes love. The sun in their hair, the closeness between them, the soft, light fabrics, and the exquisite small details, give this painting a reality of both place and emotion. It’s hard to believe that Ringgold is a graduating senior, and this part of her thesis, as opposed to an older more established artist. The girls’ faces are so expressive, it’s truly a moment of love captured. When you can tear your eyes and heart away from the joy between them, their surroundings bring up questions. A phone booth with phone hanging on its long metal cable, the open door of a bodega, and the grey concrete sidewalk slabs, grey wall behind them, make us ask what this moment is about, whether they are coming or going, because for sure this isn’t a moment that can be inhabited forever. This painting is just the tip of the proverbial iceberg of Ringgold’s body of breathtaking, beautiful work that captures people and places, but mostly moments.